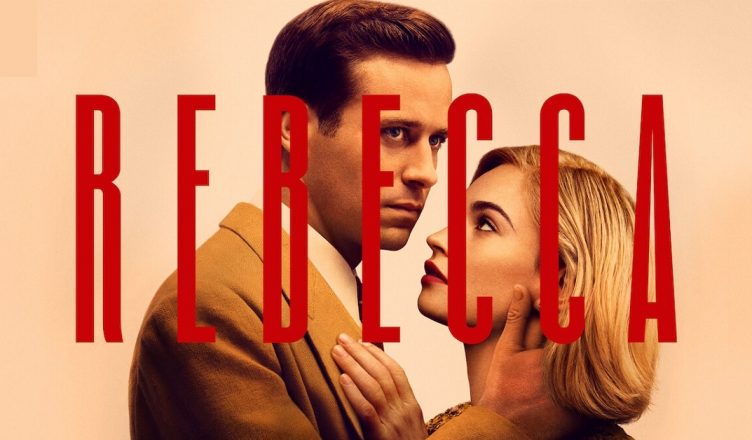 The much anticipated Rebecca (2020) was released on Netflix on 21st October, 2020. The film is adapted from Daphne du Maurier’s classic novel of the same name.

The plot features an unnamed young woman who falls in love with a rich widower, Maxim de Winter. In a haste, they both get married and the protagonist is given the title of Mrs. de Winter. However, she soon realises that every aspect of her new married life is being haunted by the memory of Maxim’s dead ex-wife, Rebecca.

Just like any other Netflix Original, this film is very beautiful in terms of appearance. The aesthetic cinematography of the film is quite appealing and keeps its audience entranced.

A big part of the plot is the huge mansion in which Maxim lives, Manderley. It’s clear that the production house did not spare any expenses in creating the beautiful set at a beautiful location. This is probably the film’s most attractive quality.

I am a huge fan of the book Rebecca by du Maurier and its 1940 adaptation by Alfred Hitchcock. I know that Hitchcock had already set the bar quite high and it was almost impossible to surpass his excellence. However, the new Rebecca didn’t even come anywhere close to it.

According to the novel, the story is based somewhere in late 30s or early 40s. This was a very conservative period and people did not have as much freedom as today, especially women. However, this adaptation failed to address this as the two main characters indulged in public display of affection numerous times. This detail distracted me from taking the historical setting seriously.

Another negative aspect was the casting. I am a big fan of Armie Hammer and love some of his work. However, he failed to impress in this movie with his emotionless acting. Lily James was also unable to bring the correct emotions in her acting and many times I felt her scenes quite tedious to watch.

The direction also irked me a bit. I felt that a few jump cuts and L-and-J cuts were unnecessary and only distracted the audience further from the plot.

Lastly, I think that the plot was romanticised far more than it should have been. The main focus of the plot was supposed to be on the mystery that is Rebecca, but the film failed to ignite my interest on the thriller aspect and kept its focus on the romantic aspect of Maxim and the protagonist’s relationship.

Despite being adapted from a widely acclaimed classic, the film failed to reach its standards. I would recommend watching the 1940 version of Rebecca by Alfred Hitchcock in order to get the best experience of the plot.

One thought on “Rebecca (2020): Very Beautiful And Very Bland”