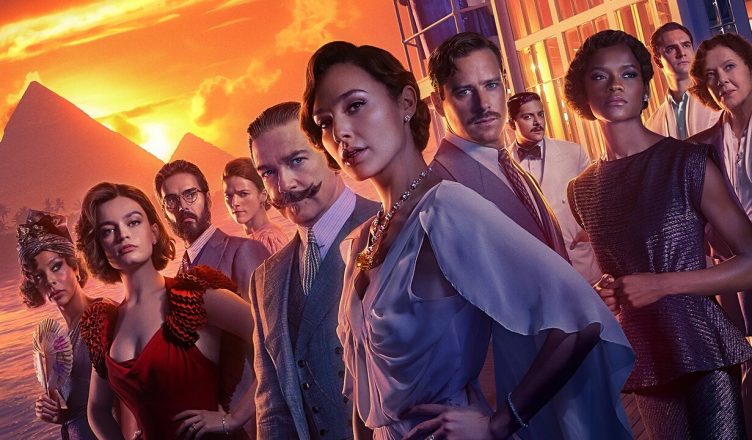 There’s a scene near the end of “Death on the Nile” that shows Sir Kenneth Branagh walking onboard the luxury yacht/riverboat that is the setting for most of “Death on the Nile.” He is moving very slowly and deliberately. I couldn’t help but think of how that slow walk down the deck represented the entire film.

The beginning of “Death on the Nile,” however, opened in the exciting trenches of WWI, where we learn about Agatha Christie’s ace detective Hercule Poirot in his youth, and why he began wearing his signature facial hair. As another critic wrote, “I wanted to see THAT movie!”

I agree with the critic who wanted to have the vibrancy of the prologue to the “real” film. The 2 hour and 7 minute movie was a slow slog. 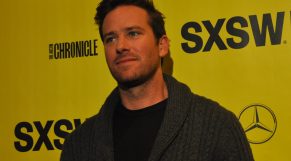 The film has had its issues, ranging from Armie Hammer’s cannibalism scandal on down. Unlike some movies that were re-shot to remove a lead involved in a media mess, Armie Hammer stayed. Near the beginning of the film, he performs some salacious dancing with the two female leads. It’s kind of offputting, given what we now know of Armie’s texts to his paramours.. However, Armie is central to the plot, portraying a handsome big lug named Simon Doyle, who is the much-sought-after wealthy fiancée of the two female leads: Emma Mackey as Jacqueline de Bellefort and Gal Gadot as the heiress Linnet Ridgeway.

There was a role written into the plot expressly for Annette Bening, as Euphemia Bouc, a painter and the mother of Tom Bateman. The action moves to Egypt and we see her son flying a kite while perched on a pyramid. The plot, based on Agatha Christie’s novel, informs us that the younger Bouc is completely dependent on the good will of his mother.  “Behind every kite-flying man there is a woman.” That line, scripted by screenwriter Michael Green, is fairly klunky but leads into the Bouc quote, Money mattrrs, and mine comesmonthly from Eugenia Bouc.”

It’s  a bit difficult decoding the various accents of the characters, ranging from Poirot, of course, but, also the French-influenced dialogue of Rose Leslie (“Game of Thrones,” “The Good Fight”) as maid Louise Bouegot.

Green’s script also contains the line, “When you have money, no one is ever really your friend,” which ultimately leads to the death of Linnet Ridgeway, the wealthy heiress in their midst, played by “Wonder Woman’s” Gal Gadot. She will definitely find this out firsthand, as the first (of five) murder victims). 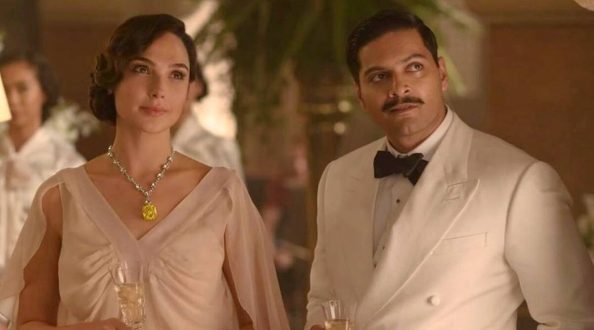 Okonedo is magic whenever she’s onscreen. She and her niece manager, Letitia Wright as Rosalie Otterbourne, are definite eye candy, especially given two middle-aged characters who used to be a comedy duo have pivotal roles, which seem largely unnecessary. It was also interesting to see that Russell Brand cleaned up nicely to play a doctor named Windlesham, who was once involved romantically with Godot’s rich heiress.

After the opening in the WWI trenches and the night club dancing scenes, with Armie Hammer sexy dancing up a storm with the two female leads amps up the “sex scandal” vibe going on IRL, the action moves to Egypt because the newlyweds, Gadot and Hammer, are honeymooning there.

Hammer’s jilted ex Jacqueline (Mackey) keeps showing up wherever he and the new wife are, (sort of like Jennifer Lopez’s ex Alex Rodriguez, who has been trailing her around to various vacation hot spots now on Ben Affleck’s arm.

Jacqueline’s unwanted presence becomes so onerous that the handsome Hammer—who seems to have nothing going for him beyond good looks—takes the entire party down the Nile on a luxurious riverboat.

One question we had was how, exactly, Jacqueline (Mackey) managed to get on the riverboat, when the entire boat was chartered specifically to take the wedding party far away from her. That was weak plot point #1.

Weak plot point #2 was the Grand Finale key murder. In terms of trajectories of weapons, etc., it was mystifying.  We watched this thing for over two hours—most of them gorgeously photographed, but boring—and, at the end, it was unclear how, exactly, the final murder could be pulled off. There were only four people in the entire theater; we missed our chance to ask the other couple if they found the resolution of the “key first murder” realistic, because we found it entirely implausible.

The entire plot was entirely implausible, as Poirot lays it out in the movie’s closing minutes in his hard-to-decipher accented English. 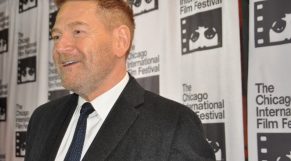 Also, since the entire reason for inviting Hercule Poirot onto the boat was to protect the lovebirds from the unwanted attention of the jilted fiancé and make sure they were kept safe, let’s just put it out there that Poirot did an extremely poor job. Five mummified bodies are carried off the boat, one by one, during his time on board. (Some detective!)

I wanted to see this movie at the IMAX theater, because the chances of me making it to Egypt are slim to none and the cinematography by Haris Zambarloukos was outstanding. I’ll never get to see the Temple of Abu Sembel, so thank you to the cinematographer who allowed me to see it this way.

The film finally wound down, slowly and in a confusing and artificial manner. We compared notes on the (somewhat obvious) culprits and asked each other HOW their denouoement could be brought about in the manner portrayed.

This movie is not going to keep you on the edge of your seat, although it is a nice travelogue. The plot seems dated and the movie seems long.