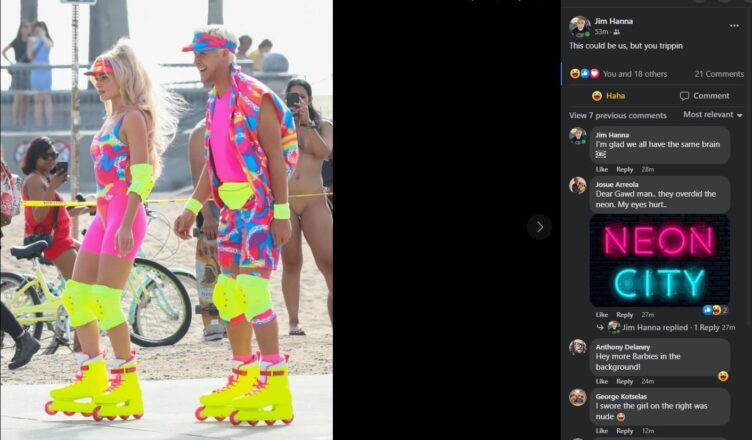 Margot Robbie is hard at work on the set of her new movie Barbie. The film co-stars Ryan Gosling as one of the many Ken to appear in the film. We’ve seen looks from the film before but the more we see the brighter our day gets. Here are a few new photos from the film to share that brightness with you:

These images have already sparked all sorts of memes and comments on the internet. Excitement for this film seems to be growing with each new image released.

I am curious about this movie and what message it wants to deliver to children. Barbie has a history of having a huge influence on children and their self-image. I hope to see some comedy and responsibility equally balanced in this movie.