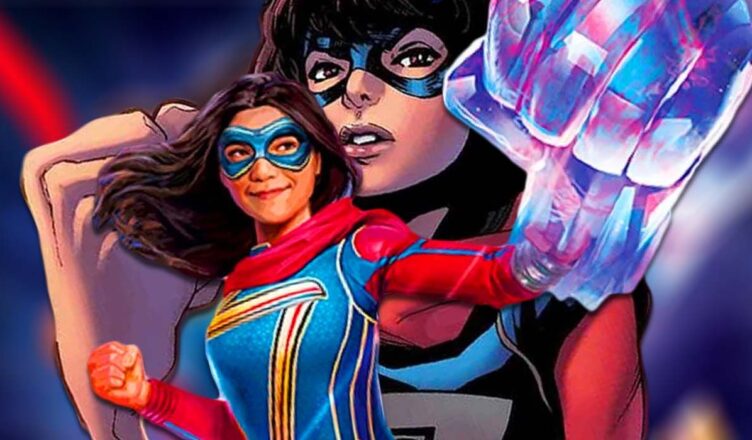 Ms. Marvel is the next upcoming Disney Plus show coming out of the MCU. The show will feature the adventures of Kamala Khan which has Iman Vellani in the title role. There’s a lot of excitement for this new show which will be Marvel’s first Muslim lead character. Something of interest to comic book fans is the noticeable difference in powers that are shown in the trailer versus what we see in the comics. Thankfully we’re learning that Kevin Feige is commenting on the change and shares this perspective. Empire spoke with the producer and the news reads as follows:

“We adapt the comics; it’s not an exact translation,” Kevin Feige tells Empire. “[Kamala] came about in a very specific time within the comic-book continuity. She is now coming into a very specific time within the MCU continuity. And those two things didn’t match.” The new origins for Khan’s powers looks set to be part of the journey of the show. “What we will learn about where those powers come from, and how they come about, is specific to the MCU,” Feige teases. “You will see great comic splash panels in some of our action sequences. If you want big, giant hands and arms, well they’re here in spirit, if not in stretchy, plastic-type ways.”

Kevin Feige is the absolute king of non-answers. He knows the assignment and is prepared with a vague answer about how the time of release is influencing the decisions for her powers. Kevin doesn’t state why her powers are different but just that specific time in the MCU continuity doesn’t match. This doesn’t make a whole lot of sense to me yet but I’ll hold off judgment until the release of the show. Kamala receives her powers in the comics after exposure to the Terrigen Mist. I wonder how she’ll get her powers in the show?