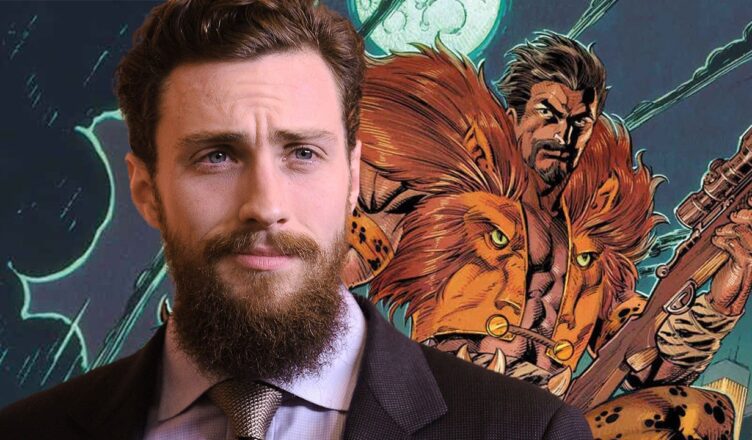 Kraven The Hunter is beginning production with Aaron Taylor-Johnson in the title role. Let me know in the comments if you want me to do an explainer on the character. I feel like there’s a lot of potential for this to be a fun movie to watch. Kraven is usually a villain in the Spider-Man comics but any villain can be the hero of their own story. We’re getting some first looks at the movie with some recent Twitter images and video making their way online:

Along with Aaron Taylor-Johnson as Kraven, Kraven the Hunter will also star Ariana DeBose (West Side Story) as Calypso, Alessandro Nivola (The Many Saints of Newark) as an unknown villain, Fred Hechinger (The White Lotus) as The Chameleon, Christopher Abbott (Catch-22) as The Foreigner, and Russell Crowe (Gladiator) in a role rumored to be that of Kraven’s father. J.C. Chandor is directing with a screenplay by Richard Wenk.

I’m excited about the cast that’s been put together and with what I imagine for the plot. How do you feel about the Kraven movie? Are you excited to see more?

In adulthood, Kraven becomes a world-renowned and wealthy big-game hunter. He gets his superpowers by consuming herbal potions. Kraven’s seemingly unobtainable goal is to capture Spider-Man. Along with Doc Ock, Sandman, Vulture, Electro, and Mysterio, he’s a member of the Sinister Six.