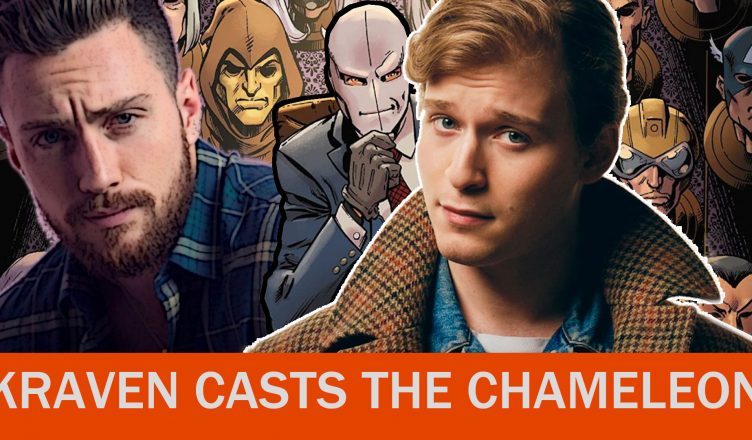 the Kraven movie is continuing the good news momentum! Right after announcing the addition of Russell Crowe into the cast we’re now learning that White Lotus actor Fred Hechinger is joining the film as The Chameleon!

Fred Hechinger has joined Sony Pictures’ Kraven the Hunter, starring Aaron Taylor Johnson in the titular role. Although it’s unconfirmed, sources say Hechinger would play Chameleon, the brother of Kraven, in the movie.

The Chameleon’s history with the character isn’t as cut and dry as that. In the comics the Chameleon’s is born as a Russian citizen who’s real name is Dmitri Nikolaievich Smerdyakov. Dmitri’s mother, Sonya Smerdyakov, is a servant to the Kravinoff family and bears a child from Sergei’s father. Sonya ends up ashamed of her son due to the social conflicts caused by his birth. The only person in the Kravinoff family who showed the Dmitri any kindness is Sergei.

This will be interesting if Russell Crowe is portraying a Patriarch in the family with his boys having a rivalry similar to Thor and Loki. The Kraven movie is starting to take shape with each character they cast and I’m finally starting to understand the potential of this movie.

What do you guys think of Fred Hechinger joining the cast? Are you excited for the addition of the Chameleon.