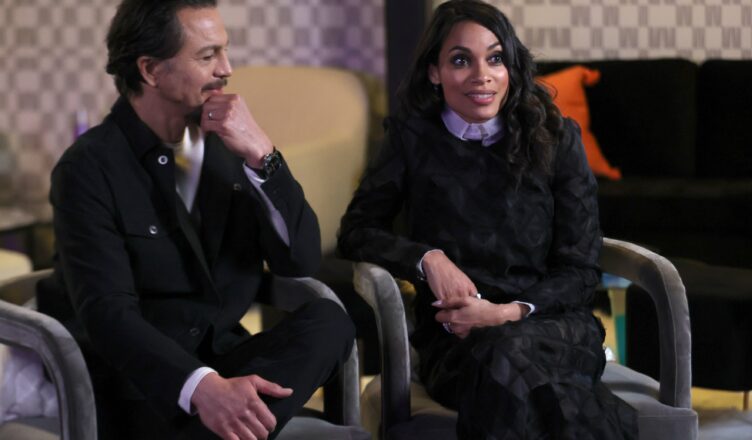 I just finished watching all four episodes of DMZ with Rosario Dawson and Benjamin Bratt available on HBO MAX. In Austin at SXSW, the first episode, which I saw at the World Premiere on Sunday, March 13th, was dynamite.  The other three episodes continue the chaos and action-packed drama. The United States has experienced a Civil War, with Manhattan and its 300,000 trapped residents within becoming a demilitarized zone.

The set-up of the comic-book generated plot is that Alma must journey back from the relative safety of the U.S. outside of Manhattan and re-enter the DMZ to try to find the child she became separated from when evacuating 8 years prior. I will try not to give away too many plot points. I do want to make some observations about the entire season, not just the first episode. Ava Duvernay directed one episode, but Ernest Dickerson directed the rest of the series. It is all done well, with special mention of the acting, special effects, script, and title sequence.

Here are some “Pro’s” and “Con’s” observations for the entire series. I’m including the pictures taken on top of the Riley Building in downtown Austin on Sunday, March 13th. Warner Media took over this location for a press event at noon, just prior to the film’s 4:15 p.m.

I enjoyed all the lines that underscored the futility of violence as a solution to world problems, and, while I praised them in my original review and even repeated some of those lines, verbatim, with the current world situation, the more the better, so I’m both praising writer/producer Roberto Patino for his excellent work in that regard and saying, “More, please