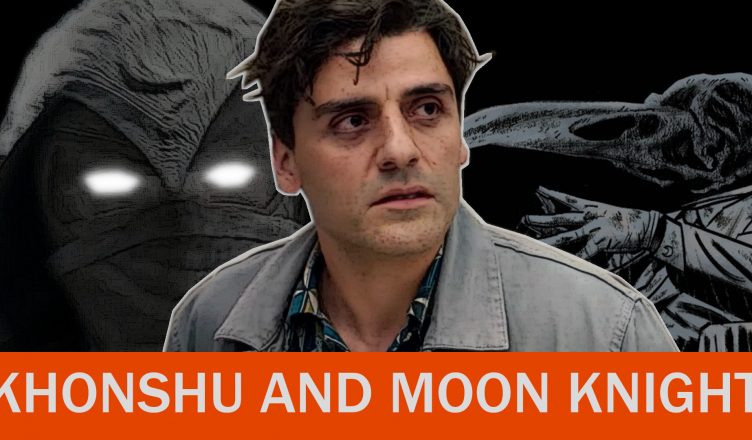 In Marvel comics there are tons of Gods. Thor is the God of Thunder, Loki is the God of Lies and all those characters from Asgard. In addition to that we know that Hercules and Zeus are a thing in Marvel Comics but it doesn’t stop there. There are also characters that fit the description of Gods like the ancient race known as the celestials, we have cosmic beings like the phoenix and Galactus, and we also have nexus beings like the scarlet witch.

The Ennead, also known as the Heliopolitan Gods, are the Gods of Egypt like Isis, Osiris and more. Khonshu is a member of the Heliopolitan gods who live in an realm called Celestial Heliopolis This dimension exists outside of our own but is said to be adjacent to Earth. It’s from this dimension that these gods were worshipped by the people of Ancient Egypt. 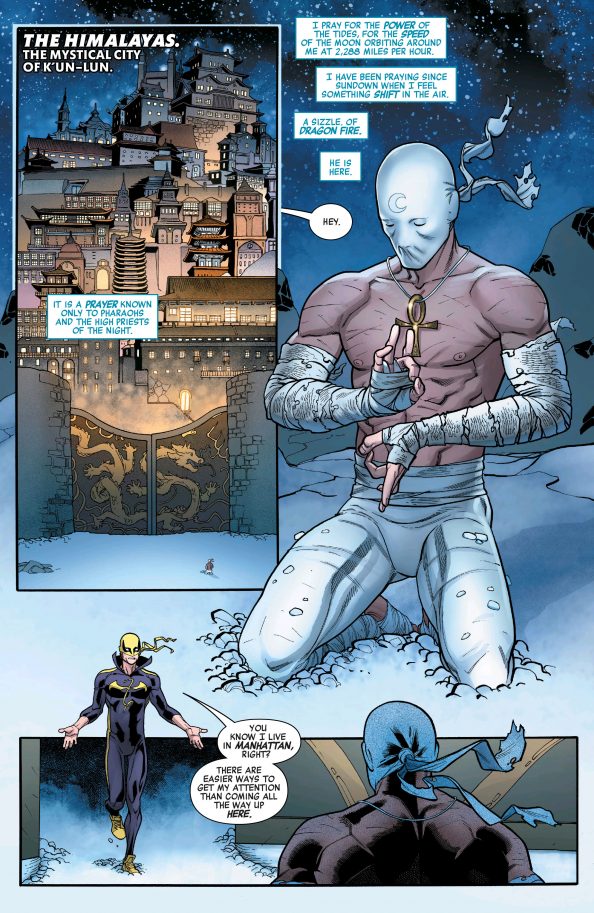 Khonshu is referred to as the nocturnal “God of the Moon”, “God of Vengeance” and the “Shepherd of to the Lost”. Now, similar to Mephisto, Khonshu is not able to enter the Earthly plane, so he usually picks a champion who work as his avatar and that person would be his Moon Knight.

The Age of Khonshu takes place in Avengers number 33 written by Jason Aaron with gorgeous art by Javier Garron and Jason Keith. The issue doesn’t waste any time getting to the savagery with Moon Knight hanging out in front of K’Un L’un waiting for the smoke. And Moon Knight is decked out to fight with his hands and feet wrapped in bandages while praying for additional strength from the moon. Danny Rand appears and lets Moon Knight know that there are easier ways to get in ocntact with him if he wants to do the superhero team up thing and Moon Knight lets him know that he’s here for the Iron Fist.