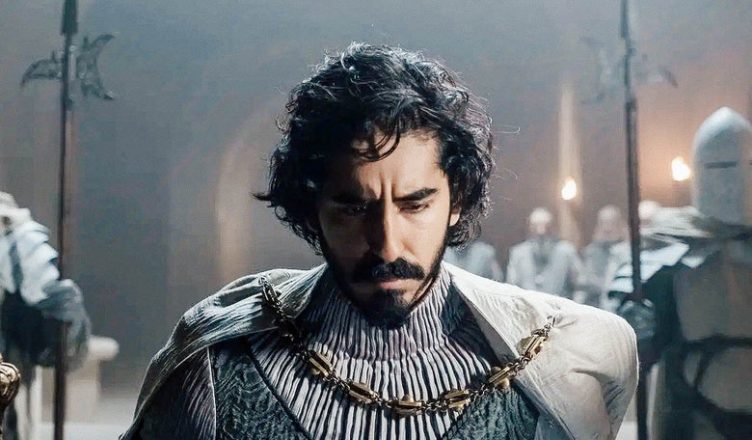 The story opens and Gawain is attending a Christmas roundtable feast with his uncle King Arthur (Sean Harris). All of a sudden, the mysterious gigantic Green Knight on horseback barges into the courtroom and throws everyone an open challenge. He challenges all the knights at the court that if anyone is successful in landing a blow on him, he will win his legendary green axe. But there is a condition! That knight who lands a blow on him will have to receive an equal blow in return the following Christmas. The knight will have to travel to the Green Chapel to receive the blow.

The chivalrous Gawain accepts the Green Knight’s challenge. To everyone’s surprise, the Green Knight didn’t fight Gawain but instead kneeled down and lowered his head to him. Gawain decapitated him with the Excalibur sword of King Arthur. The Green Knight then rose and lifted his severed head and reminded Gawain of the deal. Following this, he rode off from the venue laughing.

Gawain was in for a toss! Now it was his turn as he had to visit the Green Chapel and have himself decapitated at the hands of the Green Knight. His reputation grew but he was dying from inside with worry. He spent the year drinking and worrying about what’s going to happen when he confronts the Green Knight the upcoming Christmas.

As the following Christmas approaches, Gawain sets off to the Green Chapel. He carried the green axe given to him by the Green Knight and wore a green griddle which was presented to him by his mother Morgan le Fay (Sarita Choudhury). His mother claimed that the green griddle will protect Gawain from harm.

But the journey came with a lot of hassles! On the way, Gawain met a scavenging boy (Barry Keoghan) who tied him up and stole all his belongings. Following that, he encountered a ghost of a young woman named Winifred (Erin Kellyman) in an abandoned cottage. He even befriended a fox on the way.

Several other misadventures later, where he and his fox friend were trapped in a castle by a Lord (Joel Edgerton), Gawain finally reaches the Green Chapel of the Green Knight. The Green Knight was hibernating, which means he was asleep in a seated manner. He would awake the following Christmas morning and so, Gawain waits for him through the night.

Next morning when the Green Knight awoke, the beheading session started. The Green Knight was all set to complete the challenge and swings the axe three times at Gawain. During the third swing Gawain totally flinched and ran back to Camelot. His life resumes at Camelot and he became the king after his uncle passed away. His lover Essel (Alicia Vikander) bore his son. Soon Gawain deserted her, took away the child and married a noblewoman (Megan Tieman). His son grew up, died in a battle and his castle is under siege with his family now abandoning him. With all the misfortunes surrounding him, the frustrated Gawain pulls the green griddle from inside his abdomen. Following this, his decapitated head falls to the ground!

But wait! All these incidents were an illusive vision that Gawain just had! In fact, he hadn’t run away but found himself still kneeling down at the Green Chapel in front of the Green Knight. Gawain knew that he is done for and removes the griddle and tells the Green Knight to complete the task. The Green Knight was impressed by Gawain’s bravery and dragged his finger across Gawain’s throat and commanded his head to come off. Finally, the last scene shows a young girl finding Gawain’s crown and putting it on her head. It is understood that our hero might have met his tragic fate.

A plot with a shocking twist!

You just read the story! I must say, The Green Knight’s plot is bundled with adventure quests which will keep you enthralled throughout the movie. This fairytale fantasy is worth the watch if you have become bored with generic action movies.

The plot may be tragic with our hero Gawain getting beheaded by the Green Knight but he himself asked for it, didn’t he? Besides, at the end what a vision he had! I almost thought that things are running differently for Gawain and he had finally escaped the Green Knight. But no! The vision twist at the end just broke the deal. I can feel the pain of Gawain when his head might have come off with the Green Knight’s command.

The CGI plays in fairytale movies have always amazed me. I must say Hollywood happens to be a master at portraying CGI scenes with utmost precision. Same goes with The Green Knight. The amazing medieval era landscapes, castles, cottages and not to forget the CGI human-voiced animals were all a feast for the eyes. After watching all this, I wish to go back to the medieval era to have an adventure like Gawain. Jokes apart, I wouldn’t have let the Green Knight behead me!

The beautiful cinematographic work of Andrew Droz Palermo was supported by the impeccable editing done by David Lowery. I believe the precise editing and scene placements made the viewing experience even more worthwhile.

The man behind the entire movie, David Lowery happens to be the writer, editor, producer and director of The Green Knight. The Green Knight is entirely his brainchild. He has done a lot and I believe he could have done more by taking up a role in the movie itself.

Not a children’s fairytale

Certain scenes were off the mark. To be precise, they were sexually explicit. That’s the last thing I would have ever wanted to see in a Christmas fairytale movie like The Green Knight. I believe that a fantasy adventure piece should be designed in a manner that you can enjoy the watch time with your family. I personally find it meaningless if some awkward scenes are put in just to spice up matters.

Honestly, I feel the filmmakers could have made a better choice on the role of a historical tragic hero. I firmly believe that the lean and lanky Dev Patel quite didn’t suit this meaty role. Besides, he seemed a dire unfit in front of a personality like Ineson as the Green Knight.

What if next time we see Patel in the role of Hercules? You never know, anything might happen in the film industry! 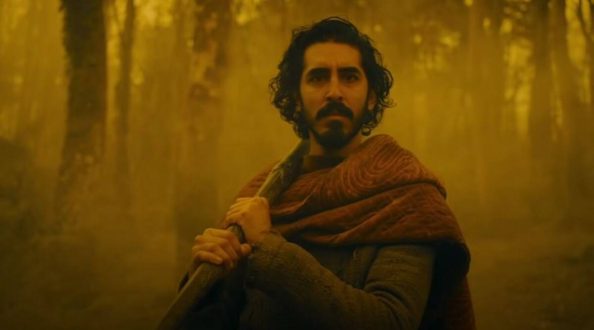 I have to admit; besides Patel, the remaining cast of The Green Knight was epic. Ralph Ineson with his deep rumbling voice well suited the Green Knight’s role. Sean Harris looked cool as King Arthur. Supporting actor Alicia Vikander carried out her dual roles of Gawain’s lover Essel and the Lord’s Lady quite efficiently.

I was eagerly waiting for Hollywood to roll out a fantasy movie. They did so with the Green Knight. Even if the movie has been rated R because of the portrayal of violence, graphic nudity and sexuality, its plot breaks the ordeal.

But mind you! The Green Knight is not an action movie. So, if you happen to be a Lord of the Rings fan, this movie may not appeal you. But if you are the adventurous type, then this movie might interest you with king-sized quests and beheadings on the go! 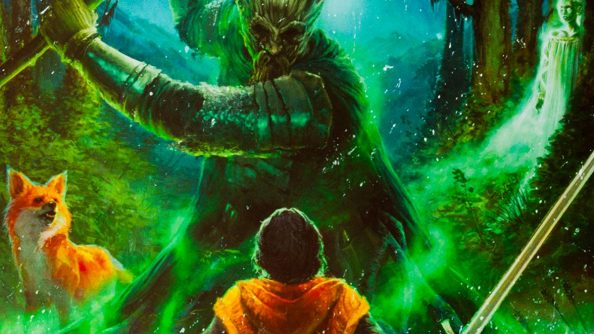