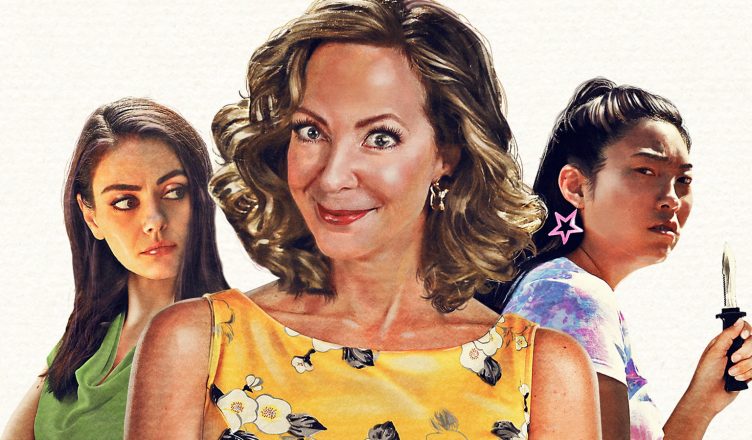 A crime-comedy is set to strike Yuba County! Co-produced and directed by Tate Taylor, “Breaking News In Yuba County” stars Allison Janney as Sue Buttons and Matthew Modine as Sue’s husband Karl Buttons. The plot revolves around the situation when Karl goes “missing”. The film’s presentation sets it apart from other crime dramas in Hollywood. I must say, the plot is a serious one with money launderings, murders, extortions and shootouts taking place but the fun fact is that all of these have been portrayed in a comical way! A true dark comedy indeed.

The story has Sue Buttons, a timid woman, who is taken advantage of by others. Her husband Karl was involved in money laundering along with his ex-convict brother Petey (Jimmi Simpson). Criminals Mina (Awkwafina) and Ray (Clifton Collins Jr.) had given them the laundering task.

But the story takes a turn for the worst, and Karl gets caught by Sue while he was cheating on her with his mistress Leah (Bridget Everett). You may find this funny or maybe not, but Karl suddenly died on the spot! He died as a result of the combined shock and physical exertion that he received after getting caught.

Now, Sue gets an idea after watching a television show about a missing child. She decides to make her dead husband “missing” in the same way. And she did all this to save herself from suspicion and also to receive attention and fame.

The case of Sue’s “missing” husband broke out an ordeal with the media, police and criminals all getting involved. Sue was now famous! But with fame came a lot of trouble. Several kidnappings, extortions, shootouts and murders later, Sue was able to come out alive with everyone around her dead. She did receive fame after this when her bestselling book on her story got published.

A truly engaging presentation, I must say. Breaking News In Yuba County, had it not been for its “comedy” tag, could have been regarded as the most devastating films of all time. The kill count in this movie is massive! Had it not been a “comedy” presentation, with all scenes depicted in a funny manner, I would have very well considered it at par with action movies involving severe shootouts and killings. 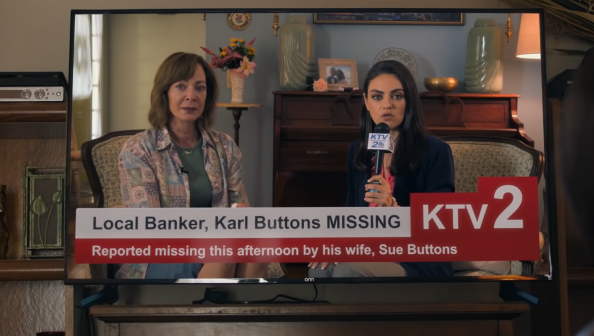 The screenplay by Amanda Idoko kept the show interesting. The scenes and sequences were set in an engaging ordeal filled by criminals and crimes. The interview with television host Gloria Michaels (Juliette Lewis) regarding Karl’s knowing about a missing child named Emma Rose, landed Sue into deep trouble. She got involved with criminals like Mina, Ray and Mina’s father Mr. Kim (Keong Sim). Not a thing she asked for, maybe?

Breaking News In Yuba County is filled with heavy hitters like Allison Janney and Awkwafina along with a great supporting cast which includes Regina Hall who played Detective Cam Harris, Wanda Sykes who played Petey’s boss Rita and Mila Kunis who played Sue’s half-sister and local news reporter Nancy. I believe the combined efforts of the cast to bring out their respective characters had an immense impact on the storyline.

People being held at gunpoint or knifepoint, property destruction, torture and murder, you will get to see them all in Breaking News In Yuba County! You will find an easy-going comedy turn into severe violence at the climactic parts. I believe too much violence in films can be psychologically injurious, especially for children. Besides, I feel that the depiction of such exaggerated violence was meaningless and certain scenes could have been cut down.

Breaking News In Yuba County contains scenes of smoking and drinking along with the use of a lot of slangs. There are simulated sex scenes and nudity too, which I feel will make it unfit to be a family show.

Breaking News in Yuba County has shone the spotlight on a small county in the state of California named Yuba County. The cinematography by Christina Voros combined with a precise editing by Lucy Donaldson has made Yuba County to become a real deal for Hollywood fans. However, reports say that the film was actually shot in Mississippi. The story is fictional and I believe that the film’s title is the only thing that connects it with the real-life Yuba County.

I don’t know what made the filmmakers present a gruesome crime drama in a comical manner, but I think they did what they thought best. Besides, it has been years since I watched a daybreaker like Breaking News in Yuba County and the comedy combined with sequential tragedies made the movie interesting and engaging. 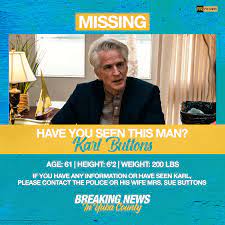