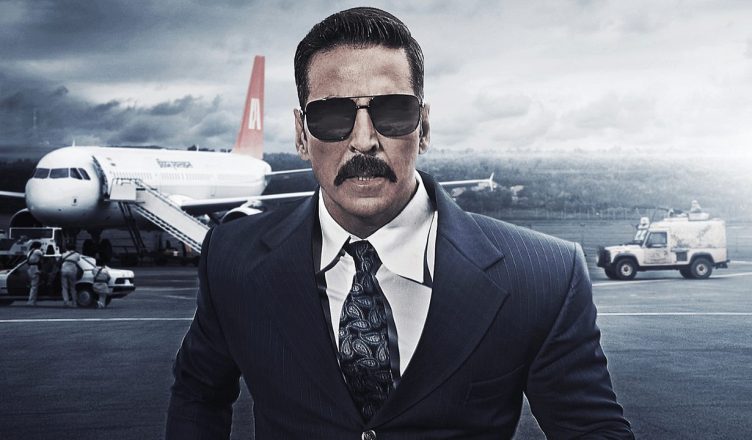 This espionage thriller has been inspired by true events which occurred in August 1984, during the reign of Indira Gandhi in India. During that era, hijacking incidents were on their bloom. On August 24, 1984, flight ICC 691, carrying 210 passengers, takes off from Delhi. Unfortunately, the plane gets hijacked and is taken by the hijackers to Lahore, Pakistan. Indira Gandhi who was the Prime Minister of India during that period was all set to negotiate with the Pakistani authorities for the release of the flight’s passengers.

However, she was stopped from doing so by RAW agent Anshul Malhotra whose code name was Bell Bottom. Bell Bottom had done some research on the past hijacking incidents and was confident that the ISI was behind this hijack. Meanwhile, the plane was moved to Dubai airport by the hijackers. Following this, Bell Bottom sets on an adventurous mission to Dubai to free the hostages from the clutches of the hijackers.

I won’t deny this, but even at the age of 54, Akshay Kumar looks strikingly fit! I feel that he suits this action-oriented role of agent Bell Bottom pretty well.

Bollywood goes by the same old concept where a stylish hero takes on ferocious villains to save the day. I believe that this true event-inspired drama was spiced up even more with Akshay’s charisma and massy performance.

Bell Bottom’s plot has been kept simple yet gripping at the same time. I must say that after a long time I have come across such an engaging plot.

The plot goes on to reveal agent Bell Bottom’s adventurous quest to save the hostages. Tiwari’s fantastic direction has added to the essence of the plot and made the story even more appealing to the audience.

Lack Of On-Screen Chemistry Between The Star Cast

Honestly, I didn’t feel the impact of Akshay Kumar and Vaani Kapoor’s romantic chemistry in Bell Bottom. It might be due to the huge age difference between the two. Vaani got a considerably low screen time and somehow went on with her trophy wife role. Also, the romantic songs in Bell Bottom were average and didn’t appeal me much.

Wait! Wasn’t Bell Bottom supposed to be an “action thriller”? Of course, the film is being sold with the “action thriller” tag. But if you watch it from the start till the end, you will hardly come across any action sequences, except for one.

The scene goes where some terrorists are travelling by vehicles in a sandstorm-laden desert where they are unable to see anything in front of them. Bell Bottom and his group are seen pouncing on their cars and overpowering them. That’s all for the action! Surely, after seeing all this, I am forced believe that this particular scene was put in Bell Bottom just to make it live up to its action tag.

A True No Brainer Indeed!

The plot might have been engaging but I believe the filmmakers could have taken out time to ponder upon Bell Bottom’s setup. The entire film has been shot in UK. I think it might have been difficult for the filmmakers to mimic UK’s landscapes as that of Pakistan and Dubai. This was also apparent from the Dubai police, police cars and the dresses of Dubai authorities shown in the film. They are way too far from reality!

The storyline of Bell Bottom is interesting. However, at times I felt the movie dragged on a bit too much. Too many closed-door meetings have been shown to the point where it was on the verge of losing flow. Still, the enmity shown between Bell Bottom and the lead antagonist, ISI agent Daljeet Singh (Zain Khan Durrani), kept matters interesting. Huma Qureshi played the half-baked character of Bell Bottom’s team member Adeela Rehman who lacks a back story. I feel Qureshi carried out her significant role efficiently.

I found the cinematography and editing to be done quite well. Cinematographer Rajeev Ravi and editor Chandan Arora were able to put together their visual storytelling skills to devise a delightful viewing experience. However, Lara Dutta’s prosthetic Indira Gandhi makeup seemed to me a bit awkward. I feel that the portrayal of Indira Gandhi could have been done in a better way.

Even if Bell Bottom claims to be a true story, the incidents shown in it are not the ones that actually happened! Reports say that Bell Bottom has been banned in the Gulf countries like Saudi Arabia, Kuwait and Qatar on account of its tampering with historical facts. Quite a valid reason though!

However, if you leave all analysis behind, then I guarantee that you will find Bell Bottom to be a great entertainer to kill your lazy Sunday afternoon. Watch this movie if you would like to see a stylish savior in fashionable pants! 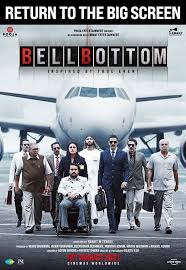