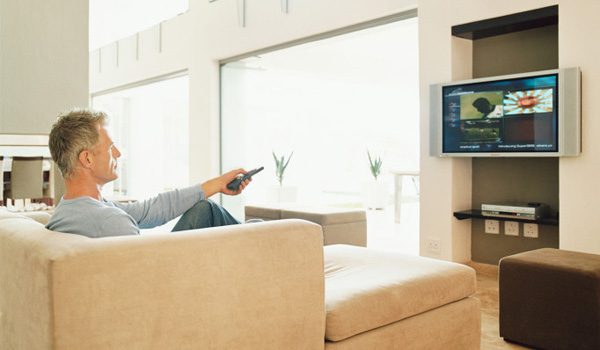 In the past, you didn’t have many options if you wanted to watch a graphic sex scene on TV. With streaming services like Netflix, that’s no longer the case. Now, you can watch anything whenever you want. We present the hottest and the most graphic sex scenes captured on TV. On a related note, check out this roundup of the steamiest film scenes. 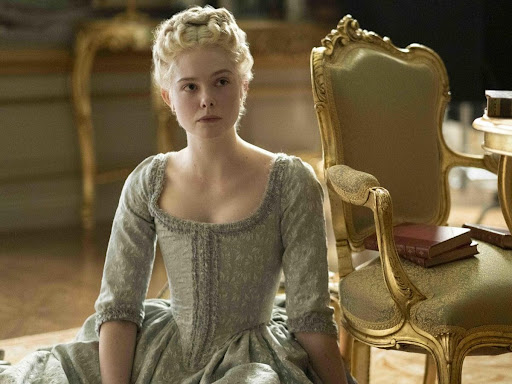 This is a TV show about Russian monarch Catherine the Great. She is played by Elle Fanning. Catherine was very much ahead of her time in many ways and this series reflects it. Fanning has many sultry scenes with Nicholas Hoult, who plays her husband, and also with her lover, Sebastian de Souza. The scenes with the latter are hotter, unsurprisingly.

Sex is definitely a big part of the show. According to Fanning, the whole crew tries hard to make everyone feel comfortable. They even have an “intimacy coordinator” to lend the scenes some extra realism. Catherine loved sex and was very open and free about sexuality. Her first wedding night left her quite disappointed, so she got a lover to have better and more passionate sex with. 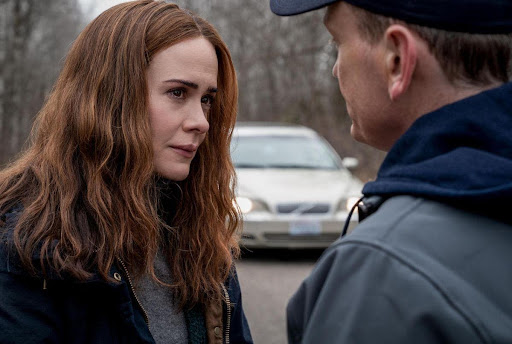 Run features lots of sexy scenes between the main characters Ruby and Billy, played by Merritt Wever and Domhnall Gleeson. The HBO show is jaw-dropping in its candor. The chemistry Gleeson and Wever bring to their characters’ encounters is very impressive. However, the scenes were toned down somewhat. According to show creator Vicky Jones, there was so much sex in the beginning that it got to the point of being overwhelming and having the opposite effect. 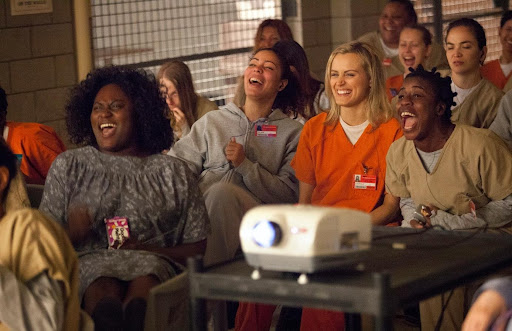 3. Orange is the New Black

It’s no surprise that this show made the list – it has a lot of sexy scenes. There is one that stands out in our mind though – the shower scene between Poussey and Soso. The actresses were very happy with it too. Rumor has it that they almost became a couple in real life! 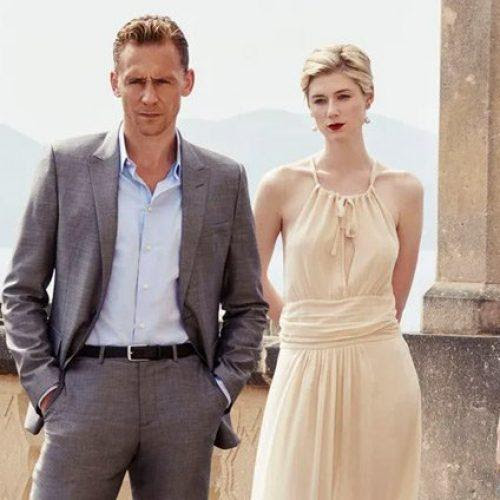 Although the show had to remain cable-friendly (it aired on BBC in the UK and on AMC in the US), that didn’t stop the creators from adding sexy scenes. It has a now iconic scene where Tom Hiddleston is having sex with Elizabeth Debicki. She has since said she had no idea of the effect it would have and how intense it would be because they filmed it very quickly. She says she didn’t realize his butt would show in that scene because she wasn’t looking there. As for Hiddleston, he didn’t feel it was a big deal. He told The Sun in an interview, “I come from the tradition of European film, where nudity isn’t really something.” 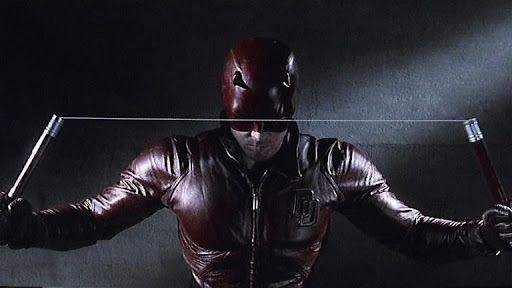 In the fifth episode of the second season of the Netflix show, Matt Murdock (played by Charlie Cox) and Elektra Natchios (Élodie Yung) take part in a remarkable scene, showing how fine the line between hate and love (fighting and sex) is. It was a very memorable scene indeed. They had sex in a boxing ring, which was infinitely sexy to watch. The only disappointed person seems to have been Cox, who told The Telegraph in an interview that he was extremely uncomfortable about being a sex symbol. 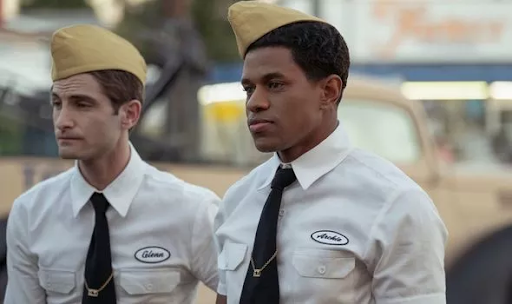 The scenes between Archie Coleman, played by Jeremy Pope, and Rock Hudson, played by Jake Picking, are romantic, tender, and very sexy. We can’t say that about the other sex scenes in the show, which are even kind of awkward. In an interview, Pope said he admired his character’s fearlessness in discussing the importance of sex on Hollywood. He said, “We talk about the sex work, but it’s not something we look down upon.” 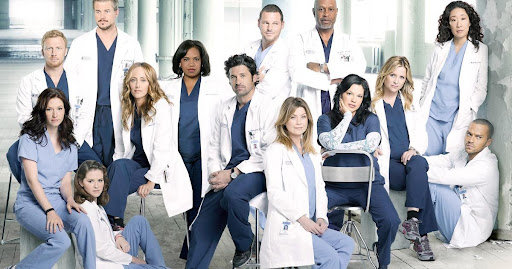 There are many steamy moments on Grey’s Anatomy, but they’re different from typical sex scenes in movies and TV shows in that they show the desperation of the act. The characters do it frantically. There’s a great deal of realism there. Alex and Izzy shared one of the sexiest hookups on the show. 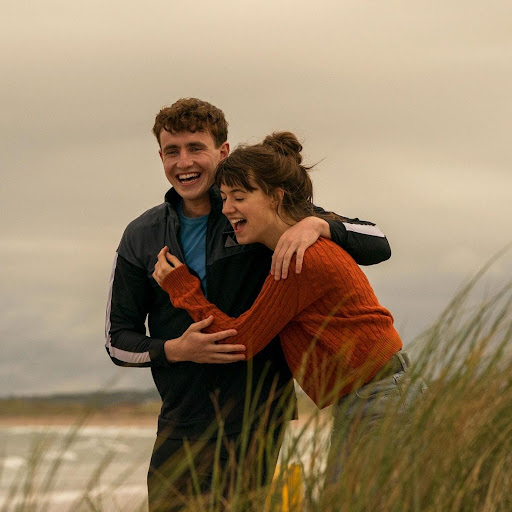 The best sex scene in Normal People is at the end, when Marianne and Connell had become close enough to have fabulously satisfying sex. The actors were very realistic about their portrayal and managed to demonstrate that the key to good sex, both on and off screen, is to have open talks and to set clear boundaries. In an interview with The Sun, Daisy Edgar-Jones, who plays Marianne, shared how Normal People’s sex coordinator made sure she and Paul Mescal (the actor playing Connell) talked about what they were and weren’t comfortable with. This included really detailed things, such as which parts of their bodies they didn’t mind being touched and which were off-limits. 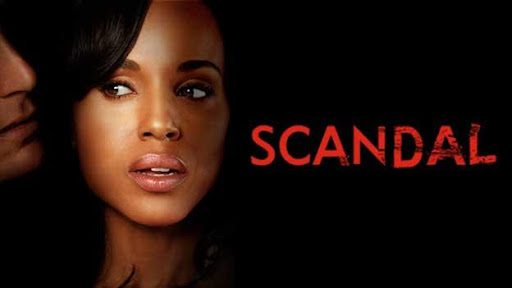 Fitz and Olivia’s hookup is about as TV-friendly, but also as hot and as realistic as a nudity-free scene can be. However, filming it was quite cringeworthy according to Kerry Washington, especially because the room was full of people. 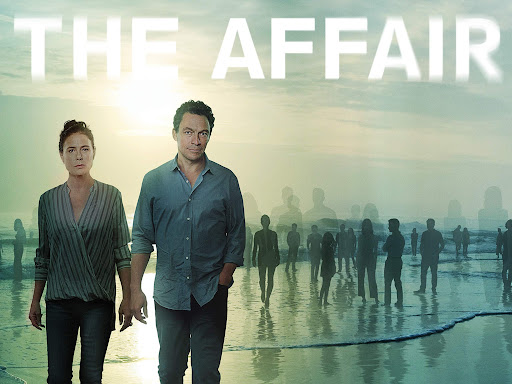 You can well expect a show with such a title to have lots of steamy scenes. However, we didn’t expect it to be so sexy right from the start. The show, which airs on Showtime, never disappoints viewers. The actors aren’t as lucky. Dominic West has gone on record saying that he was sick of the sex by the time the show moved into its fifth season. He told US Weekly in an interview that the whole cast had gotten really bored with the sex scenes. So much so, in fact, that he would take suggestions from the crew on what position he and his partner should do next. When he did that one time, someone said “reverse cowgirl”, and West claims he still doesn’t know what it is. FYI, it’s where the woman gets on top and rides her partner with her back toward his face.