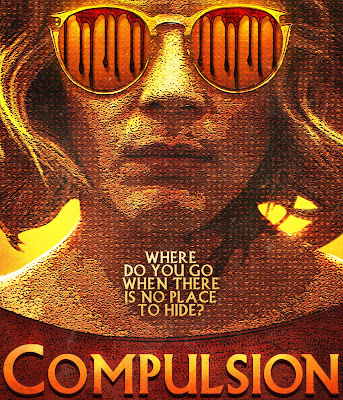 The Spanish horror thriller “Compulsion” presents a fairytale relationship reduced to shambles when a shy woman suspects that her boyfriend is cheating on her. She follows him and sees him meeting up with another lady (of the night). Although devastated, she decides not to tell her partner in order to learn more about his lies. But when she finds out the shocking secret he’s been hiding, her life becomes a terrifying nightmare.

“Compulsion” invests more than ample (nearly real) time allowing us to walk in these terrorized character’s shoes. Writer/Director Ángel Gonzalez shoots with a strong sense of immediacy. Keeping us riveted in “the now” throughout these first two acts, his spare and stark style harkens back to that of the maverick fright filmmakers of the 1960s and ’70s.

Gonzalez’s pacing is uneven in several stretches. In particular, the scenes of the girlfriend (Susana Abaitua) ambling about this den of doom would have benefited by tightening up, thus ratcheting up the tension as it builds to boil over.

The Wack Job is good…almost TOO good

Paco Manzanedo mortifies as the remorseless reprobate Robert. His all-out performance calls for a combination of the restrained and the unhinged, and he more than meets muster as each. You will believe that this is the devil incarnate.

Oh, and that ending…

I thought “Compulsion” could come to an anti-climactic conclusion. Gratefully, Gonzales saves a shuddering shocker for these foreboding final frames in the form of a chilling revelation…

Know that “Compulsion”‘s lengthy lead-up to a psycho killer carnival is not for the short of patience. But also be forewarned, once shit gets real here, it is bloody hell run roughshod.

Be forewarned, once shit gets real here, it is bloody hell run roughshod.