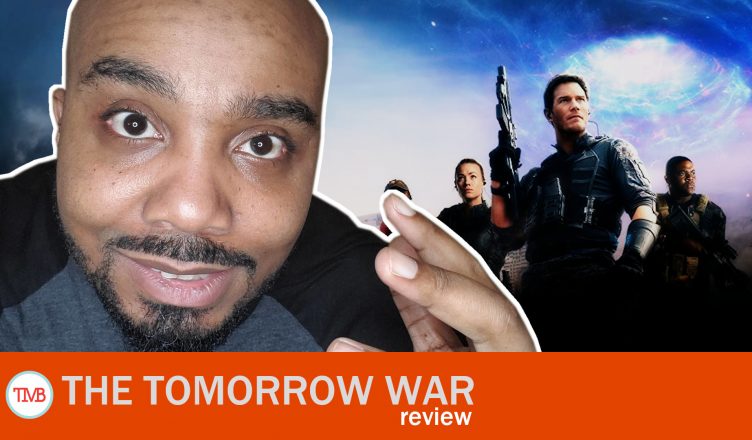 The Tomorrow War was fire fire fire. Director Chris McKay is bringing the heat in his first ever live action directorial effort. We know director Chris McKay from Robot Chicken and The Lego Batman movie but now a greater audience will learn his name and undoubtedly confuse him with director Adam McKay. Welcome to the big leagues Adam! I mean Chris! Anyway, The tomorrow war is a really fun movie with Chris Pratt returning to his everyman roots and portraying Dan Forrester. A school teacher. Yes, a school teacher but a Very well written school teacher who after about 15-20 mins of mediocrity turns into someone awesome.

The Tomorrow War is a great summer movie that unapologetically borrows from the best summer blockbusters of all time like Independence Day and Armageddon. The premise of the plot is that humanity is getting wiped out 28 years in the future and thanks to future tech our descendants have traveled back in time to help recruit people to fight their losing future-war. 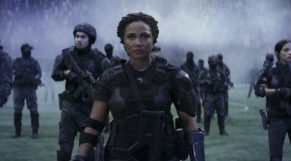 Great casting. Chris Pratt, Yvonne Strahovski, JK Simmons, and Sam Richardson really did great. Sam and Chris had some really good chemistry throughout the film that I enjoyed. Hell, Chris pretty much had some good moments with everyone. I was annoyed with the first 15-20 mins of his character but after that things really took off.

I really Writing was good. It had times where it was totally predictable and other times where it does something completely unexpected. I love that. Keep me on my toes. I like when movies do things by the books when they execute really well but I still like surprises which is what makes movies like A Quiet Place and now Tomorrow War stand out. 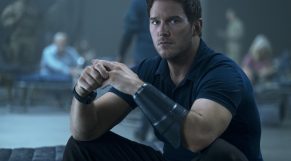 Chris Pratt’s performance is a little inconsistent. There are times where he is downright bad and other times when you remember that this was the guy from Zero Dark Thirty. Consistency is key and thankfully, again, after that first 15-20 mins of the movie things turned around.

The Tomorrow War is long. Like its all good but its long for no reason. Justice league was a decent way to use 4hrs and not feel like you’re wasting time. Tomorrow war definitely has moments when they slow things down and pad the runtime needlessly like a transformers movie. I hate when I am sitting and waiting for a movie to end and Tomorrow War brought out those feelings.

The sound is loud. Like really loud. Explosions were too loud and dialogue was too low. This maybe would have worked in cinemas but I found myself adjusting the volume of the movie several times.

The Tomorrow War should have been in theaters. I know I’m the guy whos always saying that the streaming platforms can put theaters out of business but this is one of those instances where watching it in theater really would have been best. The sound is definitely what stood out for me and I hope that somehow I get the chance to revisit this film in the setting god intended it for.