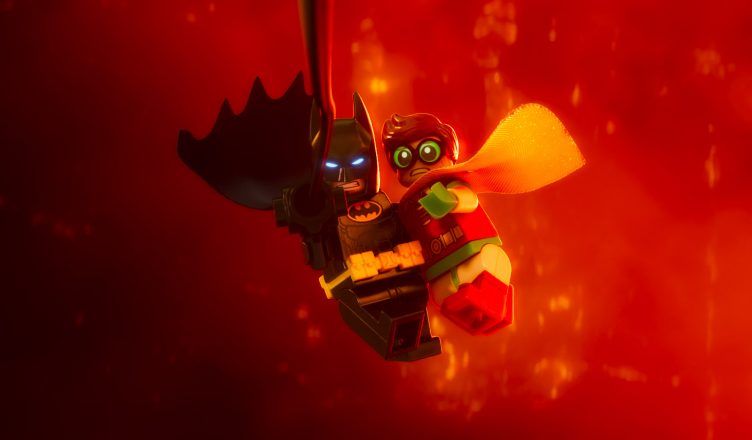 Director (and sometimes vocal talent) Chris McKay gives the audience a solid sequel to the 2014 “The Lego Movie” with an opening that takes aim at skewering the opening of every Superhero saga ever made: black screen, ominous score, etc.

The hero is Batman, voiced again by Will Arnett, who hides out in his lair with Alfred (the Butler) Pennyworth, voiced by Ralph Fiennes. Other major vocal players are Michael Cera as Robin, aka, Richard “Dick” Grayson, who is adopted by Batman—sort of. Batman seems intent on being a loner and isn’t too keen on adopting the eager novice he meets at a social event, but Robin expresses his undying enthusiasm for Batman and bemoans his life in the orphanage, where “Kids call me Dick.” Arnett’s Batman says, “Well, kids can be cruel,” (providing one of the biggest adult laughs of the evening.)

We were accompanied by eight-year-old twins who were well behaved and interested throughout. They seemed to easily follow the story of how Alfred shames Batman into adopting Robin and urges Batman to make real friends and not just depend on his vast array of enemies.  Batman has famous enemies like the Joker (Zach Galifianakis), and it is the Joker who unleashes a plethora of other baddies on Batman,(all of them previously confined in the fortress of Solitude in the Phantom Zone.)

Batman must take action to put the bad guys back where they belong, but he will need help to do it. Young Robin is just the right assistant for the job (because he’s the right size), and Batman also adds the kicker, “He’s 110% expendable.” Alfred tries to set Batman on the path of good parenting, causing Batman to respond, “How dare you tell me how to parent my kid I just met!”

It is lines like those, the mystery of why Robin wears no pants, and lines like, “Alfred, you’ve been watching way too many Lifetime movies and drinking chardonnay” (to which Alfred responds, archly, “It’s pinot grigio.”) that cracked up those of us over age eight.

There are other pearls of wisdom, like, “Sometimes, to right a wrong, you have to do a wrong right” that seem timely, as well as this gem, “Sometimes, losing people is a part of life, but that doesn’t mean you quit letting them in.”

The gags fly by so fast that you can barely keep track of them, steering the plot toward a plot of family values, as well as the entire “No man is an island” John Donne message.

Along the way, you’ll laugh and enjoy the movie for entirely different reasons than your young companions. I, personally, laughed very loudly at the fact that “Iron Man Sucks” was the computer password.  I laughed even louder when I saw that the new Secretary of the Treasury under Donald J. Trump, Steven (“no chin”) Mnuchin was Executive Producer on the film.

Here is a partial list of the voices you’ll hear that could be considered “famous,” (some of them in very small roles): 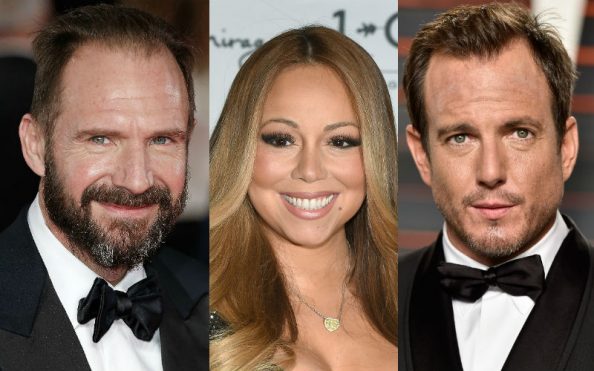 I laughed. I cried. I ate dinner (Alamo Drafthouse style). I cleaned up shakes spilled by twin 8-year-olds and made three trips for extra napkins.

Well, mainly, I laughed. It’s that “Toy Story” kind of movie that gives the kids the action they want while entertaining  adults, too, complete with kitschy music (Lorne Balfe in charge)   like “Wake Me Up Before You Go Go” and “Man in the Middle.