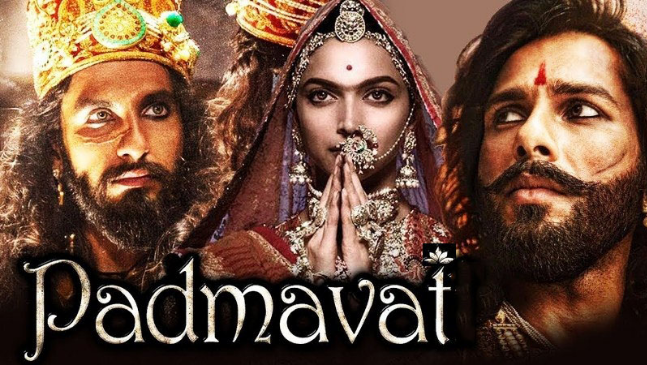 The legend of queen Padmini, who was also known as queen Padmavati, revolves back to the 13th century. Queen Padmini belonged to the Medapata kingdom which is the present day Mewar region in Rajasthan, India. Legend has it that she was regarded as the most beautiful queen ever! But the question of her existence still remains unanswered. Historians have debated this issue for years but could not arrive at any conclusion. Some say that she existed, while others opine that she is actually a product of some poetic fantasy. In actuality, her reference came from the epic titled “Padmavat” written by poet Malik Muhammad Jayasi.

Bollywood’s renowned writer, producer and director Sanjay Leela Bhansali adapted the story from Jayasi’s epic and brought “Padmaavat” to the big screens. In fact, this film was the most controversial of all time as it faced a lot of opposition from locals and even the Indian censor board. Bhansali indeed had a tough time making it. Therefore, instead of naming the film “Padmavati” as planned, he had to opt to name it as “Padmaavat” in order to avoid censorship issues. Padmaavat stars Deepika Padukone in the titular role of queen Padmavati along with Shahid Kapoor who plays the role of her husband and the ruler of the Medapata kingdom, Maharawal Ratan Singh. Ranveer Singh plays the role of the most powerful tyrant sultan of all time, Alauddin Khilji who is the antagonist in this story. I am unsure about Padmavati’s existence, however Maharawal Ratan Singh and Alauddin Khilji are true historic personalities. They existed.

The story opens and Khilji dynasty’s ruler Jalal-ud-din Khilji (Raza Murad) takes over Delhi, India. Jalal-ud-din’s evil nephew Alauddin Khilji asks his daughter Mehrunisa’s (Aditi Rao Hydari) hand for marriage. On the wedding night Alauddin was caught by a courtier while he was committing adultery with another woman. This enraged Alauddin and he killed the courtier instantly. Eventually, this news reached Mehrunisa and in spite of that the marriage took place! Alauddin now becomes the lead general of Jalal-ud-din’s army.

Now the story takes another dimension and Rajput ruler Maharawal Ratan Singh gets injured by princess Padmavati during his hunting quest in Singhal, which is the present day Sri Lanka. They eventually fall in love as Padmavati takes care of Ratan Singh and he heals up. Following this, he married Padmavati and brought her to his kingdom.

On the other hand, the Khilji dynasty faced invasion from the Mongols. The Mongols could not stand up to general Alauddin’s shear power and got defeated. However even after defeating the Mongols, Alauddin’s evil ambitions took the most of him! He raided the Devagiri region, killed its ruler and captured the princess there. His evil intentions to take over the throne finally came in the limelight of Jalal-ud-din. So, Jalal-ud-din decided to visit Devagiri and meet him. Upon meeting he gifts Alauddin a eunuch slave named Malik Kafur (Jim Sarbh), who was bent to follow whatever orders he was given. Jalal-ud-din might have committed the greatest mistake of his life by doing this! Alauddin ordered Kafur to kill Jalal-ud-din’s accompanying ministers, which he did that very instant! Following this, Alauddin stabbed Jalal-ud-din and murdered him. After this incident, he self-declared himself as the sultan of Delhi and made Kafur his sex slave and also gave him the position of a general in his army.

The story journeys to Medapata once again and Ratan Singh’s royal priest Raghav Chetan (Aayam Mehta) gets caught as being a peeping tom. He was spying the king and Padmavati’s intimate bedroom moments and so Ratan Singh had to banish him out of his kingdom. Raghav Chetan decides to seek revenge for this insult and moves on to take the solace of non other than the tyrant Alauddin. It was here that Chetan described Padmavati’s beauty to him. Alauddin being a sexual predator, vowed to obtain Padmavati by any means.

He invited the Rajputs to Delhi but his invitation got rejected. This enraged Alauddin and he laid a siege on Medapata’s capital Chittor. However, even after six months he was unable to barge in the solid walls of the Chittor fort. Out of frustration he feigns peace on the occasion of Holi and enters the fort. Upon his request, Ratan Singh allows him to have a brief glimpse of the gorgeous Padmavati. In that one glimpse he was so taken aback by her glamor that he planned to kidnap Ratan Singh the very next day he would visit him.

He tricks Ratan Singh and takes him as a prisoner and asks Padmavati to come to Delhi. Padmavati upon the insistence of Ratan Singh’s first wife queen Nagmati (Anupriya Goenka), went to Delhi. Her plan was to free Ratan Singh and come out of Alauddin’s territory. The Rajput warriors dressed as damsels fought Alauddin’s army while Padmavati successfully escaped with Ratan Singh with the help of Mehrunisa.

Alauddin had been injured by his nephew and was too weak at that point of time to stop the escape. However, the Rajput troops who went there along with Padmavati, got killed by his soldiers. Now, Alauddin’s anger knew no bounds. He imprisoned Mehrunisa for deceiving him.

As Alauddin recovered, he openly attacked the Chittor fort. A ferocious one-on-one sword duel endured between him and Ratan Singh. Ratan Singh got stabbed with arrows by Kafur from behind and died on the spot. The Rajput army was defeated and Alauddin entered the fort along with his troops. The final scene shows queen Padmavati and all the women in Chittor performing a mass suicide by walking into fire before he could lay his hands on them. The furious and frustrated Alauddin in shown beating the huge door of the fire chamber in order to stop them, but all in vain!

I must say, the cinematography by Sudeep Chatterjee is amazing. Padmaavat indeed has some breathtaking visuals. If you happen to watch the movie, you may get astounded by the portrayal of 13th century Indian palatial architectures. Chatterjee also captures some jaw-dropping scenery as well. I must praise the beautiful portrayal of forest and desert landscapes in the movie.

To add with it, the war scenes have been created with utmost perfection. A true CGI masterpiece indeed! What an astounding depiction of armies with thousands of horse riding soldiers ready for the battle! I also found the 13th century gigantic canons of Alauddin Khilji’s army to be very interesting. Honestly, I didn’t know about any historic weapons like that ever before. Even the Rajputs looked surprised after seeing these weapons when Alauddin brought them to war. 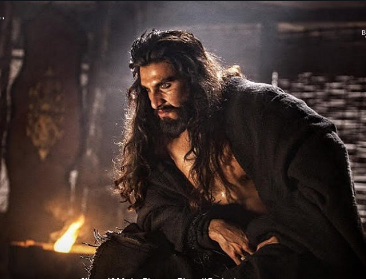 Upon watching Padmaavat, I can tell that Ranveer Singh has reached the heights in his acting career owing to his brilliant performance in the movie. He stole the show completely! I felt as if I was watching a ruthless sexual predatory beast of a sultan who can murder anybody and can go up to any extent to obtain Padmavati. If sources are true, it has been said that Ranveer had a tough time putting himself in the role of Alauddin Khilji. He had to place himself in the shoes of the character for months together before making this movie.

This is my personal opinion. The opinion of others might vary regarding this matter. Honestly, I didn’t find Deepika Padukone appealing enough to be presented as Padmavati. I mean, according to the historic scripts Padmavati was an epitome of gorgeousness. However, Deepika appeared to me just as an ordinary lady dressed in a queen’s attire. No doubt, Deepika’s acting is unparalleled in this movie. Still I feel Bhansali could have opted for some other female cast whose beauty to some extent would have been able to match the level of the real queen Padmavati.

Honestly, what on Earth did the plot turn out to be at the very end? Ratan Singh and Alauddin are shown sword fighting in the middle of the desert with both their armies standing as silent spectators! Eventually, Ratan Singh gets trickily killed by Kafur from behind. I don’t know if this incident actually happened in Mewar’s history, but personally I find this mindless. Weren’t kings supposed to battle alongside their armies at that time, instead of pursuing egoistic one-on one fights in the middle of the desert?

Alongside Ranveer and Deepika, I believe Shahid too came out with his role of Ratan Singh pretty well. He did his best to present himself as the egoistic Rajput ruler. My appreciation also goes to Ujjwal Chopra for competently carrying out the role of the braveheart Rajput warrior Gora Singh.

Bhansali had designed the screenplay along with Prakash Kapadia. Padmaavat has some beautifully scripted dialogues that go along with the movie’s flow. One dialogue by the injured and bedridden Alauddin when he choked his nephew to death by using only one arm goes this way, “Sultan banne ke liye gardan aur irade dono mazboot hone chahiye”, which means “In order to become an emperor, you need to have a strong neck and a strong will”. I personally find this dialogue to be awesome. I also found the track “Khalibali” by Shivam Pathak and Shail Hada to be exceptionally good. The choreography of this song by Ganesh Acharya is impressive. It features Alauddin dancing wildly along with his soldiers.

Padmaavat proceeds with a huge duration of 2 hours and 43 minutes! I believe Bhansali along with his editors Jayant Jadhar and Akiv Ali might have done their best to shorten this movie as much as possible. However, I think it might not have been possible to reduce the duration further as this epic historic drama needed to be presented before the audiences with detail.

Overall, I find Padmaavat to be a truly entertaining cinematic masterpiece. I was moved by the last scene where Padmavati with her women troop walked into the fire in order to avoid becoming Alauddin’s prey. If you happen to watch this movie, you will get well acquainted with queen Padmavati’s bravery and her sacrifices for her kingdom.