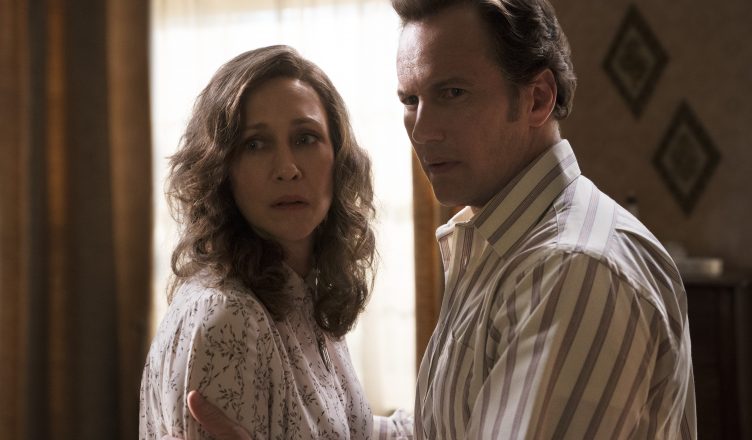 The Conjuring: The Devil Made Me Do It reveals a chilling story of terror, murder and unknown evil that shocked even experienced real-life paranormal investigators Ed and Lorraine Warren. One of the most sensational cases from their files, it starts with a fight for the soul of a young boy, then takes them beyond anything they’d ever seen before, to mark the first time in U.S. history that a murder suspect would claim demonic possession as a defense.

The Conjuring: The Devil Made Me Do It -Trailer

The Conjuring 3 The Devil Made Me Do It Review:

The strongest positives in The Conjuring: The Devil Made Me Do It are found in the Warrens, played by Patrick Wilson and Vera Farmiga. Even if Wilson and Farmiga look far younger than their characters, they still manage to make you believe that they’re wonderful couple…who just so happen to exercise ghosts and demons. Their on screen chemistry is superb and they are certainly the driving force in the film. Anytime they’re on screen, they keep your full attention. 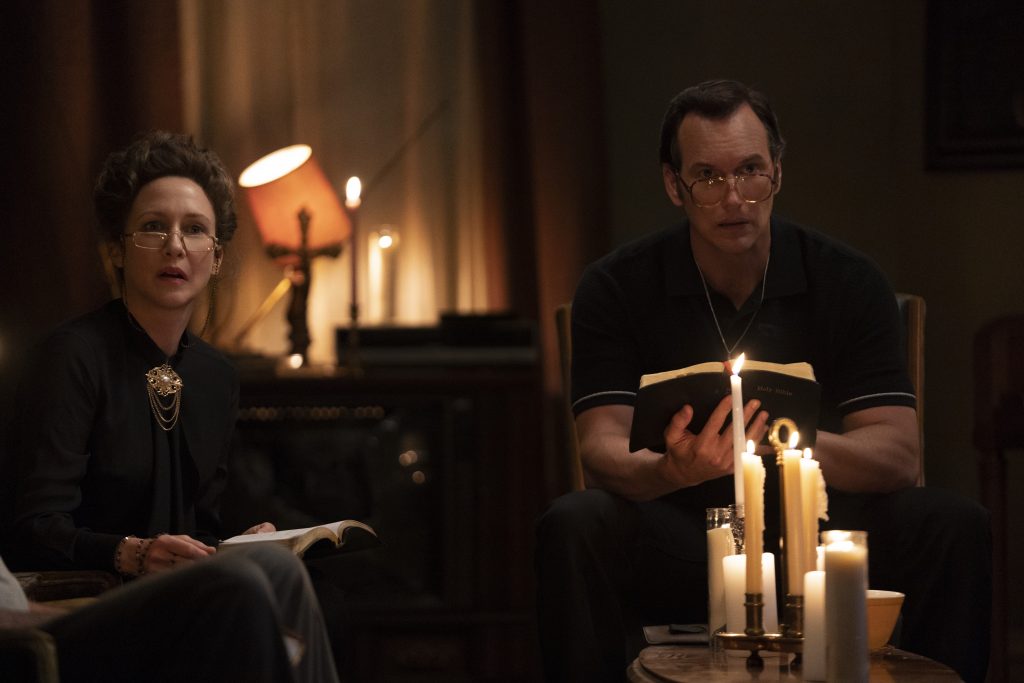 I’ll also give credit to the writing here too. The Conjuring: The Devil Made Me Do It has an interesting story that will keep you intrigued. The most fascinating aspect was how the story was based on a real life court case. On top of that, the added mystery component will keep you wondering until the end. Although it was a bit disappointing that the “why” behind the supernatural phenomenon was deemed irrelevant and ignored. Nevertheless, it doesn’t take away from the fact that you’ll still want to know more the deeper the film goes.

As a nice bonus, this film has some callbacks to the other Conjuring related films. In true fashion as the tentpole franchise, this movie laid some compulsive groundwork for yet another potential spinoff series. John Noble’s character, “Kastner”, stirs up a ton of curiosity with his sketchy past that audiences could be itching to know more in a future movie series.

Probably the most disappointing aspect of The Conjuring: The Devil Made Me Do It is just how basic the movie treats the horror genre. It’s completely formulaic and, as a result, it’s far too predictable. Director Michael Chaves provided very little originality in the scares this film. Practically every terror is telegraphed at every turn. There’s never a moment where you don’t know when the scary stuff is about to happen. It felt like Chaves was just checking off the boxes from the “How to make a horror movie” list. It gets to the point where even tired old horror movie tropes like the running, tripping, falling woman get used too. 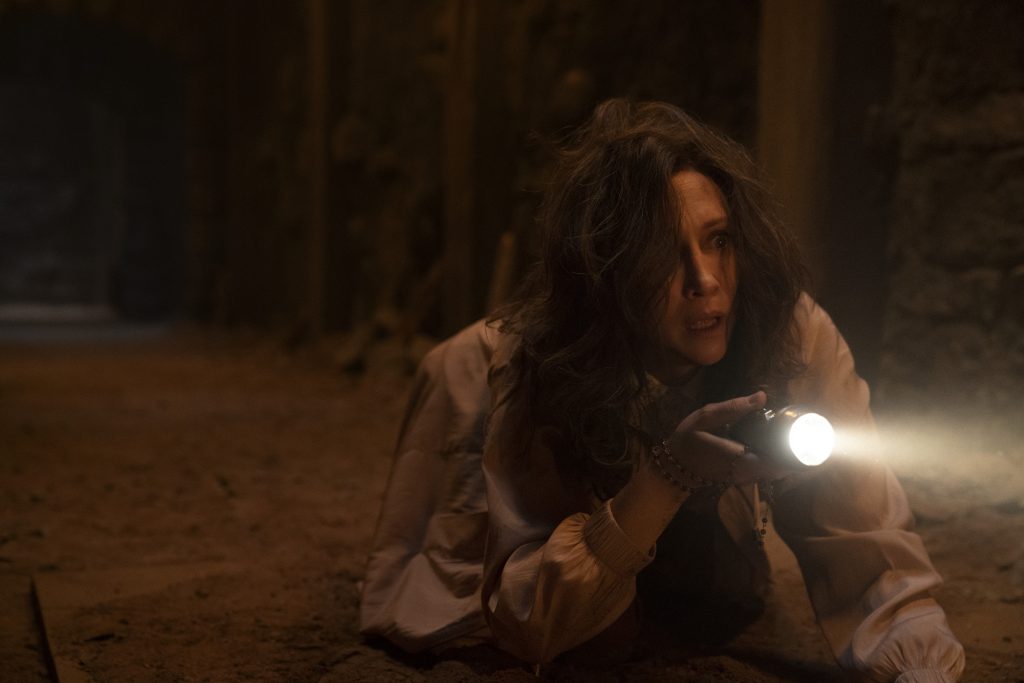 There were just a lot of missed opportunities to truly make this movie scarier than it tried to be. The jump scares were mediocre at best. There also didn’t seem to be much effort in utilizing more creative cinematography to push our imaginations. Again, if you see the scares coming, then they’re not going to be scary. Plus, it didn’t help that the same ghoul/ghost being was being used multiple times. At one point, I was just thinking that the Warrens just need to call the ghost busters or Rick from the Walking Dead.

The Conjuring: The Devil Made Me Do It is by far the weakest of the Conjuring films thus far. It’s a generic and unimaginative horror that relies too heavily on genre tropes to be distinctly unique. This movie should be a clear sign for Warner Bros Pictures that if they want this franchise to succeed, then they need to put James Wan back in the director chair at whatever cost. It’s fine to have other directors take on the spinoffs, which can be hit or miss. However, if the Conjuring movies are the major tentpole for the franchise, then only James Wan should be taking those on. 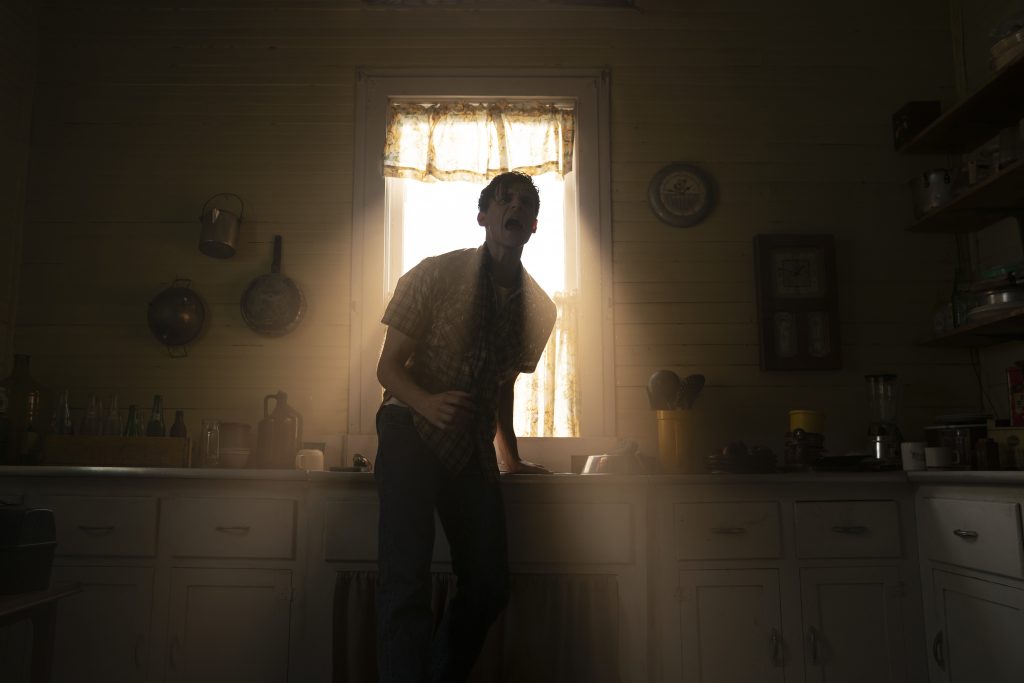 The Conjuring: The Devil Made Me Do It has only two jobs. The first was to create interest in potential spinoff movies. It accomplished that with “Kastner” and his peculiar past adventures. The other job was to be scary, and it failed at that. If you’re an experienced horror movie lover, then this movie isn’t going to keep you up at night at all. If you happen to be new to horrors, or don’t watch them often enough to notice the common horror tactics, then this film could be scary enough. 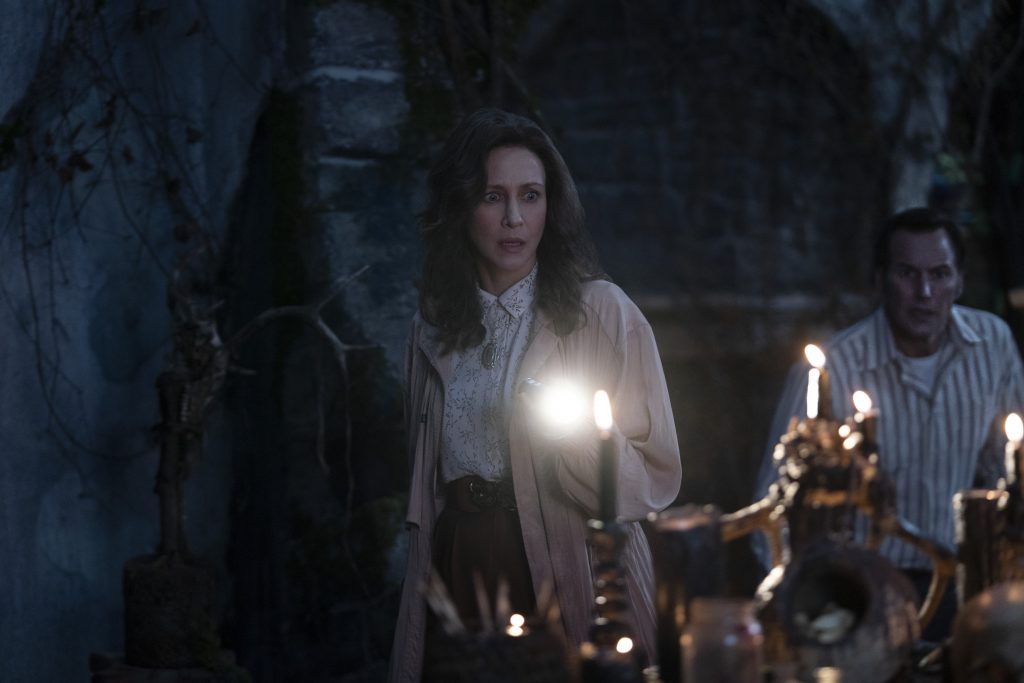 I’ve always liked to compare horror movies to the likes of spicy food. Too much spicy food can give you stomach aches and put you through a lot, but you still come back for more. If The Conjuring: The Devil Made Me Do It were a spice level, it would just be mild at best. It’s got some flavor, but no real kick. Feel free to check it out if you wish in theaters. If you do, I’d recommend [re]watching Annabelle Comes Home to be better prepared for this film. 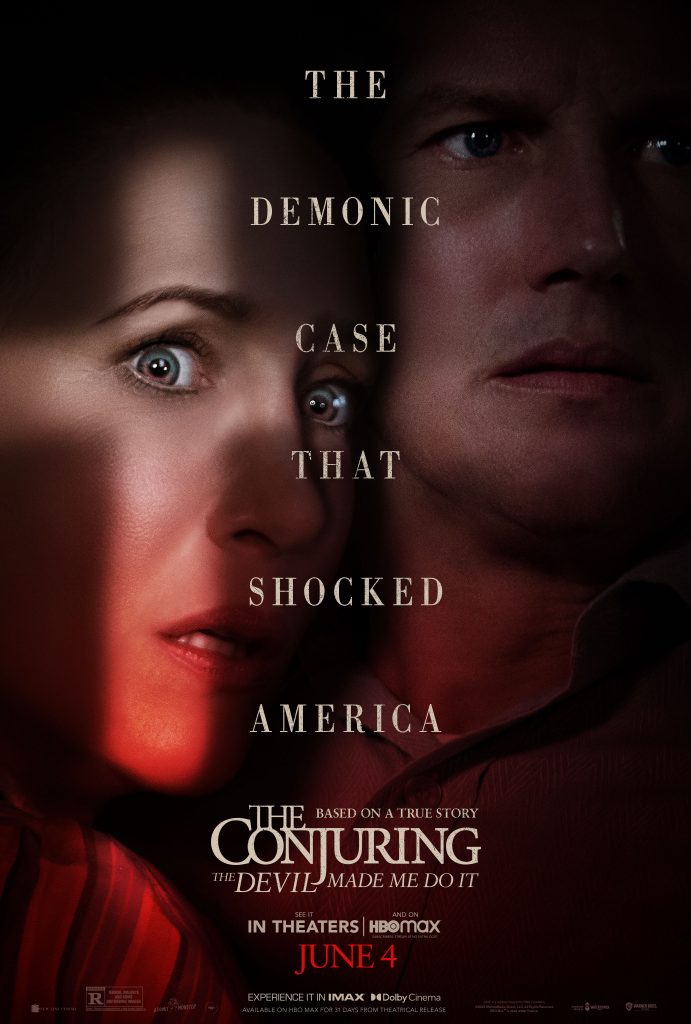 Director: Michael Chaves
Writers: David Leslie Johnson-McGoldrick, James Wan
Stars: Patrick Wilson, Vera Farmiga, Ruairi O’Connor
The Conjuring: The Devil Made Me Do it will be in theaters and on HBO Max June 4, 2021. Be sure to follow E-Man’s Movie Reviews on Facebook, Subscribe on YouTube, or follow me on Twitter/IG @EmansReviews for even more movie news and reviews!