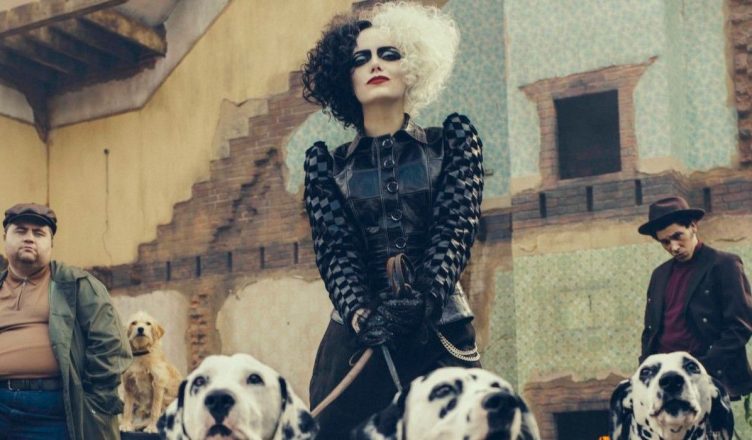 Walt Disney Studios is once again making a live-action film of one of its greatest villains, after Maleficent. This time, the villain is none other than Cruella de Vil from the Disney franchise 101 Dalmatians.

Cruella (2021) focuses on the younger version of the villain. Estella is an ambitious and aspiring fashion designer. She works for Baroness von Hellman, who is the head of a prestigious fashion house. After befriending a pair of thieves and striving for recognition, Estella transforms into the sadistic Cruella, and sets out on a journey of madness and revenge.

The film wouldn’t have been as perfect and mesmerising, if it wasn’t for Emma Stone.
Stone plays the protagonist, Estella (later Cruella), with the perfect amount of craziness and insanity. The other Emma in the film—Emma Thompson—plays the antagonist called The Baroness.
Both of the actors fit spectacularly in their respective roles. I also really enjoyed the comic-relief characters of Horace and Jasper.

“From an early age, I realised I saw the world differently than everyone else.”

The film featured an impressive soundtrack including songs from Nina Simone, Bee Gees, The Rolling Stones, Nancy Sinatra, and many others.
Songs like “Sympathy for the Devil” and “I Wanna Be Your Dog” were ideal fits for the theme of the movie.

The dark cinematography gave an evil touch to the theme of the film. It went very well with the personality of the titular character.
Cruella’s fashion style was dark and punk, and while it felt a bit out of place considering the film was set in the 70s, the grand costumes were absolutely brilliant. Kudos to the costume designers! 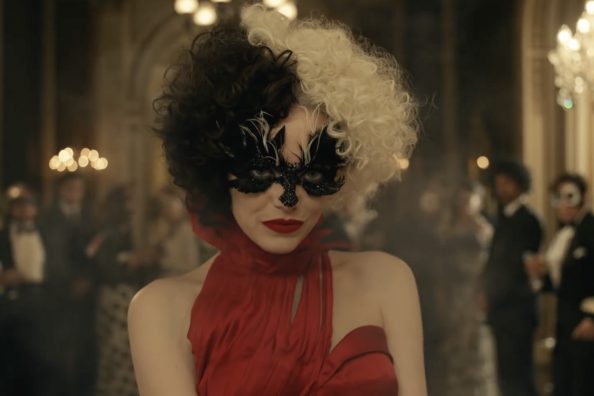 Disney villain origin stories are quite interesting. I really liked Maleficent, which gave a fresh perspective to the Sleeping Beauty‘s antagonist. However, I was a bit skeptical when I heard about Cruella’s origin story, mainly because her character was far more sadistic.
As expected, Disney gave the villain a redemption arc and a sympathetic backstory. The plot did not mention how the talented fashion-designer went to become a puppy-skinning villain. Thus, the screenplay lacked by a lot and felt like a more sadistic take on The Devil Wears Prada.
In my opinion, The Baroness seemed far more similar to Cruella de Vil’s character, than Cruella herself.

The film felt longer than it was, and sometimes deviated from its focus on Cruella’s story. The plot was mainly centred around the various heists, in order to appeal to the younger audience.

Disney successfully transformed one of its evilest villains into a talented, feminist fashion-designer.
Emma Stone’s Cruella is not evil. She just has a knack for mischief.

Keeping these differences aside, Cruella was an entertaining watch. The film was dependant mainly on Emma Stone and Emma Thompson, and both the performances were genuinely exciting.

The film also leaves space for a possible sequel in the future in its end-credit scene. Hopefully, they’ll correct the character inconsistencies in the predicted sequel.

The Conjuring The Devil Made Me Do it Review: A Basic, Mild Horror Film