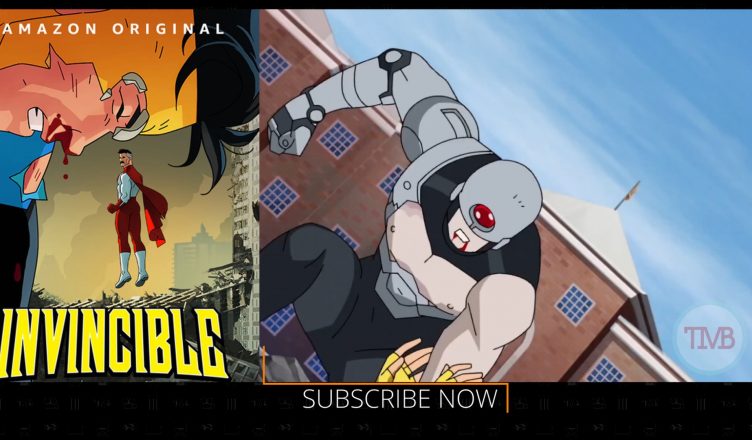 So this is a strange episode for Invincible. I really like the show but sometimes the pacing is a little annoying. Like the last episode we saw Battle Beast lay wreck to Invincible and the new Guardians of the Globe and this episode is a bit more subdued compared to the action of last week. We start off with a weird drunk guy trying to flirts with some girls on his camus until he’s kidnapped, tortured, and mutilated.

I love the humor. The kidnapped dude’s first words are to refer to his capturer as a nerd until he sees all the monsters and that his hand is gone.

I feel like this character is inspired by the Batman villain Professor Pyg or maybe Dollmaker and a little bit of Doctor Doom. Those dudes are similar in that they like to kidnap and mutilate innocent people too. It’s very suspenseful and it’s an interesting change of pace and tone compared to last week. He’s also very Doctor Doom like in his arrogance. He’s an interesting character and I hope we see more of him in the future.

I don’t know if I like this start and stop pacing of the show. It’s a little annoying because I was hoping to see the rematch betwene invincible and battle beast but that didn’t happen.

As I mentioned, Invincible got the dookie stomped out of him last episode so when we first see our hero he’s in the process of getting patched up by doctors. He wakes up and starts acting like somebody knocked some sense into him because he’s all like ready to retire from the superhero thing and instead wants to focus on his GF and looking at colleges.

That’s a serious beating if you get beat so bad that you start re-thinking your career choices.

So as Mark is all getting used to the idea of just living a quiet life of a student and boyfriend his colleg ecampus gets attacked by some random cyborg. We know that this is the dude from the beginning of the episode but aint nobody realize yet.