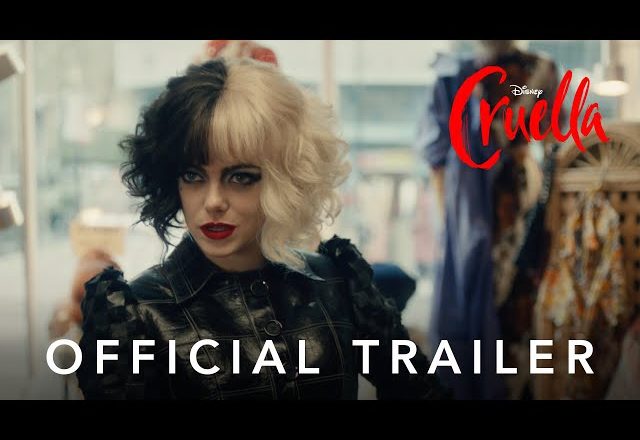 After Maleficent, Walt Disney is once again making a live-action film of one of its greatest villains. This time, the villain is none other than Cruella de Vil from the Disney franchise 101 Dalmatians.

Cruella (2021) focuses on the younger version of the villain. Earlier known as Estella, Cruella is an ambitious and aspiring fashion designer. She works for Baroness von Hellman, who is the head of a prestigious fashion house. After befriending a pair of thieves and striving for recognition, Cruella sets out on a journey of madness and revenge.

I found the trailer to be very exciting. The film seems to have a dark aesthetic throughout, which compliments the evil nature of the eponymous villain. Emma Stone, as Cruella, perfectly embodies the mannerisms of the character. Emma Thompson also stars in the film as Baroness von Hellman. Both the characters seem equally interesting and captivating. The soundtrack present in the trailer gives a very unique twist to it, and makes it even more compelling.
I have quite high expectations from this film, and hope it won’t disappoint.

Cruella will be released in theatres and on DisneyPlus​ with Premier Access on May 28, 2021.