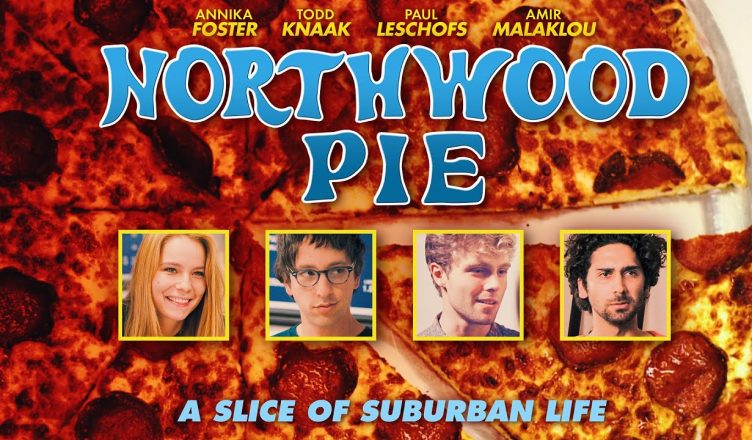 “Northwood Pie” is a scrappy underdog of a film that elevates a town’s communal pizza joint to an essential ‘rite of passage’. Crispin (Todd Knaak) is stuck in the suspended animation – killing time with aimless Community College and hanging with his oldest friends.

“Northwood Pie” is, at it’s raunchy roots, a mid 1970s stoner flick updated to the 2020s, packing potency the variety of which ganja genre giants Cheech and Chong would praise on high. While high.

Todd Knaak (who co-wrote this simple, yet, in it’s own unusual way, sweet story along with Director Jay Salahi) stars as Crispin, a Southern California kid at a critical crossroads. Will he be content continuing to get paid peanuts to pump out pizzas? Or will he pick a potentially more fulfilling future, galloping away to greener grass, leaving this one-horse town behind to choke on his dust.

The blunt and blue banter between Crispin and his equally lost buds is consistently hilarious here. The script succeeds in rising above the silly, while mercifully stopping short of miring in melancholy melodrama, hence heavily harshing the buzz, bruh.

The closing moments of “Northwood Pie” present a rousing and inspiring homage to a bygone time, both for these characters, and to an American era that once was. This is an indelible conclusion, an enduring final image capturing the uncertainty, and the endless possibilities, of youth. It is one of spontaneous clarity.

Achieved only after the smoke settles.

"Northwood Pie" (2020): A Honkin' Slice of The Slacker Sensibility

"Northwood Pie" (2020): A Honkin' Slice of The Slacker Sensibility