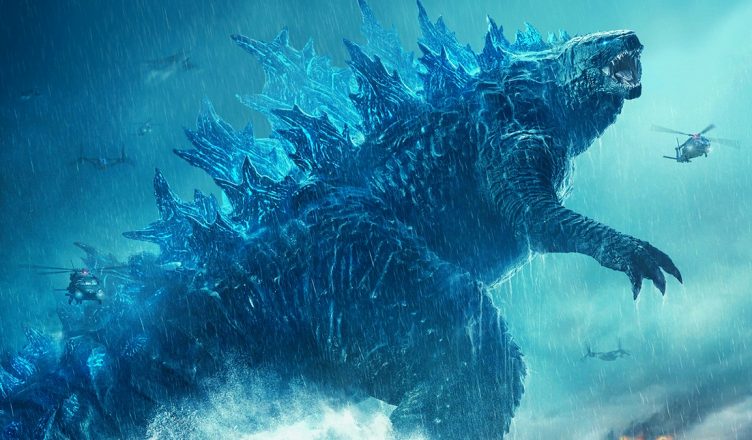 The new story follows the heroic efforts of the crypto-zoological agency Monarch as its members face off against a battery of god-sized monsters, including the mighty Godzilla, who collides with Mothra, Rodan, and his ultimate nemesis, the three-headed King Ghidorah. When these ancient super-species—thought to be mere myths—rise again, they all vie for supremacy, leaving humanity’s very existence hanging in the balance.

Godzilla: King of the Monsters Trailer:

First and foremost, this film did not waste any time when it came to showcasing Godzilla or the other monsters. That in itself is a huge major win for this film seeing as though the previous Godzilla (2014) took practically an entire hour before they showed the creature at all. Moreover, this sequel starts off with the aftermath of the previous film to help continue the story. In terms of the narrative, it was nice to see the stories connect and address the gravity of the situation when giant monsters have destroyed an entire city. In addition to this, the level of destruction in this film was really on par with what we could expect from giant monsters fighting.

Speaking of monsters, we get a whole lot more in “King of the Monsters”. It would appear that any criticism the previous Godzilla movie received for having a lack of monsters had been heard loud and clear by the movie studios. The inclusion of multiple monsters was probably this movie’s strongest asset. There was a nice variety of monsters that casual Godzilla fans may not be acquainted with. However, the initial draw will come from the more classic monsters that have been advertised like Mothra, Ghidorah, and more.

When it came to the more well-known monsters, they thankfully didn’t remain one-dimensional during the movie.  Many of them were given a combination of various attack moves or power-ups to help make their battles more interesting. While I’m on the subject, the monster battles are exactly what people expect, and “King of the Monsters” does mostly deliver in that regard. Many of the fights were constructed in a manner that almost felt like a professional wrestling match. There were many moments in the film where the drama and suspense would build up and you’d find yourself practically cheering for this or that monster at any given time. 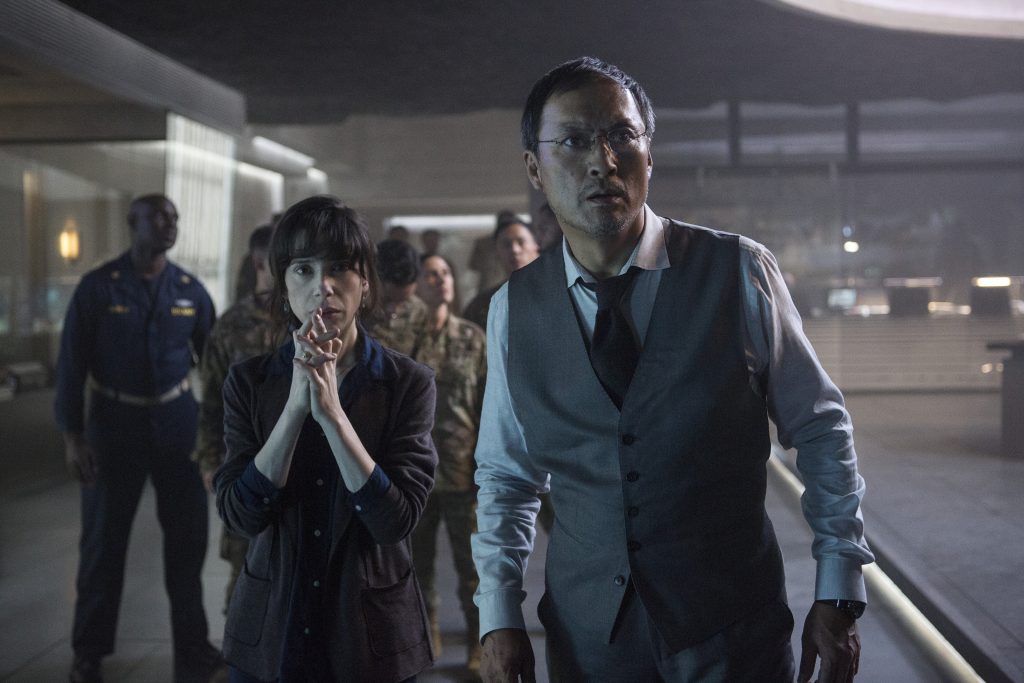 Besides the monsters, most of the actors handled their roles just fine.  I just want to highlight the one actor that felt the most compelling and that was Ken Watanabe. He had a certain presence in the movie that just made you want to pay attention and listen to him as the voice of reason. It was refreshing to see his role expanded much more this time around.

One element that was also essential and nicely done in this film was the inclusion and growth of the Monarch company. The benefit of this organization is that it becomes a practical medium for the audience to obtain information in a reasonable way. The positive with Monarch’s role is that the film is able to provide a lot of additional mythological lore about the monsters which just so happen to also be homage to the much older Japanese Godzilla films.

Starting with the minor issues first, I think that the random bits of humor in the movie were hit or miss. In a vacuum, the jokes or humorous moments were chuckle-worthy at best, but when you think about the movie as a whole, the humor really didn’t serve any beneficial function. It unnecessarily broke the tension, or the sense of urgency that the monsters posed. Between this sequel and Godzilla (2014) film, the tonal shift became much lighter, and I don’t think that was a good direction to take. Again, it’s minor issue, but in hindsight, it became rather noticeable how unnecessary it was for the film. 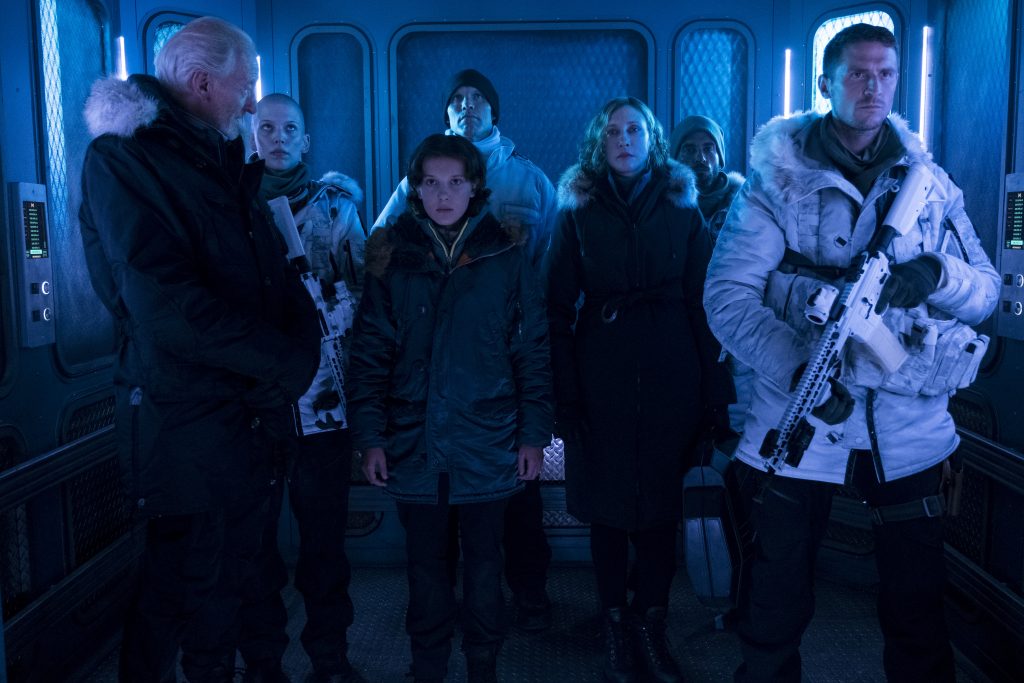 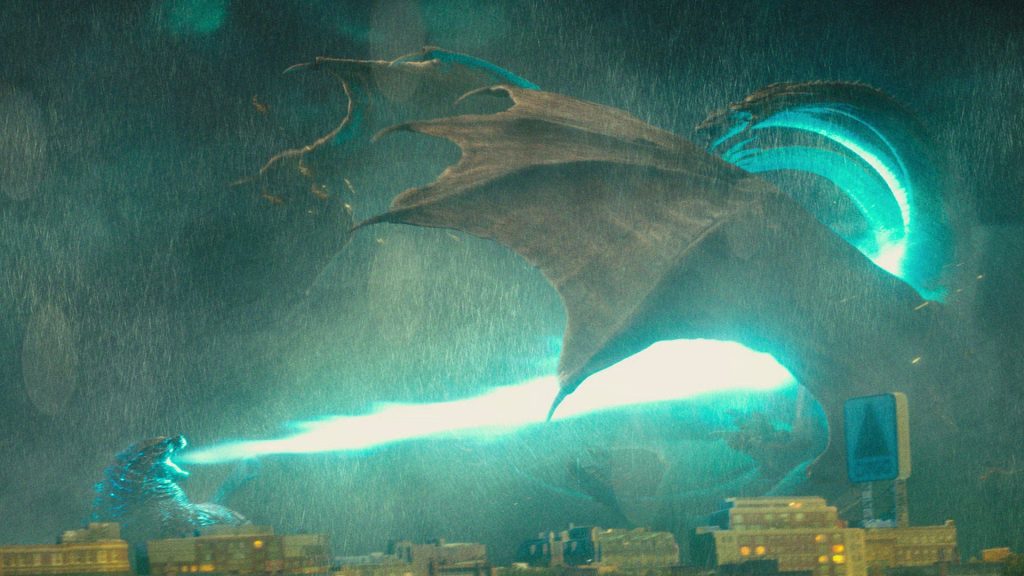 As for the last minor issue with this film, you’ll be able to tell pretty early on that this movie is rather predictable. Unfortunately this film doesn’t take very many risks with its characters or monsters so that basically leaves you to easily guess the outcome of most situations. You might start to notice that the film will telegraph situations during a really intense moment and after the fourth time or so the build up of anticipation starts to wear thin. 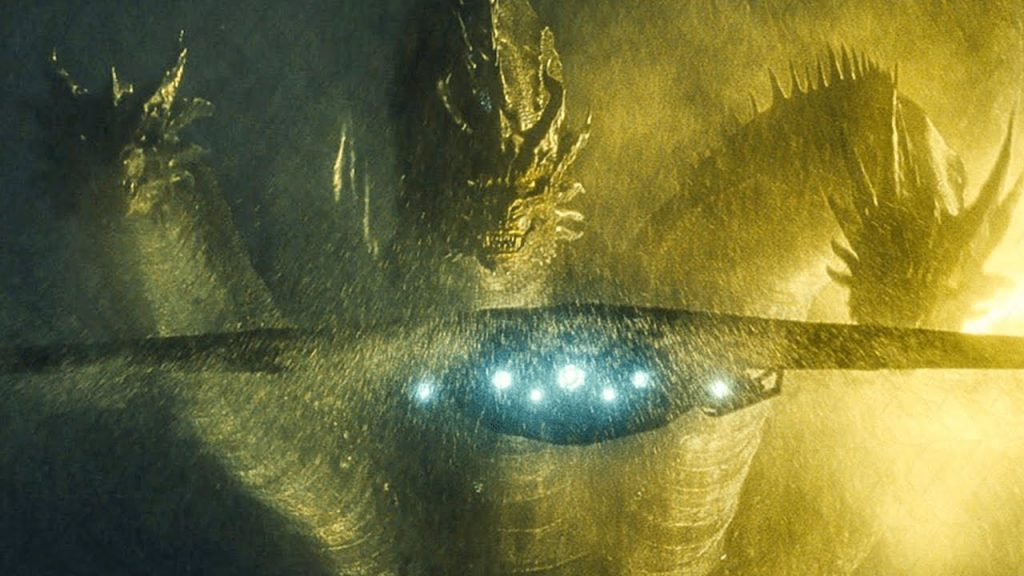 With those minor issues out of the way, now we can talk about one of the major issues. Unfortunately, while it was a commendable effort to include more monsters in the movie, many of them were just wasted. While the initial setup and promise of the film feels like there will be a major free-for-all, we just have a bunch of monsters become background noise. To top that all off, even one of the primary monsters in the film was a complete and utter letdown. This particular monster gets hyped up so much, and even has some pretty interesting moments in the film. However, when it’s all said and done their entire existence was for nothing. 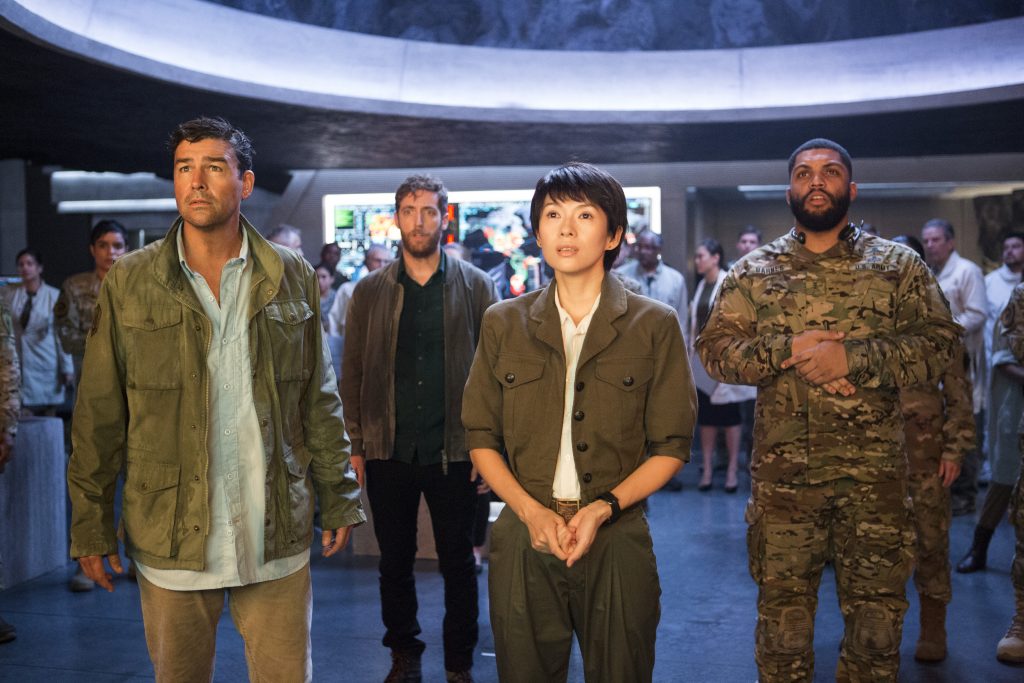 As for the biggest problem in “King of the Monsters”, that prize goes to the all of the humans in the movie (except for Ken Watanabe’s character) and their personal drama. While the movie studio clearly heard the criticism of not having enough monsters, they apparently missed the memo that the human drama is not needed at all. The motivations for some of the main characters are pretty dumb and almost straight from a comic book villain’s story. For a monster movie, taking time away to focus on the human characters’ personal drama was a huge distraction.  As a matter of fact, “King of the Monsters” is 2hrs and 11 mins long and it most definitely would’ve been better served to remove the family drama elements to save a solid 20 mins of time. To make matters worse, many of these irrelevant issues would come up right in the middle of the climatic monster fights. All of that rising action and tension gets broken every time we take time away from the monster fights to focus on a character’s personal issue. I don’t know how anyone would’ve thought that would be a good idea at all, but one of the best monster fights in the movie has to take a break just to show us an update on how some family is doing in the midst of the fight.

Godzilla: King of the Monsters is a monster movie that feels like a restaurant that just can’t get your order right. It’s like when you ordering a hamburger with extra ketchup and no pickles. When you finally get your burger, they give you the ketchup packets on the side (which is fine) but you still find two strangely pickles hiding under the bun. So let me address this human problem with a bit more clarity because I don’t want there to be any confusion with my criticism.

Right now, Godzilla: “King of the Monsters” is falling into a similar trap that the Michael Bay movies would succumb to. It’ll give you a lot of the good stuff you wanted (The Transformers), but it won’t take the time to filter out the unnecessary things either (human drama). There simply needs to be a better balance when it comes to the monsters and the human drama in these films. 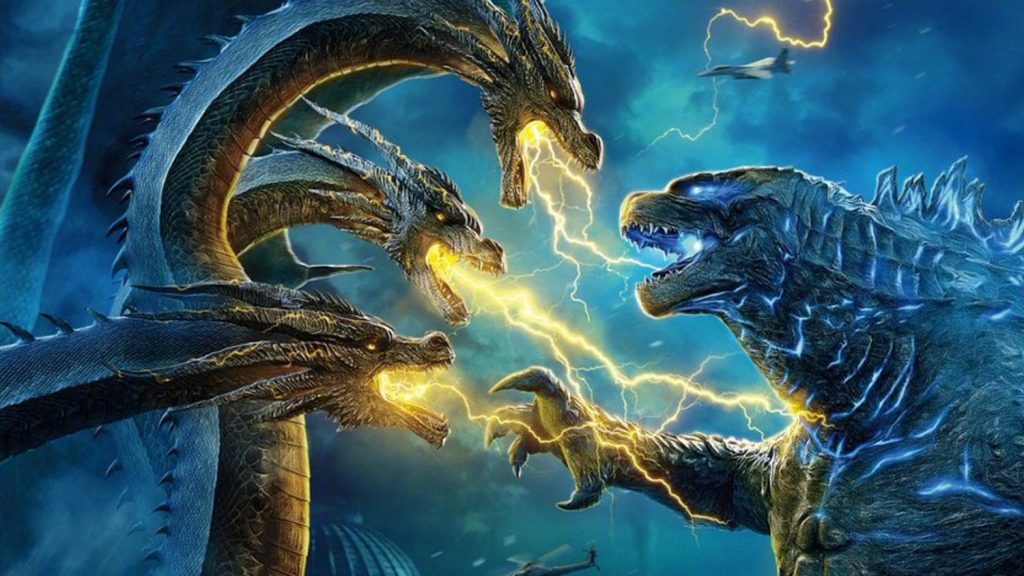 I say that because I believe there is a built up expectation for audiences to come and see monsters fight. The monsters should be the lead characters in the film and receive the most screen time. Besides that, the humans should be complimentary or secondary characters rather than trying to fight for the audiences’ attention. In other words, the only human drama that is necessary in these films should be any drama that is directly related to the monsters themselves. The moments in the movie that show the humans trying to deal with the monster problem are great. The moments when they’re trying to deal with their family, marriage, or whatever else is not so great. I’m sorry (no, I’m not) but I don’t care about a family’s personal issues while a group of large monsters are destroying the world right outside. The humans in these movies can serve the purpose of  informing us about the monsters, be affected by the aftermath of the monsters, and even have some relationships with the monsters. (Since many of the humans in this movie have a weird inclination to want to touch the monsters’ faces.) Regardless, the moment the focus goes away from the monsters and onto the humans and their personal issues, the film has betrayed its primary purpose, which is to be a movie about monsters. 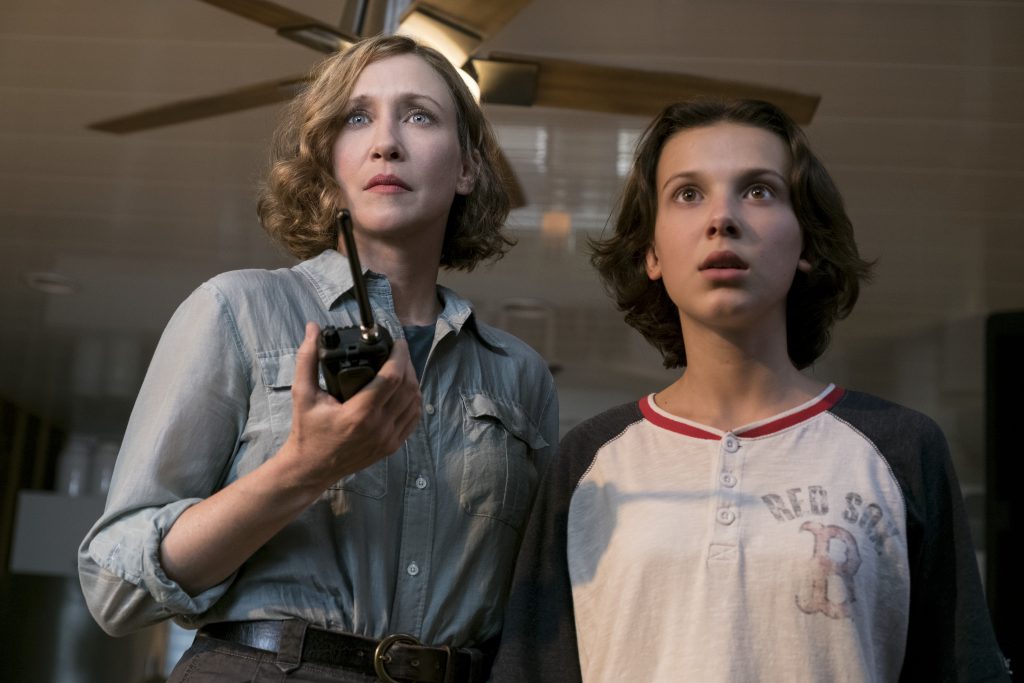 With all that being said, yes, this movie did some great things with the monsters. Yes, it does have some great action, and I’d say it had some entertaining moments. It’s ultimately an ideal popcorn flick that is worth seeing in theaters IF you you’re willing to ignore the parts of the movie that have nothing to do with the monsters. The story is nonsensical, but they give you so many monsters to distract you, you’ll probably be more forgiving about it. As a fan of monster movies myself, and despite the many issues I had with this movie, I’d recommend to check this out. Be sure to stay until the end of the credits for a bonus post credit scene too. 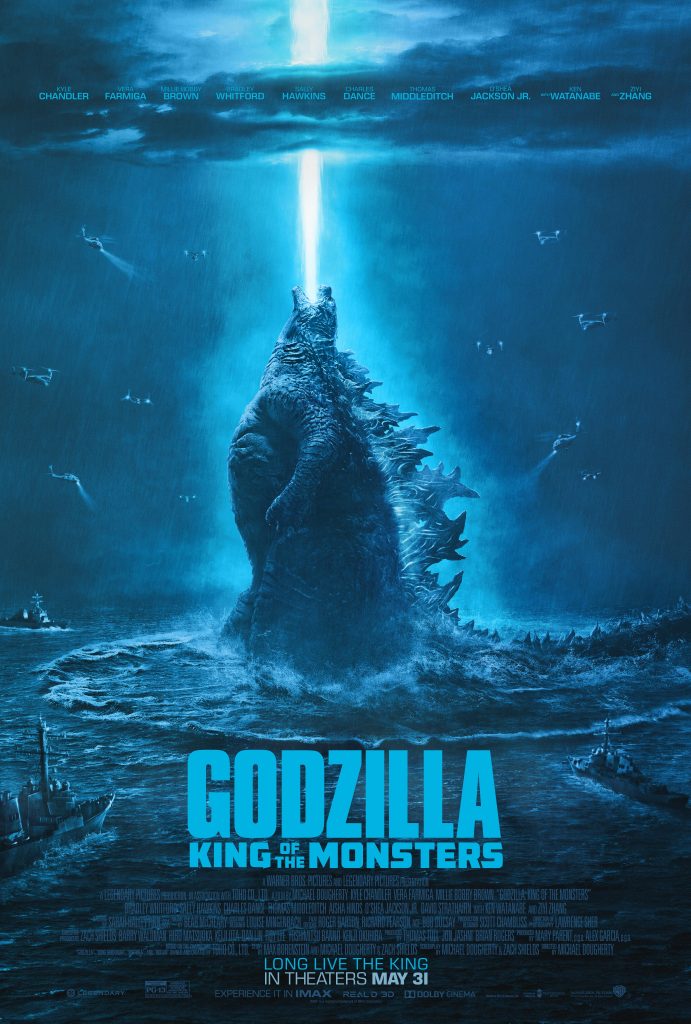