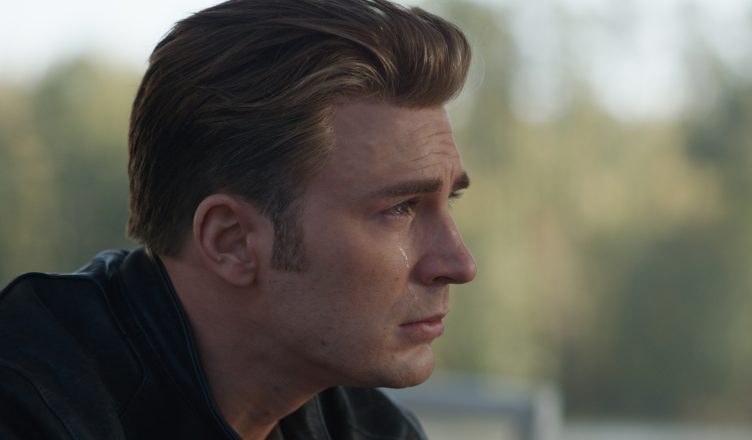 The grave course of events set in motion by Thanos that wiped out half the universe and fractured the Avengers ranks compels the remaining Avengers to take one final stand in Marvel Studios’ grand conclusion to twenty-two films, “Avengers: Endgame.”

First and foremost let me talk about the incredible job this movie did with balancing its tone. Often times juggling various tones can be detrimental to a film, but if/when it’s accomplished, it’s a beautiful thing. The Russo brothers found a great way to throw us all on an emotional rollercoaster ride of feelings. Carrying over from the devastating impact of Avengers Infinity War’s ending, Avengers Endgame continues to harp on those deep emotional attachments that audiences have cultivated for the past decade. What’s amazing about this is that the dark moments are shared with some bright ones at the same time. As we  know, Marvel has come to infuse a ton of humor into their films, and Avengers Endgame is no different. There are a number of running jokes, hilarious one-liners, and comedic scenes that’ll be sure to bust some guts. In spite of all that, we’re still given some incredibly difficult moments that will undoubtedly hit many fans right in the feels. “Bittersweet” is probably the best way to describe the entire film’s emotional impact. Thankfully, the movie’s plot provides such a great conclusion that every feeling endured will feel well worth it. 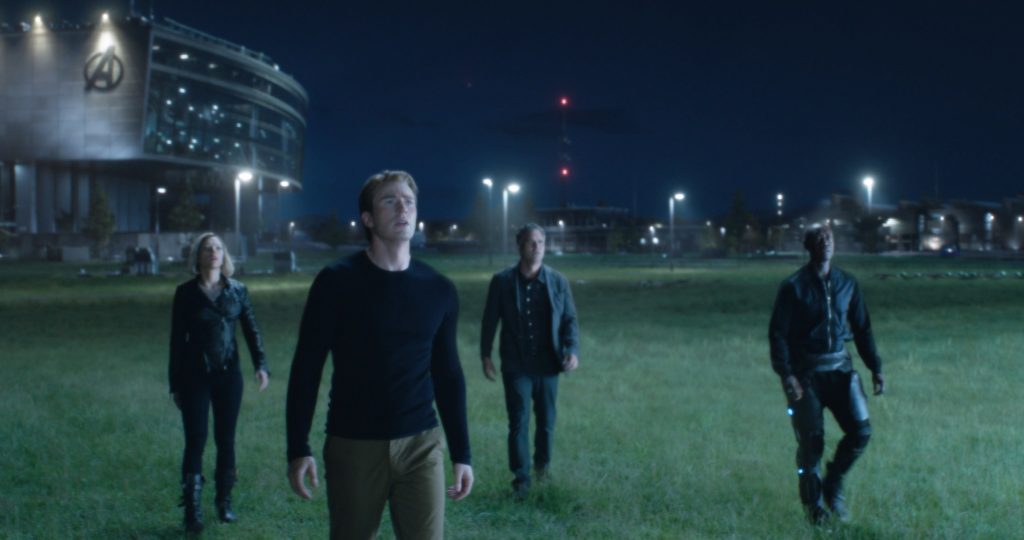 There’s a level of satisfaction, I believe, that will be felt through the effective development of the main characters. As expressed by the directors, Avengers Endgame focuses on the main, original six Avengers. Each Avenger has their own personal arcs completed in some fashion. For the fans who have been invested in the individual characters, the situations and decisions made by various characters revealed some interesting elements that have long been desired. Of course, it certainly helped that we got some solid performances from the actors to help make those character developments even more effective. 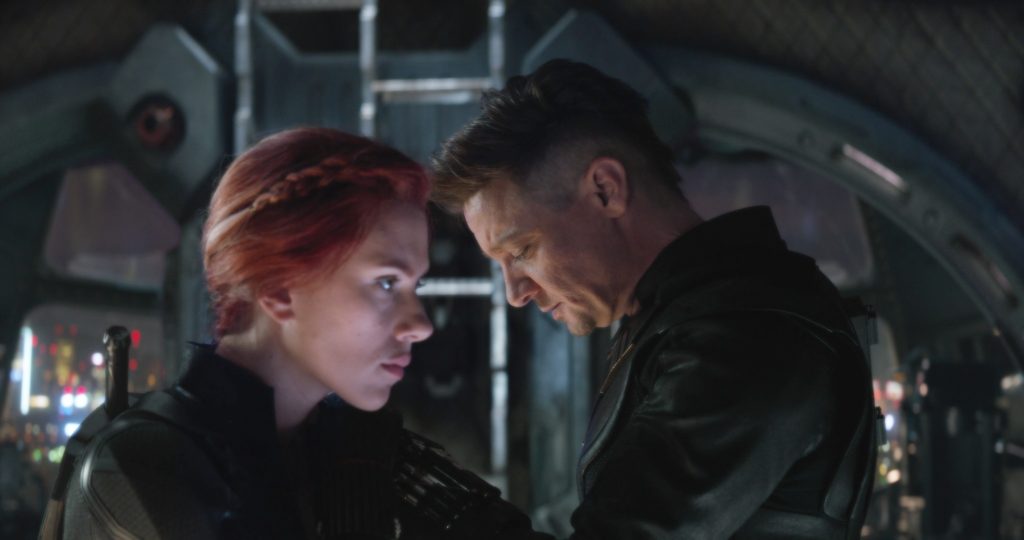 While everyone in the movie gave an overall solid performance, I do believe that a couple of characters definitely stood out above the rest for me. There was no doubt that Robert Downey Jr. would deliver with his iconic role as Iron Man. However, in my opinion, I thought that that both Jeremy Renner (as “Hawkeye”) and Scarlett Johansson (as “Black Widow”) had some of the strongest acting performances in the movie. Each character dealt with some incredible internal anguish that was perfectly conveyed on screen by both actors. Whenever they were making a hard choice, you felt that right along with them.

I think it’s completely fair to say, that Avengers Endgame has solidified Thanos as the greatest villain in movie history. Josh Brolin delivered a great performance as the character, and the writing of the film further carried him to new levels. Despite not reaching the levels portrayed in the comics, this version of Thanos is one that will be incredibly difficult to top in future movies.

Besides the acting, one thing that caught me completely off guard was the incredible number of cameos this movie offered. Despite the ending of Infinity War, Avengers Endgame still manages to have a number of characters work easily into the entire narrative. I believe that these cameos and other moments of dialogue within the film served as an excellent way to pay homage to previous Marvel movies. Time after time, audiences were treated to so much fan service you’d think it was a buffet of sorts. 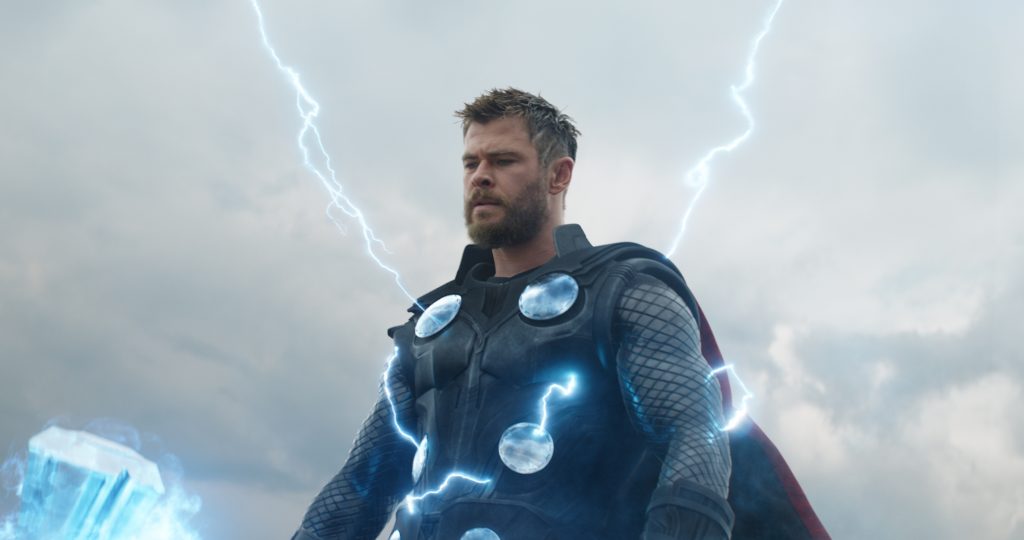 Moving on, this movie had probably the most amazing action scenes in movie history. I know some people may want to bring up “Lord of the Rings” or some other film franchise, but I think at the very least, within the superhero movie realm, Avengers Endgame owns probably at least two scenes that can only be described as epic. Furthermore, many of these scenes are edited in a way to totally shock and surprise you. Not only were these scenes pure orgasms for your eyeballs, but the significance that they carried within the plot itself was that more gratifying. In an effort to keep this spoiler-free, you’ll know the scenes I’m referring to as they are in the final third act of the movie.

One of the biggest issues I had with this film was in some of the choppy editing of the film. The movie is already three hours long, and while you don’t feel the impact of those three hours, there were still a few scenes that really could’ve used a bit more solidifying. There’s a scene early on in the movie that still rubs me the wrong way at just how convenient a major plot point gets resolved. There were also a couple of those really funny comedic scenes that could’ve stood to be cut after a minute or two. (The “diner scene” definitely could’ve been shortened or even “Thor’s home visit”.) Again, they are funny moments, but sometimes the best way to preserve a funny joke is to know when to stop and walk away. That didn’t always happen in Avengers Endgame unfortunately. 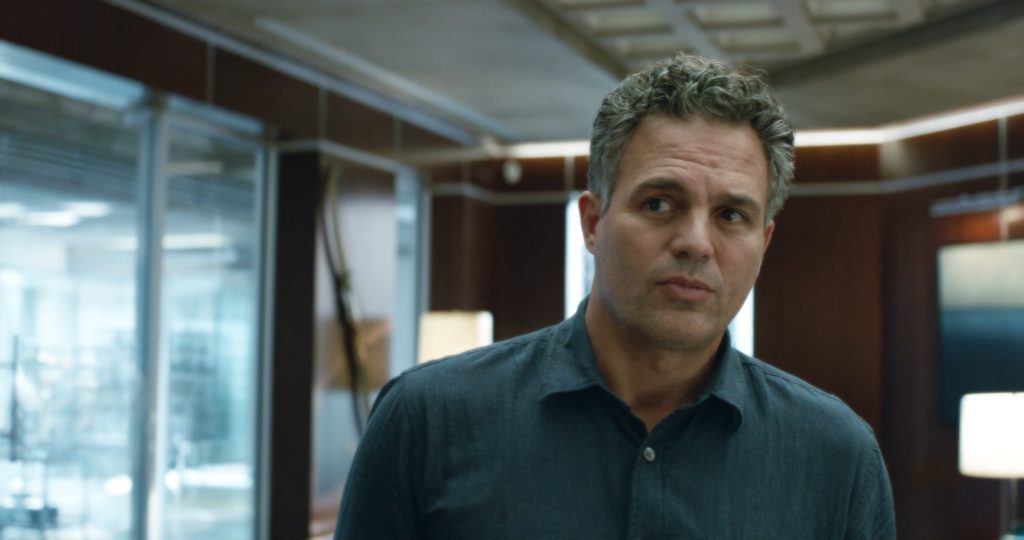 Another potential concern that I have for this film is that a certain element in the plot may be a bit too confusing for some audience members. There are some heavy concepts that are dealt with in the film, and while the movie does make a commendable effort to explain these ideas, it may get lost in translation for some people. It’s my suspicion that Marvel may have purposely left some of these ideas and plot points open in order to have their Disney Plus streaming shows fill in the gaps later. However, that still doesn’t necessarily excuse some of the confusion that may be introduced either. 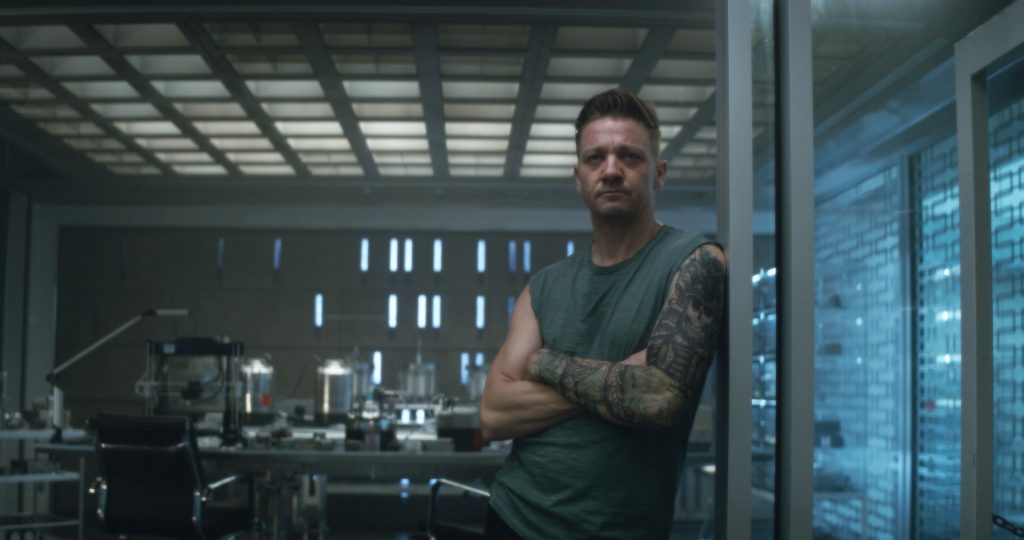 Lastly, and this is a tricky one, this movie is a victim of its own intention. What I mean is that this movie is intended to be a culmination movie, just like Avengers Infinity War. That means it’s supposed to be a summation and/or a conclusion to a series of previous movies. In the case of the MCU, that means 21 movies in the past 10 years.  While this movie serves that intention greatly, it doesn’t really land if it’s taken as a standalone film. If a movie goer were to walk in cold to watch this movie, and see what all the hype is about, it wouldn’t be outside the realm of possibility that they would only be mildly impressed. So much of the events and characters within this movie depend on previous knowledge of the past Marvel movies. That level of dependency can easily work against the movie just as much as it can for it.

Avengers Endgame is a bittersweet love letter to Marvel fans that ushers in a satisfying amount of closure. This was truly a grand adventure that ultimately had to come to a close. For those who may have doubted about the level of stakes from the results of Infinity War, those stakes still counted in Avengers Endgame. There’s nothing really cheap about what they did in this film because everything mattered. Every choice and course of action mattered to the characters and to the larger narrative within the MCU. 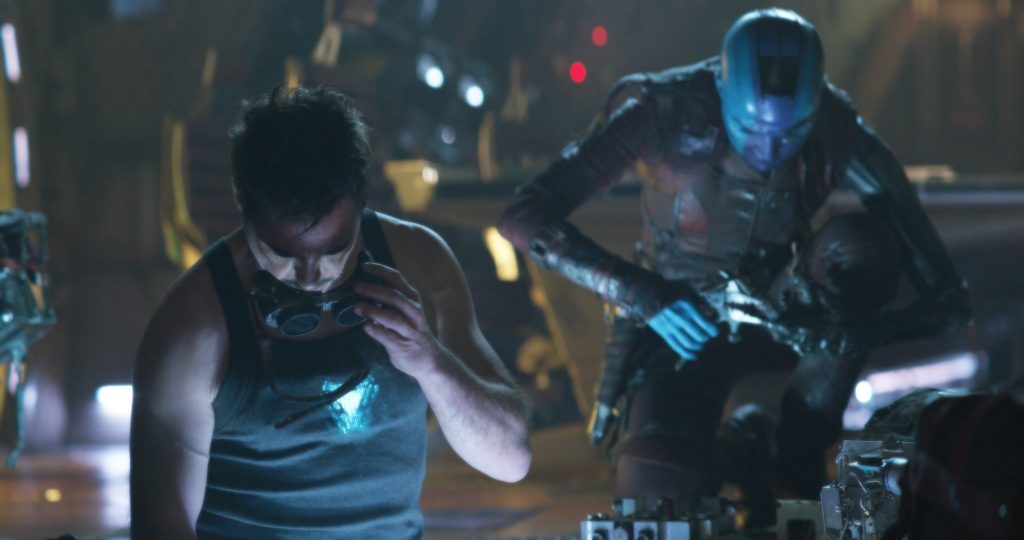 As I mentioned earlier, because Avengers Endgame is a culmination movie, it definitely is highly recommended to go in with as much knowledge of the previous Marvel movies beforehand. While every single one of the 21 Marvel movies aren’t entirely necessary to see (well maybe 20 of them are), I did compile a unique list of five Marvel movies that can help you prep before you watch Avengers Endgame. Again, I would recommend watching everything in chronological order, but if you don’t have the time, that list is available for you to see.

I understand some people have a few burning questions before seeing Avengers Endgame. If you want to know if it was better or worse than Avengers Infinity War, then you’re free to compare my reviews to get that answer. However, I believe that both movies serve different purposes so it’s really hard to judge them against one another. Avengers Infinity War served the purpose of setting the ultimate stage for a climatic adventure. Avengers Endgame served the purpose of bringing that to a final close. With two different purposes, again, I don’t think it’s fair to compare both movies as they each did a magnificent job at accomplishing their individual goals. 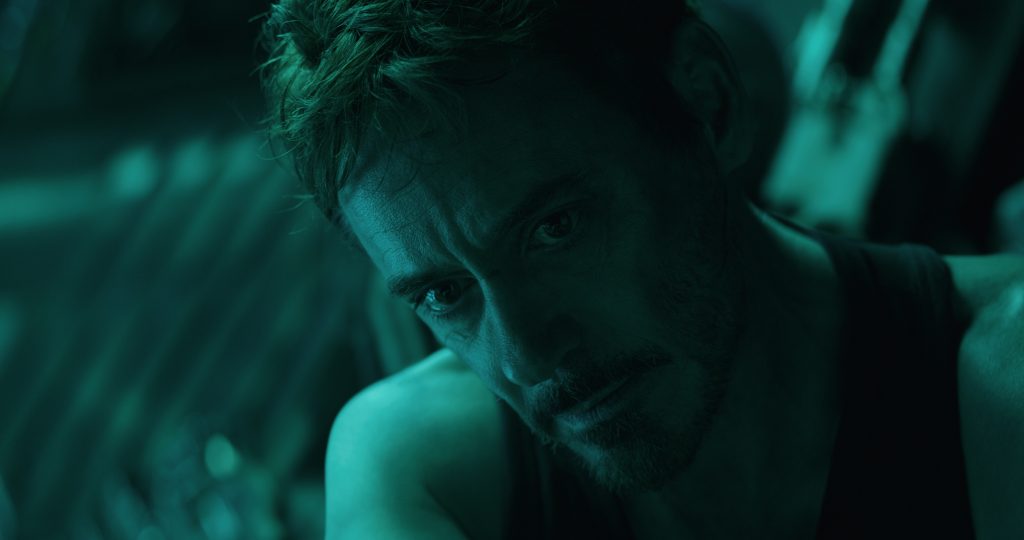 If you were wondering if there was a post-credit scene or not, I personally didn’t get one during my press screening. Now that doesn’t mean that there won’t be one after the worldwide release, however, I wouldn’t bet on one. The movie does a nice job of placing interesting elements throughout the story that tease potential for the future whether you realize it or not. There really isn’t much of a need for a post credit scene despite the tradition that Marvel has made us all accustomed to. So I’m not recommending for you to get up and leave before the lights turn on, but I am simply saying to brace yourself in the event that nothing happens after.

As for a recommendation on pee breaks, my personal recommendation is that the only acceptable times are before and after the movie. However, I understand things happen so if you really needed to make an emergency run, I would recommend the “Thor’s Home Visit” scene. You’ll get a nice laugh in, but that scene, in my opinion drags a bit, and a bathroom break won’t hurt at all. Just be sure to hurry back. 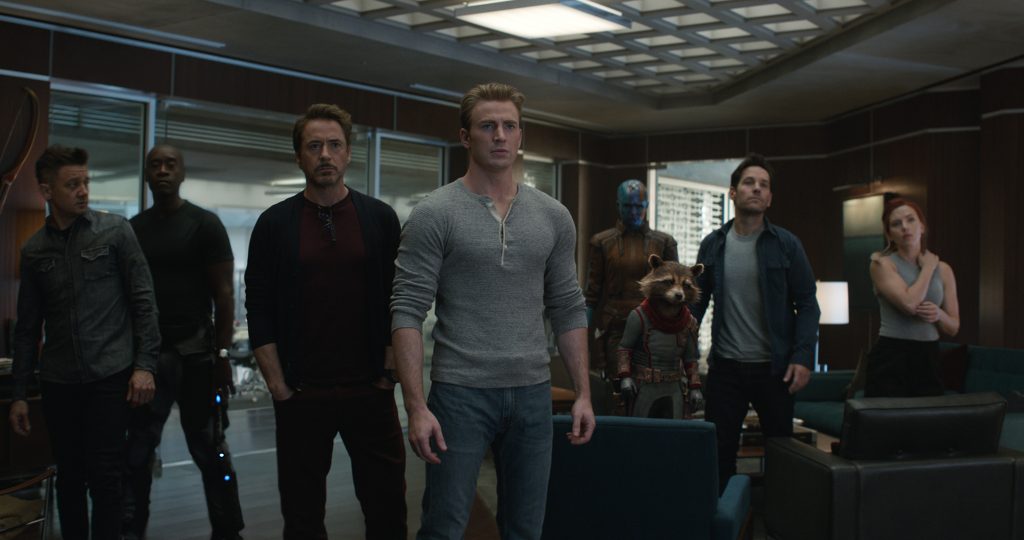 Finally, in case you couldn’t tell by now, I absolutely do believe that Avengers Endgame is totally worth your time and money to see in theaters. I would wave a huge flag of caution to avoid any and all spoilers if possible. The directors and movie studio have gone through some really great lengths to purposely keep many things a surprise for viewers. Those surprises are well worth the wait even if you’re one of those miraculous people who don’t mind spoilers. If you were to ever make the exception in your life to avoid spoilers, this would be the movie. In my opinion, it’s simply not worth it. You can watch the movie and be surprised as its intended, and you can consider that your spoiler when you go see the movie a second time. Do whatever it takes to see Avengers Endgame in theaters. 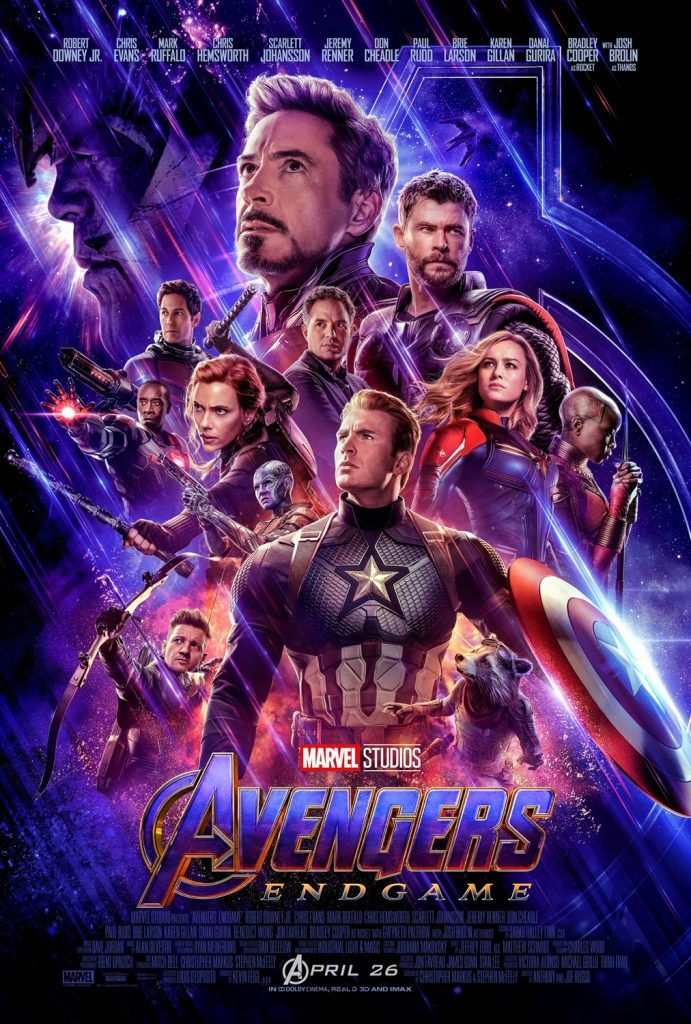