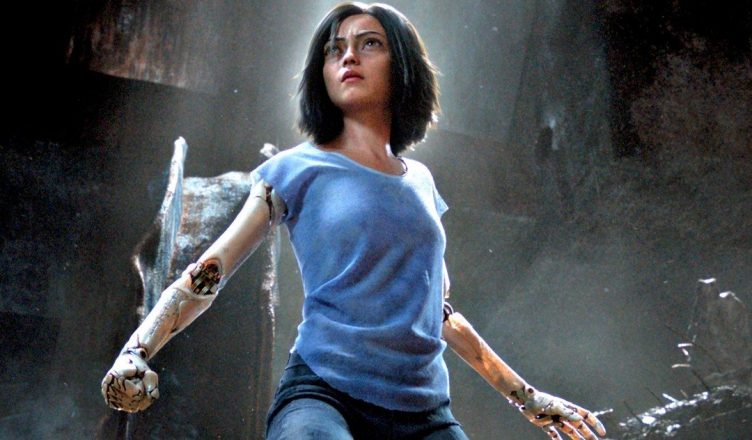 I have been waiting for this movie for quite a long time. I still keep an eye on specific productions because I have a personal interest in seeing their final product. Battle Angel is more like me just being a fanboy and wanting to see one of my favorite anime on the big screen. The first trailer dropped last week and I went ahead and produced a neat trailer reaction for it! Unfortunately YouTube blocked the video world wide so I am unable to share. I’ll keep working on getting that resolved but in the mean time check out the trailer:

WHAT IS UP WITH THOSE EYES!! Like, Seriously, they are distracting as all get out. The movie looks creepy and seeing Christoph Waltz take on the role of the good doctor that fixes Alita warms my heart. That being said, I have a hard time understanding the tone this trailer is going for. Is this an action movie? There are hints of Alita’s greatness but they are scant at best.

The trailer does a great job of making things seem spooky but I have to admit that there’s just not enough for me to help recommend this to friends and share my excitement. I cannot tell others a specific trait or moment in this trailer that differentiates it from others. Is this a super hero movie? Post apocalyptic? something in between a-la-Blade Runner?

I like what I see, but my expectations for the film and its box office are tempered based on what we’ve seen so far. Let me know what you think about this eyes in the comments and if you’re excited for Battle Angel. That’s all for now…

Visionary filmmakers James Cameron (AVATAR) and Robert Rodriguez (SIN CITY) create a groundbreaking new heroine in ALITA: BATTLE ANGEL, an action-packed story of hope, love and empowerment. Set several centuries in the future, the abandoned Alita (Rosa Salazar) is found in the scrapyard of Iron City by Ido (Christoph Waltz), a compassionate cyber-doctor who takes the unconscious cyborg Alita to his clinic.  When Alita awakens she has no memory of who she is, nor does she have any recognition of the world she finds herself in.  Everything is new to Alita, every experience a first.  As she learns to navigate her new life and the treacherous streets of Iron City, Ido tries to shield Alita from her mysterious past while her street-smart new friend, Hugo (Keean Johnson), offers instead to help trigger her memories.  A growing affection develops between the two until deadly forces come after Alita and threaten her newfound relationships. It is then that Alita discovers she has extraordinary fighting abilities that could be used to save the friends and family she’s grown to love. Determined to uncover the truth behind her origin, Alita sets out on a journey that will lead her to take on the injustices of this dark, corrupt world, and discover that one young woman can change the world in which she lives.

One thought on “FINALLY, Alita Battle Angel has a teaser trailer”