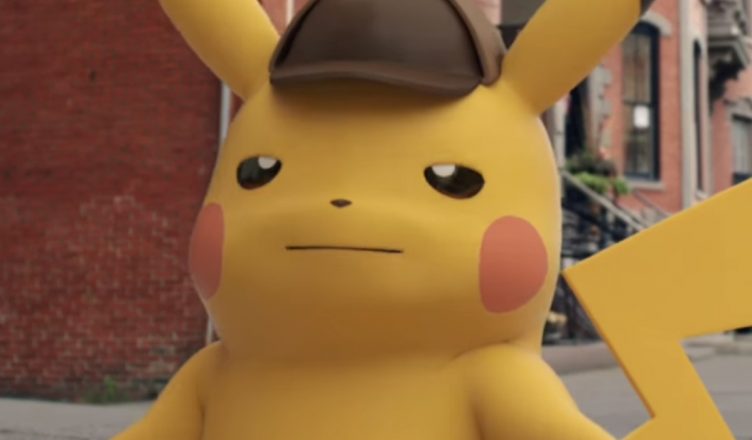 Ryan Reynolds is pikachu. Seriously. A lot of people are familiar with the adorable critter who only ever utters his name over and over again similar to Groot in Guardians of the Galaxy. News came on high today that Ryan Reynolds secured the role and will join Justice Smith and Kathryn Newton in the film:

The Deadpool star has signed on to star in Legendary’s live-action Pokemon movie, The Hollywood Reporter has learned.

Reynolds joins Justice Smith, who will be seen in the upcoming Jurassic World: Fallen Kingdom, and Big Little Lies actress Kathryn Newton in the movie, titled Detective Pikachu, based on the gaming franchise.

Rob Letterman (Goosebumps) is directing the project, which is due to start shooting mid-January in London…

…The story is kicked into gear when Smith’s character’s father is kidnapped, forcing the teen to team up with Pikachu in order to find him. Newton will play a sassy journalist who helps them on their quest.

The role is said to be motion-capture in nature, sources say.

Many details of the project are being kept off the grid, including the casting, which has been conducted under the radar by the usually secretive Legendary.

I swear I just had a conversation on Facebook with folks and we feared this exact thing. The potential for Pikachu to speak human words. I’ve only ever seen this in the one-off animated movie and man alive audiences were not pleased by the development:

I don’t know what to think or say. The news is shocking and has torpedoed most interest I had for this film to be fun. Now I’m watching the announcements to see how much of a train wreck this can truly be.

What do you think about Reynolds taking on the role. If he doesn’t speak then I may be okay but why are they even motion capturing this? I just don’t get it.