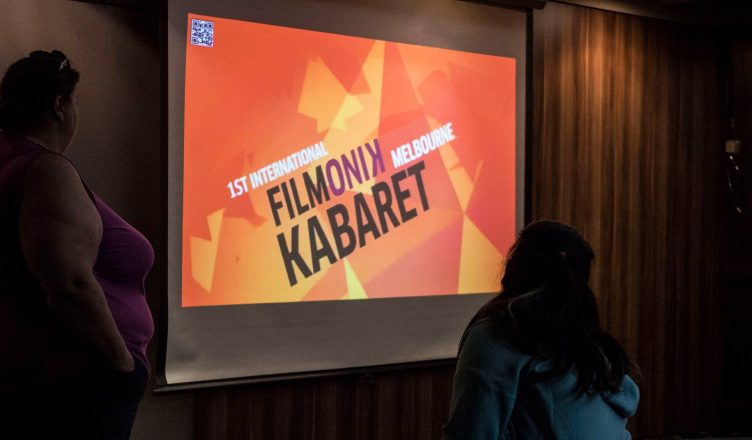 While the big, classy movie mags tend to concentrate on all the glitz and glamour of prestigious film festivals like Cannes, Raindance and MIFF, the true heart of the industry lies with the myriad of much smaller short movie nights that are regularly held across the world.  From Wigan in England to Williamstown in Melbourne, enthusiastic directors, actors and extras flock to a plethora of interesting and occasionally strange venues to share and watch amateur pictures on the small screen. 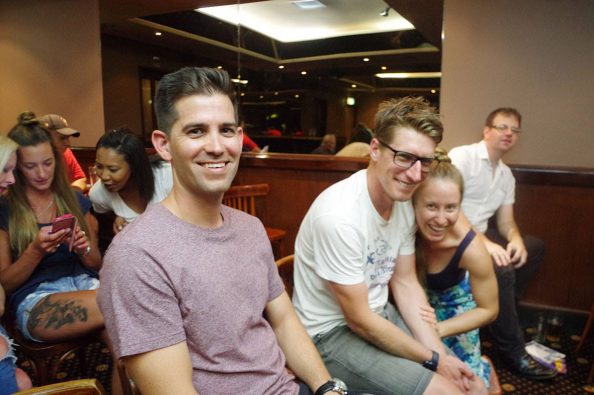 These indispensable events are an incubator for new and sometimes bizarre ideas. Here, cinematographers have the freedom to experiment, go wild and test things out in front of a live audience.  They also get valuable feedback from their peers on the night, so it’s also a bit of a collaborative effort in learning.

The big name directors and actors of tomorrow can be found at these very occasions. In fact, two of the films shown in the past, at the regular event that I’m about to cover, were nominated for Oscars.  One was “Deeper than Yesterday” by Ariel Kleiman. 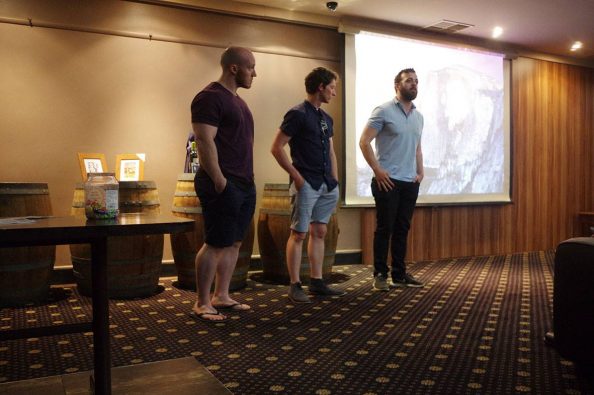 I was recently invited by Tom Vogel to be the MC at his night, West Side Shorts.  This is Melbourne’s longest running regular short film night, having started around 9 years ago.  It’s held on the second Tuesday each month at Customs House hotel in the beautiful beach side suburb of Williamstown.  It’s a lovely venue that uses large wooden wine barrels for decoration and has no shortage of claw machine games, filled with little plastic footballs to win.

This isn’t the only short film night in Melbourne though.  My introduction to these events was at “Boogie Nights,” which was on the opposite side of town at a small quirky pub in Abbotsford called the Boogie Man Bar.  Their main room was decorated with guitars and rock posters, as well as a display of dusty souvenir teaspoons from around Australia which sat near the cash register.  The beer garden at the back had outdoor toilets with a wash basin between them made of stones and sea shells. 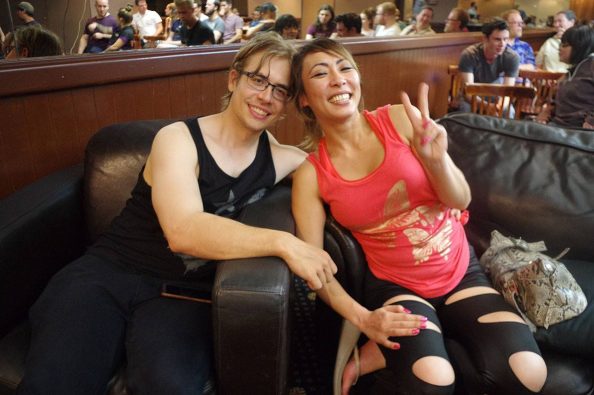 I still remember the excitement that I felt when I attended my first ever indie short film night there.  It was like a mini academy awards with some of the actors and extras dressed to the nines.  West Side Shorts differed in that attire was very casual.  So much so, that I hosted the night with my shirt half untucked and no one noticed.  That wasn’t intentional, by the way. 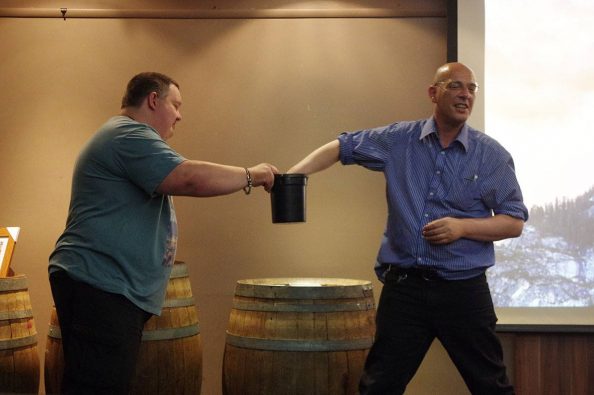 Indie movie nights differ from the film festivals that I’ve attended as they are relaxed, friendly and far less pretentious.  You go along to make friends with fellow creatives rather than to be seen and photographed on the red carpet.

One of the big highlights is the Q&A session at the end of each screening.  This is when avid film makers nervously stand before the crowd and try to give a bit of background on their creation and field questions from the audience.  It’s good practice too for that day when some of them will be standing on a big stage, with the bright lights glaring into their eyes as they eagerly accept their awards. 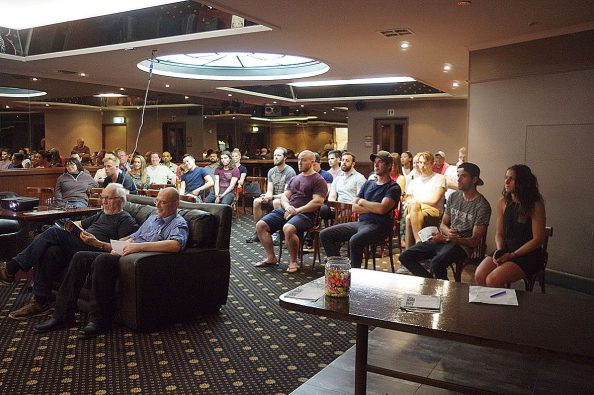 Our night featured 8 short movies for seven dollars, with a chook raffle at the end.  Quite often, local film distribution companies help the indie industry by donating dvd’s.  The film makers themselves sometimes throw in a few products as well.  There was no shortage of prizes on this night and although it was a full house, many of the patrons took away movies, original framed artworks, comic books and bottles of wine. 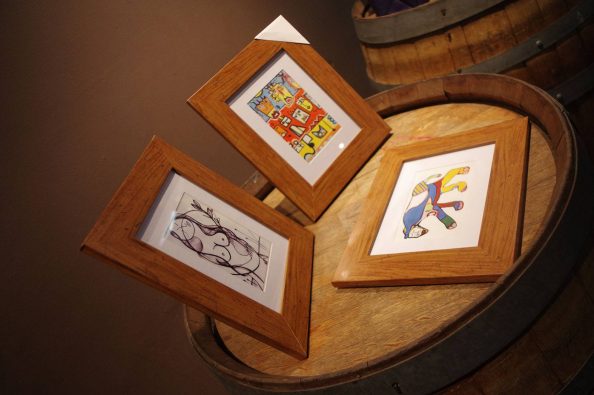 Of the 8 films shown, there were a few standouts.  Tom Vogel himself had a film screening.  A quite offbeat one called “8 Letter Word”.  This little off the wall gem was originally made for Tropfest but didn’t make the cut.  Tom felt that this could have been due to it being a bit risqué, however this was more of a comedy masterpiece and it had the audience rolling around the floor with laughter.

Then there was the sentimental “Walter” by Patrick Slee.  This was the third in a series that follows the life of a band throughout the decades.  Patrick is self taught with the camera, having learned from YouTube tutorials.  The high production quality, choice of shots and tight editing would have you thinking that this was from a major commercial TV network. 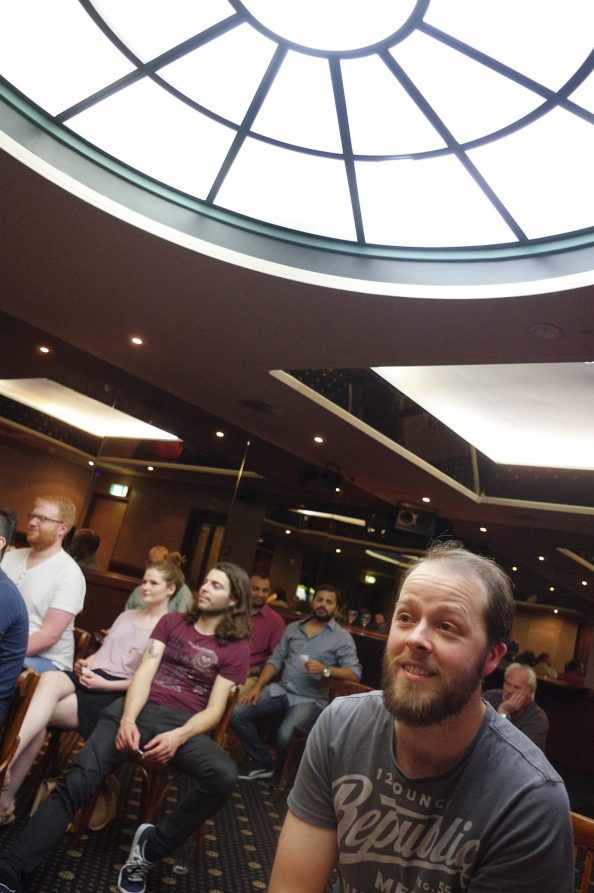 One last mention should go to Matt Reynold’s film, “A Girls Best Friend.”  The author, Bec Caldwell, said “This script completely came about by accident. I was writing a little two hander scene between a cop and a ‘rough’ chick, intending to use it as a showreel scene or audition piece. After I had written that, I researched my character so much that I accidentally wrote an entire plot around it.”

Matt added “I had been assisting with script notes but suddenly I found myself directing a film. This was the first film I directed without also being the writer, because of that it presented a set of new challenges for me, typically I make a great deal of my decisions as a director while writing the story where as now I was figuring out how to make the film while pushing through a fast moving pre production.” 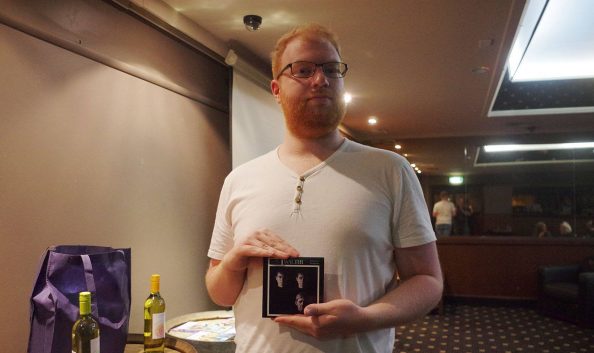 All up, I found the night to be absolutely amazing.  There was something about it all that had me floating home with a similar euphoria as the one many actors experience when they’ve finished a fantastic shoot.  I’m guessing that it’s the enthusiasm and camaraderie of all the creative people there that make such a event so magical.  Although I love a good film festival, it’s the short film nights that will always have my heart! 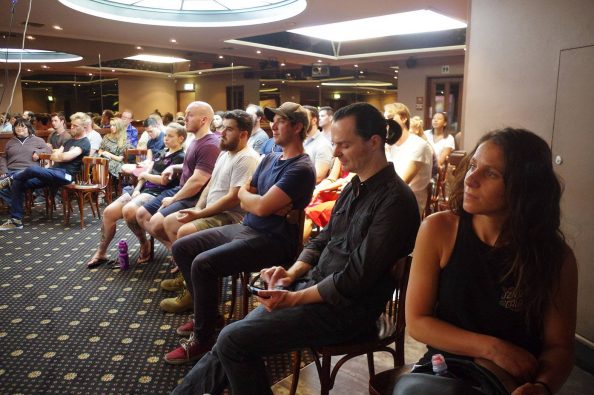 All pictures in this article were taken by Tom Vogel