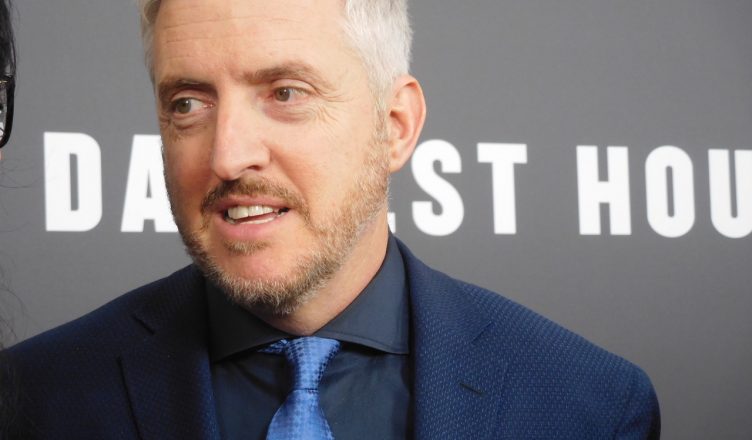 Gary Oldman is on track to win the best actor Oscar for his metamorphosis into Winston Churchill in Joe Wright’s World War II drama “Darkest Hour.” But part of the glory should go to New Zealand screenwriter Anthony McCarten (“The Theory of Everyting”), who has managed to weave  together seamlessly many of Churchill’s actual phrases and speeches with his original dialogue. Where the writing of Anthony McCarten really shines is in the private moments, especially in scenes of Churchill with his adoring wife Clemtine (Kristin Scott-Thomas) or the Brit leader’s encounters with the wary King (Ben Mendelsohn). The Churchill envisioned in the writing of Anthony McCarten is not the cliche tired Chaplin-like figure with a cigar and whiskey, but a real leader, a man who was vital and on a mission to energize the British people during terrible times.

“Darkest Hour” is set in the late spring of 1940 and German has just invaded Europe. The collapse of Belgium and France is imminent. Meanwhile most of English army is stranded in the tiny French coastal village of Dunkirk and talk of evacuation has not yet taken place. (Christopher Nolan’s “Dunkirk” is a great companion piece to this film.)

The situation is dire and Neville Chamberlain, the British prime minister, wants to negotiate peace talks with Hitler that would not only be humiliating to the nation but also result in the catastrophic loss of democracy and freedom. It’s an inconceivable situation, and Churchill, who was out of favor partly because of disastrous military decisions made during World War I, is asked to lead the country and become prime minister during this time of crisis.

Last week at the New York premiere of the film I chatted with Anthony McCarten for a few moments on the red carpet and following is our brief exchange:

How challenging was it to mix together actual speeches and phrases by Churchill with the dialogue you created and make it seem like it was voiced by the same man?

Anthony McCarten: I might even test you as to some phrases from the movie and you can tell me whether you think they’re Winston’s. Winston Churchill, he’s actually stolen a few of my lines for this movie… It’s almost like an act of ventriloquism. You had to get inside the skin, you had to sort of absorb the way that the guy spoke and expressed himself and the range of the vocabulary and then you worked from there. You try to channel the guy really. That’s what a writer does in the end.

What did you draw on for the private scenes between Churchill with his wife Clementine and then with King George? Were there documents or historical artifacts you referred to?

AM: You do all the research and then you let your imagination fill in the blanks. We have no record of what Clemmie said to Winston In private. We had no record of what the King said to Winston in private. But you can look and study what the King said to other people elsewhere around that time. You can look at the letters between Clemmie and Winston, where there was tremendous tenderness. It was a very passionate relationship and I wanted to get that. I wanted to get Winston’s humor, which I think has really not been explored, and I wanted to get this element that I found in the sense that he could be uncertain as well because he’s presented to us as a guy who never doubted himself and I always felt that can’t be true. Every human being doubts himself at different points. Uncertainty is not a bad thing.

There’s Lithgow’s Churchill in “The Crown” and Brian Cox recently just played Churchill. Why do you think there’s all these Winston Churchill movies and references now in this particular time?

AM: Well I can only speak for myself, I started this four years ago before I knew about any others but I think portraits of leadership are valuable at any time. I think we all want to be reminded form time to time what we’re going to ask for in our leaders and the best place to work out the answer to that is to look into the past, at the great ones and see what they delivered and what lessons we can learn from that.

The president doesn’t seem to have studied statecraft or learned lessons from history. What do you think he could learn from Churchill?

AM: I’m not going there.