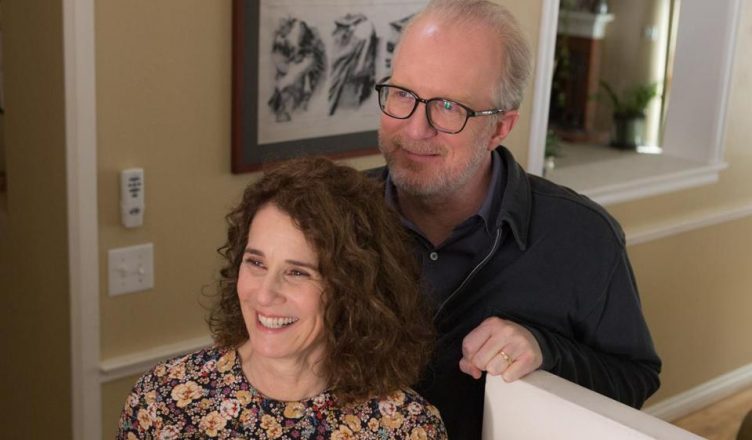 Movies about relationships, breakups, cheating are a dime a dozen. They are mostly about teens, young adults or middle aged people, but seldom you get movies like that about people and couples past their prime. In The Lovers you exactly get that perspective. The movie is about a lifeless married couple that are having their own individual affairs, but are having difficulty being honest and letting go of each other.

I really liked the refreshing take this movie had. You sort of never think about dating for older people past their 50’s. If it’s anything like this movie, then it sure is a lot more interesting than it appears. Tracy Letts plays Michael and Debra Winger plays Mary, they are the husband and wife that are on the inevitable brink of a divorce, but can’t find a way to tell each other that they are each having an affair. Their interaction is so honest that it almost feels theatrical. This is a dialogue and character driven film and Letts and Winger do a very nice job carrying the load. Aidan Gillen plays Mary’s adventurous artsy lover, while Melora Walters plays Michael’s dance and yoga aficionado lover. 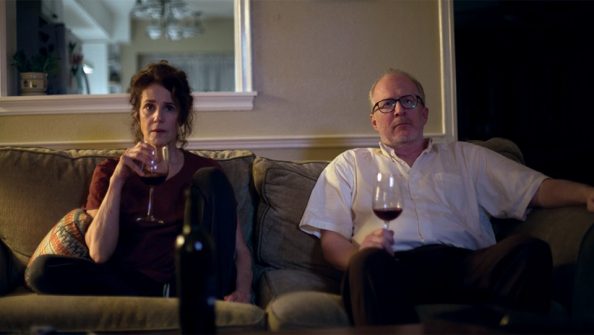 What I was a bit surprised about was how humorous this film was. I really didn’t expect it to be this funny and engaging. The humor comes from the awkwardness and quirkiness of the characters, just simple things like Mary running into a large plant in her work office is just enough to make you chuckle. The humor also derives from the dumbfounded attempts Michael and Mary have at cheating on one another. They are borderline juvenile, but that’s the charm of their characters and relates.

The story really moves around and comes back forward and kept me interested in what reveal and turn would happen next. The complexities of Michael and Mary’s marriage along with their affairs really adds to the human element of the movie. They are in love, confused, in lust, guilt and exhibiting all sorts of emotions that a person would going through uncertain times. You sort of wonder who is in the right or wrong and if they should really stay together. A major wrinkle is added when they start cheating on their affairs with each other. That’s quite the spin. 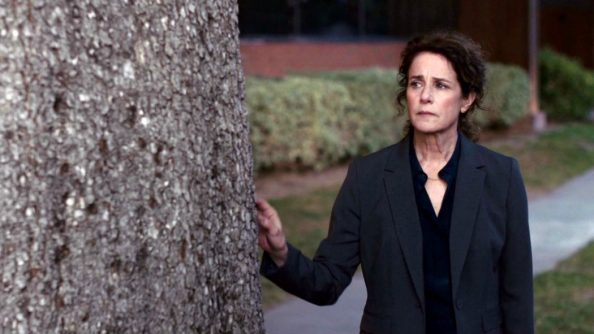 I’m sure that Tyler Ross who plays Michael and Mary’s son Joel is a decent guy, but I just couldn’t stand his character in this film. Joel is the most annoying, wimpy, angst ridden cry-baby I’ve seen in a movie character in a while. Thank goodness he doesn’t appear until later in the movie, because he’s hard to bear. The plot hinders on his arrival, which in turn speeds up the affairs and attempt at a resolution for Michael and Mary, but what a damn annoyance Joel is once he arrives and we see him on screen. Douches like him could lead someone to a divorce. Enough said.

As solid as the performances were, at times the lines feel to forced and “performed”. In the beginning of the movie I thought the characters were pulling a shtick or something, just lacked authenticity and felt like they were just spewing lines and doing a reading. That concern was eased later on as the movie progressed.

The Lovers is a fun and interesting. I felt the characters were relatable and real. Their lack of knowledge and experience in maintaining an affair was oddly endearing. In a way this can be a film that starts a trend of incorporating and telling stories of mature older people and their perspective and experience with dating and romance. The Lovers is sure to make you have a new perspective that dating doesn’t change much no matter what age or point of life you’re in, and that’s ultimately relatable to most people.