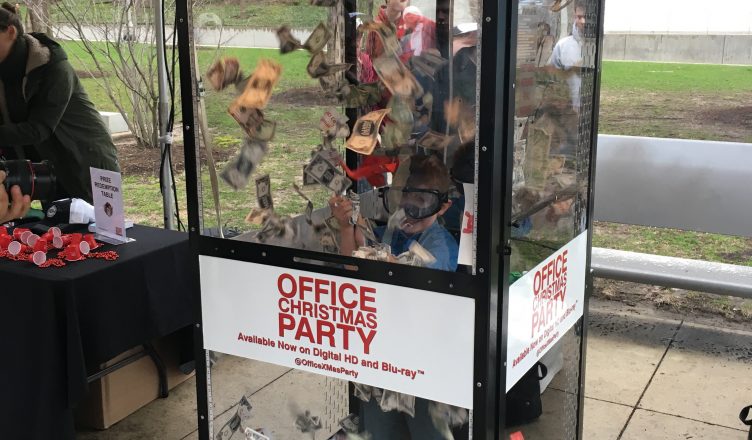 Office Christmas Party is out this week on Blu-ray and DVD and to help launch that, the great folks at Paramount decided to have a party to launch the home release of the film. The event took place on April 4 in Chicago (where the movie filmed and takes place) at the downtown Millennium Park. The star of the film Fortune Feimster was on hand as well as a money booth (like in the movie). Here is a video of me in the booth!

The event was free to the public. People lined up to win cash and prizes. I won $105 and an ugly Christmas sweater! Now that’s winning. The event was modest and a lot of fun. This is a really clever way to promote a film. I wish more movies were promoted this way. Much thanks to the awesome people at Paramount who came down from LA to run this, as well as Alan Meier. The people in line seemed to have had a really good time winning prizes that included hats, sweaters, free digital downloads of the movie and of course cash. 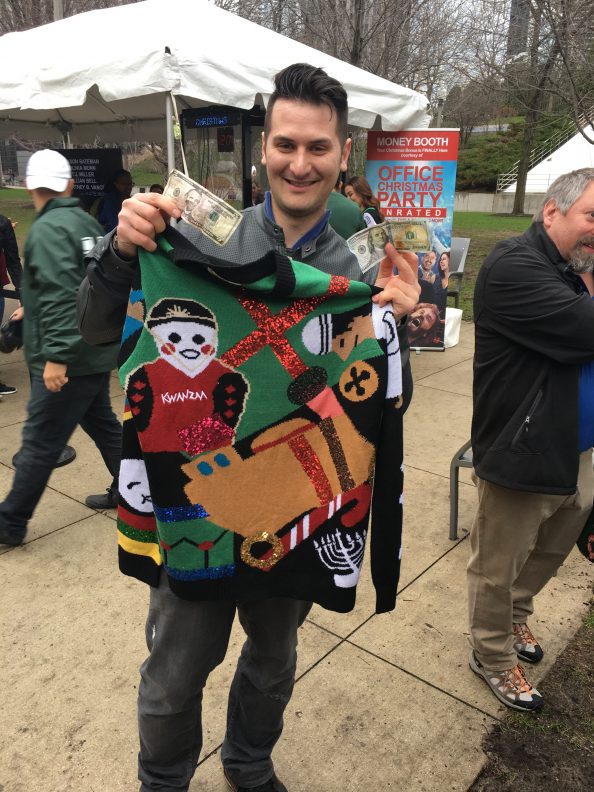 I’d also highly encourage you to see Office Christmas Party, it’s out now on Blu-ray Combo Pack, DVD and Digital HD. There are a lot of awesome hilarious features worth checking out.