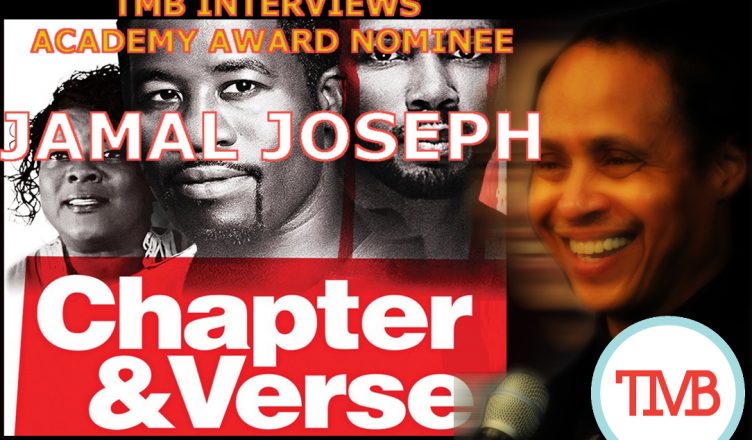 I got a chance to chat with Academy Award nominee Jamal Joseph and talk about his film, Chapter & Verse, it’s goals, my personal response to the film and how it resonates with me and more. We had a good long chat and I decided to upload You the conversation and share with you guys.

Jamal was named one of the top twelve African American New York educators in the DAILY News Black History Month issue. He has been featured in the New York Times, ABC’s Nightline, ESPN’s “One Night in Vegas” BET’s “American Gangster”, VH1’s “Lords of the Revolution” and HBO’s Def Poetry Jam.
He has lectured and performed around the country in venues ranging from Fisk and Harvard Universities to the Apollo Theater and Lincoln Center.

Awards include a Cine Golden Eagle, a Black Filmmakers Hall of Fame Award, a Union Square Award, an N.A.A.C.P. leadership award and a best song Oscar nomination for his work with Impact in the film “August Rush.”

After serving eight years in prison, reformed gang leader S. Lance Ingram re-enters society and struggles to adapt to a changed Harlem. Living under the tough supervision of a parole officer in a halfway house, he is unable to find a job that will let him use the technological skills he gained in prison. Lance is forced to take a job delivering for a food pantry where he befriends Ms. Maddy (LORETTA DEVINE), a strong and spirited grandmother, and assumes responsibility for her 15-year-old grandson Ty, a promising student who is pulled into a dangerous street gang. When gang members decide to punish Ty for disobeying the “law of the streets,” Lance risks sacrificing his “second chance” at freedom so that Ty can have a “first chance” at a better life.

You can find more information on Jamal and his film Chapter & Verse in the links below.