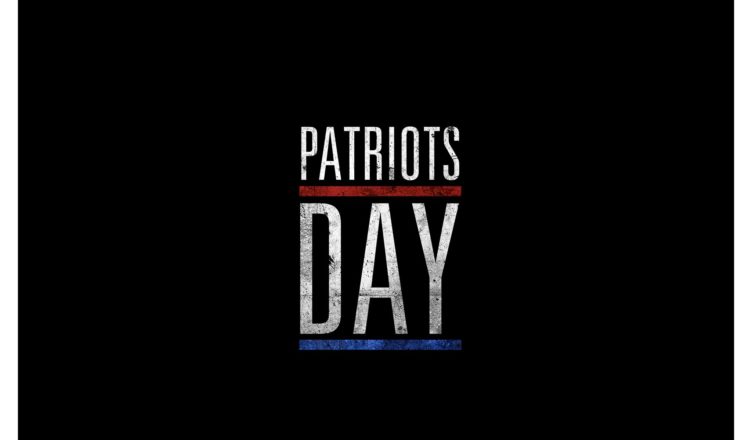 Mark Wahlberg and Peter Berg are definitely a movie item as of late. Just as their previous project Deepwater Horizon hits Blu-ray & DVD this week, their latest movie Patriots Day hits movie theaters nationwide. Just like in Deepwater Horizon, Berg and Wahlberg team together to bring a real life story to life. Patriots Day focuses on the Boston Marathon bombing from 2013, the day itself, as well as the events leading up to it and the aftermath of it.

Wahlberg plays Boston cop Tommy Saunders (loved when it was pronounced with a Bostonian accent) that worked the finish line of the Boston Marathon on the day of the bombing. Joining Saunders on the first line of responders is police Commissioner Ed Davis (John Goodman) who takes charge of the situation. The film depicts multiple perspectives ranging from cops to an MIT security officer to personal stories of people affected by the incident.

The storytelling of Patriots Day is reminiscent of the way Sully was, in the sense that you do get multiple viewpoints and side stories aside from the main one that many of us are familiar with due to the recent occurrence of it and the coverage it received. There is something about a movie that just doesn’t give you one side of the story and shows you how multiple people from different sides of it were uniquely affected. Berg does a nice job of giving the other characters enough time to tell their side of it and how the events were personally affecting them while also giving you a view of their everyday lives. Case in point with the story of Dun Meng, who was the MIT student who was kidnapped by the terrorists.

So this isn’t solely a drama. The movie has a lot of action and a crime thriller tone to it and it’s a good thing. The cat-and-mouse game between the police and terrorist is fascinating to watch. It really delves into the sleepless nights and days of hard work it took for all the police and investigators to catch the bad guys. It can’t be easy to do a movie that has a story so widely covered in the media, yet make it compelling and dramatic enough to make a movie out of it, so the action tone to the scenes of the terrorist pursuit made sense.

The cast is strong with Wahlberg at the top, surrounded by great supporting actors such as John Goodman, J.K. Simmons, Kevin Bacon and Michelle Monaghan. Wahlberg is very believable as a Boston cop, after all he’s a Boston guy. His character has a lot of compassion for people and is a man of action. Sure, when the shootout scenes are taking place there is that action version of Wahlberg, but for the more dramatic scenes are he tones it down. Simmons and Goodman do their usual good work and blend in nicely with the story and other characters.

I was just so curious how Wahlberg’s character is always at the right place at the right time. Always cruising the streets nearby where all the action is about to happen. Granted, they do make a point that Saunders knows Boston like no other cop, but just seems awfully convenient that Saunders would be the main one to always be in the thick of it all and have so much of the investigation in his hands.

The complaints are already out there that this movie is insensitive to the victims with the action scenes and focusing on the terrorist aspect more than the victims, but I disagree. The filmmakers were diligent in incorporating the real life stories of the victims, even paying tribute to them right before the end credits. The side stories of some of the affected individuals are planted throughout the movie. One of the heartbreaking and courageous stories is that of Patrick Downes and Jessica Kensky, a young married couple who lost their legs in the bombing (there is an in-movie story and a real life one of them). The stories are told with compassion and honesty.

The film deals with not only the details of this horrific act, but also puts focus on the the countless amount of people involved and that were crucial to the the city overcoming this tragedy. Berg and Wahlberg shouldn’t be blamed for making light of this story and turning it into an action flick, they should be praised for bringing it to the screen to show the world the spirit of Boston and pays respect to many people that were crucial in attaining justice and helping unify Boston. The Patriots Day Boston Marathon tragedy should be a day that’s not forgotten, even non Bostonians, and this film made me a lot more informed about that day and the events that transpired that I wasn’t as informed on prior.

One thought on “Review: ‘Patriots Day’ Insightful and Action Packed”