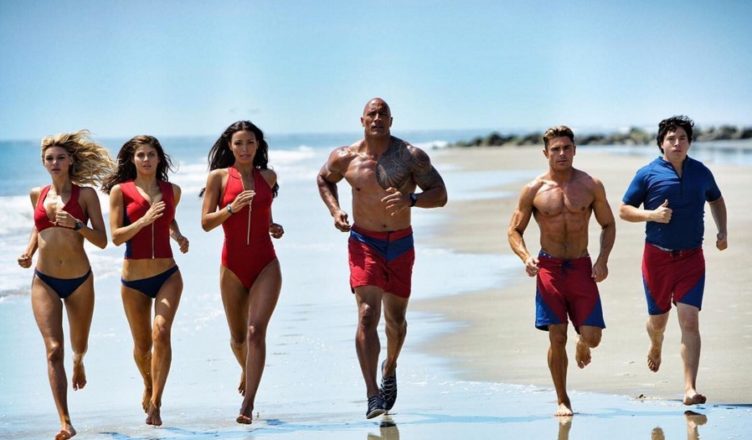 So I am a bit too much of a millennial to have known what the original Baywatch series was like, but I do know that this first glimpse of the Dwayne Johnson led movie looks amazing.

From the comedy (which should carry this movie), to the babes and action, Baywatch is going to bring the the original “life guard” series back to life.

Not only does the movie look hilarious and action packed, but the trailer seems to show what looks like some excellent comedic acting that is steadily improving from The Rock, Dwayne Johnson.

Zack Efron is always excelling in his comedic college frat boy roles, so it is no surprise that he is bringing yet another one of those douchey hilarious characters back to life.

Watch The First Trailer For Baywatch, starring Dwayne Johnson, Zac Efron and others:

Who said that Dwayne ” The Rock” Johnson couldn’t get any funnier? This seems like the perfect summer time movie to watch with your friends and a couple of drinks after being at the beach all day.

Alexandra Daddario and Priyanka Chopra (even though we only got brief glimpses) are also looking to be great in this movie, as Priyanka plays what it supposed to be the crews main adversary.

Also, whose ready for summer after watching this amazing trailer!?

One thought on “Baywatch Looks Fucking Awesome – Here’s The Trailer”