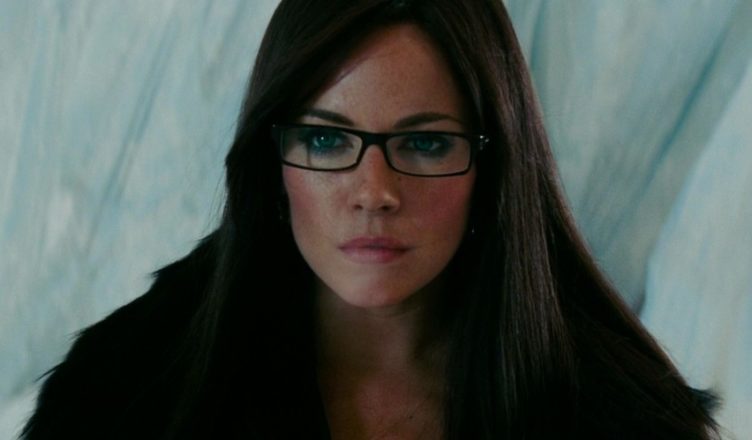 Selina Kyle has yet to be introduced in the DCEU (DC Extended Universe) but we know she exists.

While we are currently waiting for many other DC comic characters to be revealed, Catwoman is a fan favorite that many are waiting to see portrayed correctly.

Surprisingly enough, Sienna Miller is also being eyed for a role as Domino in Deadpool 2, so it is not at all surprising the actress is ready to take on a superhero role.

While Catwoman isn’t exactly a superhero, she does fit in quite nicely to roles Sienna Miller has played in the past, such as her villainous role as The Baroness in G.I. Joe: Rise Of Cobra.

Sienna Miller told movie insider Erik Davis she wanted to be Catwoman so badly, that she would consider writing her own role, into Ben Affleck’s next Batman movie. 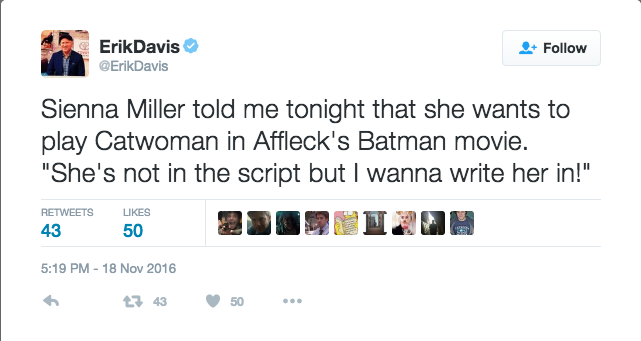 If Sienna Miller is not cast as Domino in the next Deadpool movie, I would totally be down to see her at least tested for the role of Catwoman, as I believe her acting abilities are more than qualified.

That being said, who would you like to see play Catwoman in the DCEU?

Speaking of that Domino shortlist,

on that Deadpool 2 domino shortlist.