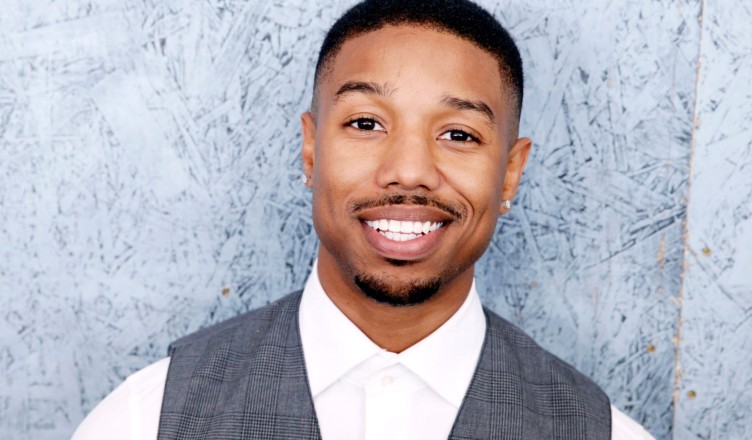 It seems like every year we discuss who will and who was the breakout actor that year. Hollywood has always been fluid with replacing stars of the past with hot up-and-coming actors. Over the recent years there has been a shift taking place. A-lister’s of the past such as John Travolta, Bruce Willis, Michael Douglas, Gwyneth Paltrow, and Julia Roberts have faded from the mainstream, while the likes of Hugh Jackman, Christian Bale, Cate Blanchett have taken over as the go-to actors. What about the younger generation? For every Joseph Gordon-Levitt and Shailene Woodley, there are the Lindsey Lohan’s and Amanda Bynes. Then there are the actors that everyone expects to breakout and are forced upon us, only they fail to catch on with the audiences. Looking at you Miles Teller. Then there is the case of Michael B. Jordan.

Jordan is a terrific young actor. Everyone took notice with his phenomenal performance as Oscar Grant in the acclaimed Fruitvale Station. Jordan isn’t some overnight sensation that came out of nowhere. He starred in the Red Tails and Chronicle before Fruitvale. Jordan’s career dates back all the way to 1999, where he had a small role on the Sopranos. He’s had a long and fairly successful run on television in shows like The Wire, All My Children, and Friday Night Lights. There is no question that he’s paid his dues to rise to fame.

It hasn’t been entirely smooth sailing for Jordan, his first big box office hit Fantastic Four turned into a complete flop. He was scrutinized for playing Johnny Storm, a caucasian character in comics, cartoons, and on-screen in the previous Fantastic Four incarnations. He rose past the criticism and didn’t let it affect his career, and followed that movie up in a big way with Creed. There might not have been a more pleasantly surprising film of 2015 than Creed. A franchise that seemed watered down in the last few incarnations of the Rocky character, was reborn.

In Creed, Jordan transformed himself physically for the role. Not only did he look to be in incredible shape, but he had the boxing moves resembling that of a pro. He delivers a great performance with a lot of emotional range. There is an angry side of his character, a sensitive side, and he’s even romantic. Most importantly people took notice, but this time it was on a large mainstream demographic.

Personality wise, Jordan appears to be a smart, charming, and good citizen. You don’t see him involved in any scandals. There is no bad publicity coming from him. He’s the kinda young guy that’s worked on the craft and stardom naturally followed. Based on his work to date, the sky is the limit for him. He’s appealing and interesting to watch, and there doesn’t seem to be a forced media campaign to push him on everyone as the next big thing. In an industry that recycles talent on a yearly basis, Michael B. Jordan is here to stay. I expect him joining the ranks of the top level established stars and flourish. He’s finally earned the right to stand on his own, and not be thought of and confused with that other Jordan guy.