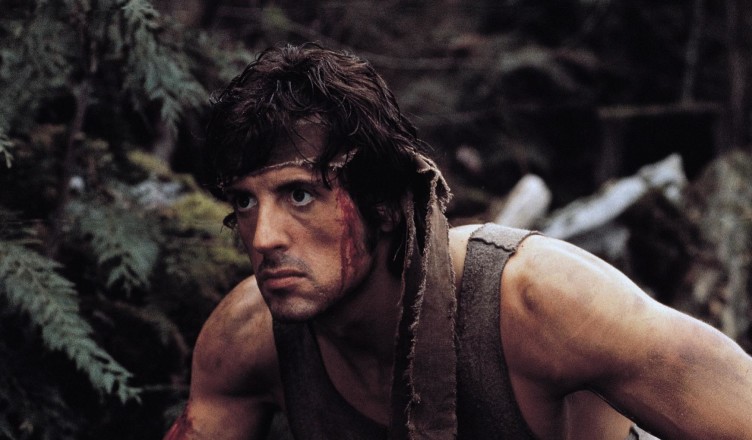 First Blood also known as Rambo or Rambo: First Blood Part 1 has an image of being one of the stereotypical ‘80s action movies clumped together with movies like Commando and Die Hard. You know the ones, where we watch one bad-ass dude mow down hordes of soldiers to rescue his wife or daughter and comes out the other side with nothing but a few scrapes and bruises, maybe a bullet wound or two and a snappy one-liner. First Blood however does not fit that mold. There is a deep underlying message about post-traumatic stress disorder and the dangers of the mental impact that warfare can have on the soldiers forced to commit terrible atrocities.

Growing up, my household was mostly a Schwarzenegger home; I was raised on “I’ll be back” and “Come with me if you want to live”. But other than the first Rocky and maybe parts of Cliffhanger as a child, I never saw too many of Stallone’s films. It hasn’t been until recently that I even saw Rocky Balboa trade blows with Mr. T and then Ivan Drago. So watching First Blood for the first time was a pleasant surprise and even a delight for me.

I sat down and queued up First Blood on Netflix expecting to watch an ‘80s blood-bath as John Rambo fired round after round into Charlie, but what I got was far from that.  Rambo is an ex-soldier and a drifter who, after a journey to visit one his war-buddies, becomes aimless when he learns his friend died of cancer. He’s in shock and disbelief over his loss and is not sure where to go or what to do. As he’s walking down the road in a Washington state mountain town, the local authorities profile him as a vagrant and attempt to run him out of their quaint and quiet home. Rambo is pursued into the nearby mountains and mentally relapses to his days as a POW in the Vietnam War.

It is true that First Blood has a lot of the same elements the other ‘80s action movies had at that time. There are plenty of bullets rained down upon Rambo’s enemies, helicopter explosions, and a few pretty impressive stunts executed in multi-angled slow-motion camera shots. But the tone and character of First Blood are what set it apart. The movie has a depth that shows just how traumatized the soldiers from the Vietnam War really were when they came home. How can these men go back to a normal life after all the terrible things they had experienced? John Rambo is mistreated by the Washington Police (a theme that echoes into todays’ world) and has a glazed look in his eye that makes it seem as if he’s not really there in the moment. When he escapes from the Police Station, to him it’s as if he’s escaping the Vietnam POW camp in his mind.

In this regard, Sylvester Stallone does a pretty remarkable acting performance. Having seen bits and pieces of the most recent Rambo movie and his horrible execution in The Expendables trilogy, it was surprising to see that Stallone used to at least try to act. To my surprise instead of an over-the-top body count, the climax of the movie has Rambo basically breaking down into tears and in an emotional monologue and desperately tries to explain just how painful the memories of Vietnam were for him.

“We were in this bar in Saigon and this kid comes up, this kid carrying a shoe-shine box. And he says, “Shine, please, shine!” I said no. He kept askin’, yeah, and Joey said “Yeah.” And I went to get a couple of beers, and the box was wired, and he opened the box, fucking blew his body all over the place. And he’s laying there, he’s fucking screaming. There’s pieces of him all over me, just like this, and I’m trying to pull him off, you know, my friend that’s all over me! I’ve got blood and everything and I’m tryin’ to hold him together!”

I always knew there was a reason First Blood started what would become the Rambo anthology, but I never suspected it had a commentary on what was a pressing issue at the time. And as for the movie itself, it still holds up today. It was refreshing to see an action movie that was not plagued with CGI in every shot or had the sin of shaky cam. John Rambo may have fallen off the wagon with his last two or even three movies, but First Blood was a great start to Stallone’s career and has a spot in film history.

Mike Karns began writing about his thoughts on movies in 2008 during the glorious and yet short-lived days of MySpace. In 2011, Mike decided it was time to create his own review site, 50 Foot Guerrilla Reviews.com. You can follow Mike on Twitter @50ftGuerrila and on Facebook. Let him know what you think on these social media sites, he will be happy to respond.

View all posts by Michael Karns →