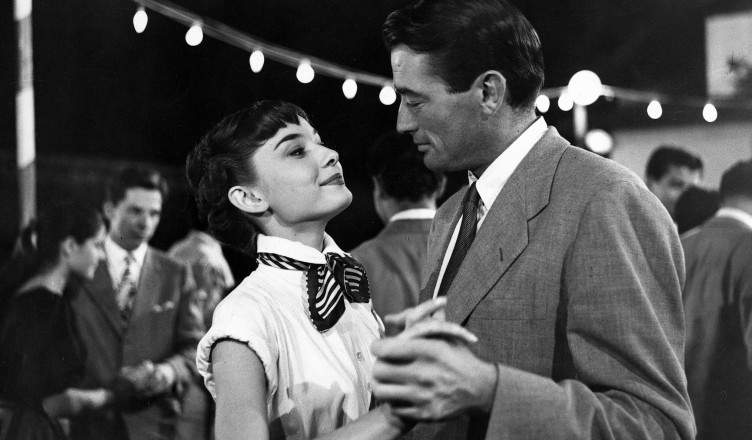 If you saw the recent biopic Trumbo this year then you’re already aware of Roman Holiday. In 1953 audiences saw Audrey Hepburn (Breakfast at Tiffany’s, My Fair Lady) take her first major starring role, which also locked down the Academy Award for Best Actress in a Leading Role. Not too shabby for a first timer. For those of you who did NOT see Trumbo, I’ll tell you (without spoiling anything) that screenwriter Dalton Trumbo (Spartacus, Papillon) was blacklisted from working at the major Hollywood studios during that time due to his communist beliefs and as a result, when Roman Holiday won the Oscar for Best Writing, the Award was given to his friend Ian McLellan Hunter. Trumbo was never given his deserved Oscar, but it was eventually awarded to his family, posthumously.

Roman Holiday is a nice little film. Having only just now seen it 62 years after its release, there were several things about it that felt all too familiar to me, so it was challenging to try and think about it as its own artistic endeavor. The story is reminiscent of several movies you’ve probably seen; a beautiful princess is fed up with her royal lifestyle and decides to break out of her own home to see what the real world has to offer only to discover the feelings she has for a commoner. If that sounds familiar it’s probably because you’ve seen Aladdin, though the ending does take an unconventional yet realistic turn.

Hepburn co-starred alongside one of Hollywood’s biggest leading males at the time, Gregory Peck (To Kill A Mockingbird, Moby Dick). The two genuinely seemed to enjoy being in this movie, and I imagine that would be the case seeing as Roman Holiday was filmed entirely on-location in Italy. In fact, this was the first American film to be shot in Italy. This gave the movie a nice sense of authenticity and I’m sure was a big deal back in 1953 when movies were filmed mostly on sets, as opposed to today where even television series such as Game of Thrones are shot on location overseas. It was nice to sit down and watch a movie that was completely devoted to character development, storytelling, and writing. Movies today are so focused on how much money it will earn or how much time went into rendering a CGI shot of Iron Man fighting the Hulk that they forget about the humanity that movies can show. Roman Holiday shows us the life that an everyday person takes for granite with two of the biggest actors to go down in movie history. Trumbo’s script was fun and light-hearted while Director William Wyler (Ben-Hur, Funny Girl) added his own style to showing off the ancient Roman architecture and the people of Rome during the time. Roman Holiday is currently streaming on Netflix.

Mike Karns began writing about his thoughts on movies in 2008 during the glorious and yet short-lived days of MySpace. In 2011, Mike decided it was time to create his own review site, 50 Foot Guerrilla Reviews.com. You can follow Mike on Twitter @50ftGuerrila and on Facebook. Let him know what you think on these social media sites, he will be happy to respond.

View all posts by Michael Karns →