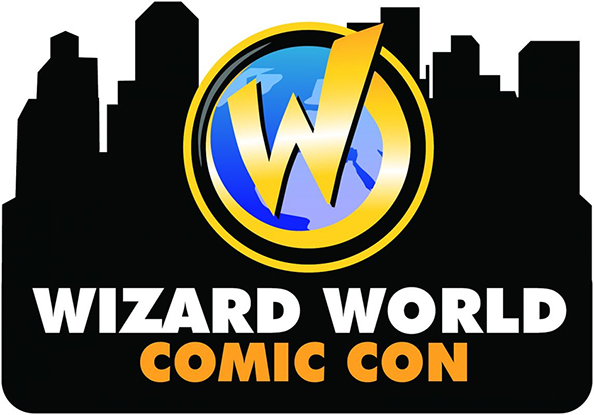 I had the chance to attend the Wizard World convention this past weekend. At the convention there were a number of guests from comic book and television personalities to recent feature film personalities. I would say that overall it was an enjoyable convention packed with interesting panels, guests, and a TON of fans!

These were the more of the slower days where I got to engage in more conversations with the fans and attend some of the smaller panels. When talking to some Richmond residents, I found out that the overall Richmond, VA crowd is known for moving at a slower pace so I could expect Friday and Saturday to be a smaller turnout. With that said, my advice to the fans of the Richmond convention later this year would be to line up for your meet & greets on Friday and Sunday rather than Saturday. Focus on the panels and other key events on Saturday.

This was by far the busiest day of the convention and I think the Wizard World staff had expected so with the bigger lineup of guests appearing. Cosplayers were everywhere you looked and lines for meet and greets were consistently filled. I now see why the Wizard World press coordinator worked on getting interviews arranged on Thursday (which I could unfortunately not attend) because first and foremost these guests are here for the fans and they all proved it as they kept smiling taking an ample amount of time with each and every one.

The main panel that I was most interested in was the screening of “Gotham” but that was unfortunately pulled by Fox about 5 minutes before it started. My guess is they pulled it because of the amount of bad reviews that have been coming through and they didn’t want anymore so close to its premiere. So we appreciate that Fox :)

The other panels that I attended were a blast for both reminiscent reasons and current events. The panels included a 30 minute discussion with Guardians of the Galaxy stars Dave Bautista and Michael Rooker, a featured Q&A with Buffy the Vampire Slayer’s James Marsters, and a classic TV recap with Batman’s Adam West and Burt Ward. There were a number of panels for most any fan out there but it all depends on your own preference as to which ones get precedence.

There were also a number of other events that catered to most any fan you could think of whether it be a group discussion, a Zombie shoot-out, or even something more interactive like “Sci-Fi Speed Dating.”

In the midst of all of the mayhem and indecisiveness of what to do, there is always joy in watching the elaborate cosplayers enter in their amazing costumes. I believe they are what drive the fans to attend these events because for a short time, they get to live as their favorite characters.

I would say that the Wizard World conventions are a must-attend for any regular convention goer or even newcomer. The Baltimore Comic-Con that I attended the week before was a lot of fun but they tend to be more comic book centric and Wizard World tends to cater to a much broader crowd. I also found that Wizard World was a lot more organized and that probably has to deal with the hard working and incredibly structured Press guru Jerry Milani. I would say that Wizard World is almost like a scaled down version of the New York Comic-Con which is great for those who enjoy a more stress free environment.

I think I can say for certain that I will be attending again!