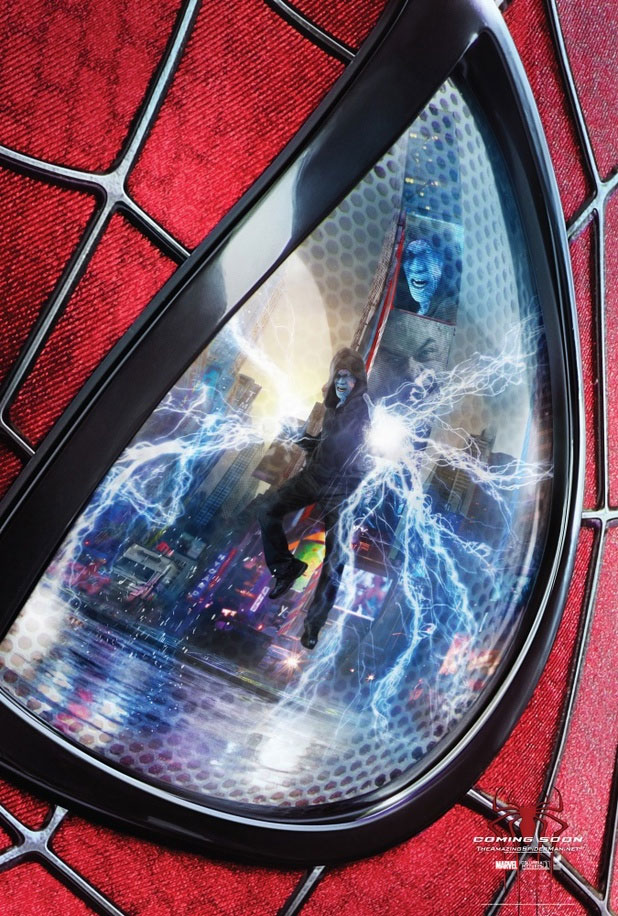 Tha Amazing Spider-Man 2 is one of those comic book films I can’t help but look forward to seeing.  Despite my disappointments with the first film, I think that this series can really hit it’s stride now that retreading the origin is out of the way, With Uncle Peter’s bit and conformation to spider powers completed and Uncle Ben’s death is done the pique of potential has arrived. That said,these posters offer some contrasting visuals to any Spider-Man film seen before.

It’s great to be Spider-Man (Andrew Garfield). For Peter Parker, there’s no feeling quite like swinging between skyscrapers, embracing being the hero, and spending time with Gwen (Emma Stone). But being Spider-Man comes at a price: only Spider-Man can protect his fellow New Yorkers from the formidable villains that threaten the city. With the emergence of Electro (Jamie Foxx), Peter must confront a foe far more powerful than he. And as his old friend, Harry Osborn (Dane DeHaan), returns, Peter comes to realize that all of his enemies have one thing in common: OsCorp.