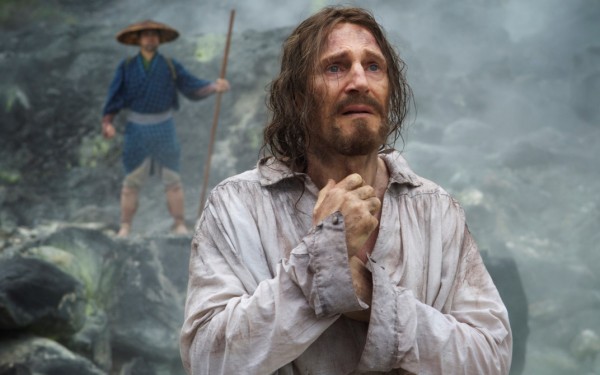 Martin Scorsese is back and the award winning director is looking for another Oscar with his religious drama Silence.

Whether you are religious or not, Silence looks intriguingly beautiful as Martin Scorsese seems to capture Christian martyrdom to an entirely new level beyond the typical Jesus films that been made over and over again.

Andrew Garfield and Adam Driver look like they really show their acting craft as this is unlike any other role they have played before.

Before watching the first trailer, check out the official Silence synopsis below:

Martin Scorsese’s SILENCE tells the story of two Christian missionaries (Andrew Garfield and Adam Driver) who face the ultimate test of faith when they travel to Japan in search of their missing mentor (Liam Neeson) – at a time when Christianity was outlawed and their presence forbidden. The celebrated director’s 28-year journey to bring Shusaku Endo’s 1966 acclaimed novel to life will be in theaters this Christmas.

I pray but I am lost. Am I just praying to silence? From #MartinScorsese comes #SilenceMovie, watch the official trailer now. pic.twitter.com/3y4DvzeCs1

Since Silence comes out in theaters this Christmas, get your ticket early because it will certainly sell out!

Matt resides in Atlanta, and does everything through freelance writing and acting. Visit his movie site at CrazyForFilm.com for even more in depth movie fun ! Please contact: [email protected]Blog for any inquiries.