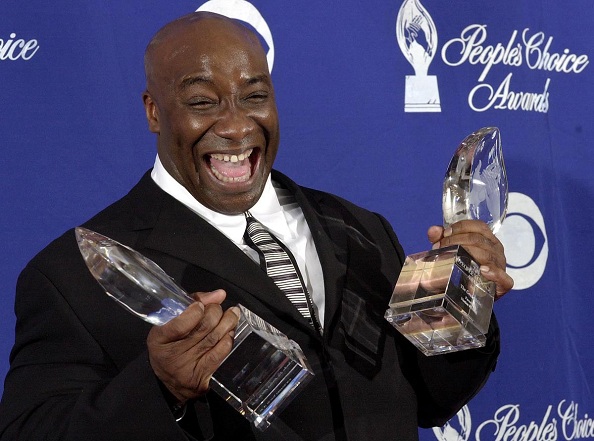 With the death of Tony Scott not far behind us, another tragedy has hit Hollywood. After being hospitalized since July after suffering a heart attack, Michael Clarke Duncan was pronounced dead on Monday September 3 at the age of 54. He had never fully recovered from his heart attack in July and had been continually battling but eventually it just became too much for him to handle.

Duncan was a towering figure at 6-foot-4 with a well known, powerfully deep voice, but despite these attributes, he was not the person everyone would expect. Unlike many of us who play it safe and fall into a role that society says we fit into, Duncan chose the opposite. While unsurprisingly working as a bodyguard, Duncan saw himself as more than just muscle and in his 30s decided to start his acting career. After a variety of small typecast roles, he landed the role of John Coffey alongside Tom Hanks in “The Green Mile.” With a build fit for an action star, he did what most action stars could not when he was nominated for an Academy Award for his role in the film. Following this film he did not receive roles that gave him opportunities to pursue the award again but his presence in each film was difficult not to notice. I personally loved his comedic side in “The Whole Nine Yards” alongside Matthew Perry and Bruce Willis, followed by a role in “Sin City” and then lending his well known deep voice to a variety of roles to follow.

Besides his roles, Michael Clarke Duncan just seemed like a genuinely happy guy. While scouring the internet and reading the various reports on his death, the pictures of him without a smile on his face were scarce. In fact, in every picture I saw he had more than just a happy grin on his face, it was an excitingly joyful smile that seemed to be almost to the point of laughter. In addition, he was also a believer in animal rights and despite being such a muscle bound man, he threw out $5000 worth of meat in his home to become a vegetarian…and still managed to stay in that shape. Many spoke out about his passing with very kind words about who he was as a person, take a look below at what others had to say.

I am terribly saddened at the loss of Big Mike,” Hanks said. “He was the treasure we all discovered on the set of ‘The Green Mile.’ He was magic. He was a big love of man and his passing leaves us stunned.

I’m devastated at the loss of Michael Clarke Duncan, one of the finest people I’ve ever had the privilege to work with or know. Michael was the gentlest of souls—an exemplar of decency, integrity, and kindness,” said Darabont. “Our experience making ‘The Green Mile’ together was immersive and incredible, a once-in-a-lifetime journey. What sticks most in my mind was his devotion to his craft and the strides he made as an artist during that time, which was beyond inspiring to those of us who took the journey with him.

“Michael has left us far, far too soon. We lost a great man and a great spirit today. My thoughts and condolences go out to his fiancée Omarosa [Manigault-Stallworth] and to his family

Michael Clarke Duncan always had a smile on his face & a big bear hug ready for you. My thoughts & prayers are with his family&friends. RIP

So sad to hear about Michael Clarke Duncan. A great friend, and a GREAT guy! He always had the best stories… RIP

Was fortunate to work with Michael Clarke Duncan on Sin City. A very kind and generous actor. He’ll be greatly missed.

Michael Clarke Duncan you will be missed…