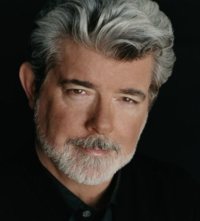 When something is much loved, mediocrity or any lack of excellence is not tolerated and can illicit much anger and hatred. The poster boy case study for this is George Lucas.

The reality is, when you poll most people who never saw the original Star Wars trilogy (believe it or not those poor souls are out there), many of them looked at the new prequels and generally thought they were not bad. “Ok” seems to be the main sentiment. However, ask those of us who hold Star Wars deep within our hearts what most of us thought of the prequels… and you’re more than likely to get assaulted with a profanity laced barrage of hatred and anger. “Worst movies ever” is a phrase you’ll hear quite often.

Now the anger is being passed on to Indiana Jones 4. The general movie going audience seem to like the film and critics seem to have enjoyed it as well (I was disappointed with it as an Indiana Jones film, but still thought it was fun over all). But a lot of folks online who hold Indiana Jones as almost a religious figure can’t tolerate Indy being any less that amazing (and who can blame them?)

But preconceptions and expectations aside, almost EVERYONE agrees that the latest Star Wars offerings pale in comparison to the originals and that Indiana Jones and the Kingdom of the Crystal Skull is the worst of the Indy films.

So what happened to George Lucas? Yes the man is still a pure genius… pushing the movie industry forward in technical arts for digital filmmaking, Visual effects, sound and almost every other area you can imagine. His various companies are responsible for the most important technological breakthroughs in film over the last 20 years… and no one… I mean no one knows how to promote, not just a film, but a brand like he does. He isn’t the world’s richest independent film maker for no reason. But when it comes to creative vision and skill in the craft of visual storytelling, it would be an understatement to say the man has lost a step or two over the years.

How did this happen? Almost 40 years ago he was considered to be THE up and coming director. Many forget (or never knew) that Lucas was getting critical praise long before the name “Luke Skywalker” was ever uttered. American Graffiti was not only nominated for Best Picture at the 1974 Oscars… but George Lucas himself was individually nominated for best screenplay as the writer and was also nominated for Best Director. His student film THX 1138 became a legend… and then came Star Wars (and we all know what happened after that).

But herein lies the problem. Yes, George Lucas has given us and is responsible for the 2 best franchises and 6 of the greatest movies of all time… but that success seems to have killed him as a creative force and artistic visionary. Creative forces like George Lucas NEED new challenges, new horizons and new countries to explore. When the explorer in the artist dies, the creativity seems to start a slow death march. And for almost the last 40 years, the explorer in George Lucas has lay dormant as he’s done almost nothing creatively other than various incarnations of Star Wars and Indiana Jones. The once great chef has become a fast food chain operator. How can talent stay alive and breathing in an environment like that?

Yes yes… George has “produced” a number of other projects… even wrote one of my favorite 80’s fantasy films “Willow”. But essentially the career of George Lucas has become nothing but Star Wars and Indiana Jones for decades. No new territory. No new challenges. No new discoveries. No more creative frontiers. And as his creative muscles atrophied, we’ve seen the vision, the genius and the quality of his films slide downhill to the point the he is now, creatively, just a shell of the titan he once was.

Rebecca Winters wrote a great article in Time Magazine about this topic in an open letter to George Lucas. In it, she raised a great point about what Lucas NEEDS to do next:

Audiences ignored and critics shrugged at Youth Without Youth, the experimental movie your buddy Francis Coppola made last year. So what? Youth got Francis out of a 10-year dry spell and excited about making movies again. Now he’s at work on another. Make your own weird little film with no expectations. When it hits theaters, take a vacation, ignore the weekend grosses and start brainstorming your next movie.

She’s 100% correct, and deep down George Lucas knows it. 10 years ago Lucas was saying that after the third Star Wars prequel was finished, he would walk away from the Star Wars universe and get involved in making a bunch of much smaller independent films. That’s EXACTLY what he needed to do. That’s EXACTLY what he should have done. But what happened? Instead of breaking away from his old creations that have been creatively killing him, George started with various Star Wars TV and cartoon projects (don’t forget Star Wars Clone Wars hits theaters this summer) and even got back on the Indiana Jones wagon again. He had a chance to rediscover himself. He hadn’t directed a movie that wasn’t called “Star Wars” since 1973 and now with Star Wars done and a LOAD of new money in his bank accounts, it was the perfect time for him to start exploring his creativity again. But instead, he let the atrophy continue.

Make no mistake about this one fact: George Lucas is a sleeping creative giant who has almost no equal. But the mighty warrior king has become like King Theoden in Lord of the Rings: The Two Towers. He sits old and decrepit on his same old thrown. Stiff and weak, distant and still and almost oblivious to everything going on around him. But in the same way that Gandalf cast out the White wizard and breathed life back into him and Theoden took up his sword again… so too I believe that breaking away from the old Star Wars and Indiana Jones worlds and embracing new ground… rediscovering the love he lost for fresh and undiscovered storytelling… then we’ll see Lucas rise again… the same Lucas who changed the whole movie industry… the same Lucas who broke new ground many thought could never be done… the same George Lucas who helped shape our childhood imaginations like no one before him or since him have ever come close to doing.

Make no mistake, he is the King, but one who has lost his throne and forgotten his true self. A creative force who exchanged his creativity for commercial success for far too long, turned in his explorer spirit for the familiar and discarded his courage in exchange for comfort. These things kill an artist and so they have slowly killed George Lucas. But he’s not dead yet, and I truly believe that if he uses his remaining working years rediscovering his passion, his creativity, his explorer’s spirit and his courage… breaking away from the familiar and heading into unknown storytelling territory again… we will see the return of the king. For George and for us all… I hope he does.