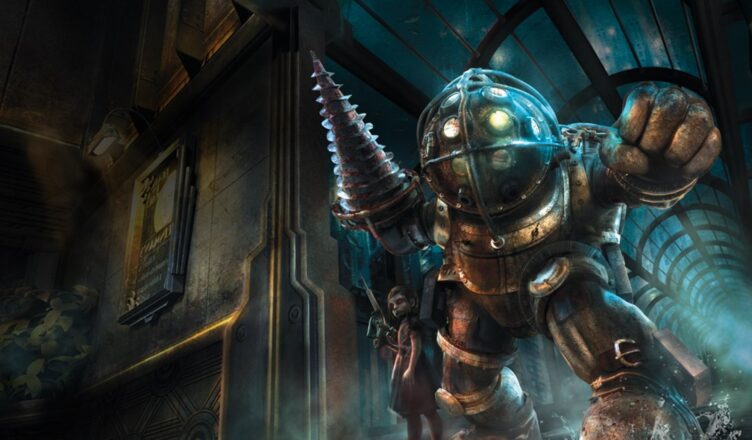 Netflix’s live-action film adaptation of the hit game series BioShock gets a director and a writer. In February of this year, Netflix announced they would be doing a live-action film adaptation of BioShock. The game series began in 2007 and has had 2 sequels since then. BioShock is an RPG based first-person shooter that tells an immersive story in a “steampunk” type underwater world. Though the original game takes place in the 1960s, they have semi-futuristic weapons and devices throughout the game.

The 2007 game BioShock centers around Jack who discovers the underwater city known as Rapture. The underwater city was built by business magnate Andrew Ryan, who created the city as his own personal utopia. Thanks to a biological material named ADAM that grants people superhuman powers, Rapture quickly falls into decline. Jack tries to escape the city but runs into ADAM infected people left and right. Jack is able to fend off his attackers using a myriad of weapons, special abilities and devices. The game was critically acclaimed and quickly became a fan favorite. Bioshock has released 3 titles, all of which expand the world and invent new twists to enthrall fans.

Thanks to a tweet from Netflix’s official account, we know that Bioshock has found its director in Francis Lawrence, who is the best know for his work on I Am Legend and Hunger Games: Catching Fire. Its script with be penned by Michael Green who wrote Logan and Blade Runner 2049. No other details have been released, but the project is currently being written and it’ll likely be a while before we see any real movement on the project. Fans should be happy with this announcement because Netflix seems to be taking the project seriously. Lawrence and Green are both aces and I’m sure the cast will be great as well. You can see the full tweet below:

BioShock — our live-action feature film adaptation of the renowned video game franchise — will be directed by Francis Lawrence (I Am Legend, The Hunger Games: Catching Fire, Slumberland) from a script written by Michael Green (Logan, Blade Runner 2049, American Gods). pic.twitter.com/mDh4ut6ayJ

To be honest, I’m not all that excited for a live-action film adaptation of BioShock. The games are complex and the story is somewhat convoluted. If it were a series I would totally be on board. But, a two hour movie isn’t going to achieve much in my opinion. If we get some awesome cast announcements I might change my tune, but for now, I’m underwhelmed. Sure, Lawrence and Green has some good films under their belts, but video game adaptations are very hard to do – I’m looking at you Tomb Raider. Paramount Plus’ Halo proved that you can make a great series out of a game though, and I wish they would have done the same for BioShock. Hopefully, the film turns out great, but for now, I remain skeptical.