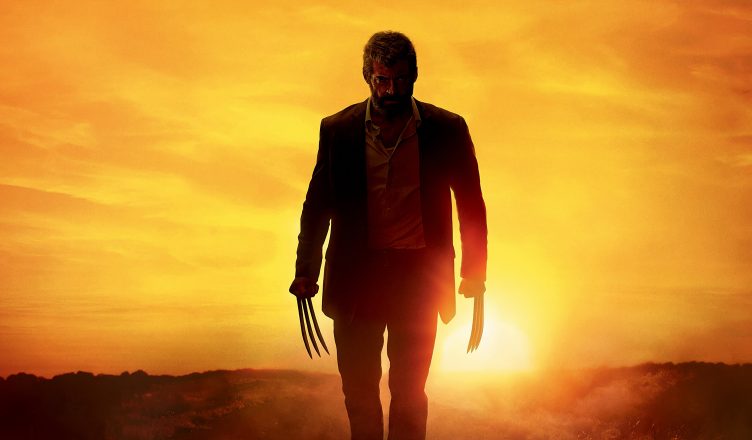 Logan sort of came out of the woodworks, there wasn’t this long hype that movies like Civil War, Batman v Superman or even Doctor Strange had, it just sort of shows up on March 3. It may have had a lack of hype, but it sure isn’t lacking on quality. After letting it simmer for a while, it actually is one of the most satisfactory superhero movies to date. Here is why:

So the plot of the movie is set in a near distant future, 2029, in a remote desert town near the Mexican border (apparently in 2029 there is no Trump “wall”). Refreshingly it looks no different then the world we live in today. Not futuristic at all. The mutants are pretty much extinct, besides Logan, Professor X and Caliban. These few remaining mutants are trying to hustle to survive. Logan is a limo driver for goodness sake! These are not the X-Men you are accustomed to, that’s for sure. Nothing fancy about them. A glimmer of new hope arrives in the form of a young girl that may be a a key to the future of the mutant race. That’s the premise of the movie.

The young girl and Logan are linked in more way than meets the eye. So what does Logan have in common with some 10-year-old girl? Well, for starters they both have claws and are the brooding types. Logan isn’t much of a talker, but compared to her he’s as charismatic as Jimmy Fallon. Even though she’s a mute, she certainly plays a vital and central role in the movie.

Don’t let the previews skew you, this is NOT a kid friendly movie by any means. Logan is the most gruesome, vicious and gory. Thanks can go to Deadpool for drawing up the blueprint and taking a bold chance on a R-rated superhero movie. Logan is the perfect movie to follow up on with the R-rating due to the character, this story,  as well as the Hugh Jackman and James Mangold team. They don’t hold back on the blood splattering. Slashing necks, guts, brains, it’s all in this movie. This is the kind of movie every adult X-Men, Wolverine and comic book fan could ever have desired. It was a unique decision to have a Rated-R movie feature a young kid so heavily, much less a young kid who collects as many kills as Logan. It’s a great send-off for Hugh Jackman to do things his way, and he does. Kudos to Mangold to inserting numerous easter eggs in the movie with references to the X-Men, as if they were a children’s fable. Good stuff.

So the X-Men aren’t in the movie, but that takes nothing away from the story. The relationship between Professor X and Logan is uniquely one that only they could tell together. This movie delves into their friendship that hasn’t been depicted in any X-Men movie before. The father-son relationship between them is evident in their interactions, even referenced at times. It’s the passing of the guard with the two main foundational X-Men characters given their proper due. Logan is an action packed movie that justifies the R-rating, but there are some real dramatic moments that makes the movie feel a lot more like a drama. It’s more of a movie than just a superhero comic book film. The characters mean something, they have a greater purpose.

Nitpicking time! How do you find fault in a great movie? Well, you nitpick. I wasn’t a big fan of the young girl Laura, played by Dafne Keen. The character was just to dull and even the destruction that she causes doesn’t justify her other on-screen moments that fall flat. Sure, she’s a mute, but there is nothing that makes you want to root for her character. If she’s the future of the X-Men franchise, then we may be in some trouble. There is no denying that she’s the potential face of the X23 mutants.

Even though this is a movie about Logan’s final stand the last hurray for the character, the lack of legitimate villains did take away an extra potential obstacle Logan must face in the story. Boyd Holbrook plays the one constant villain in the story, but he isn’t very threatening or imposing. If you get a sense that the girl could take him out with one swing, then he isn’t much of a threat.

You can’t go wrong with Logan. The final farewell is as good as you could expect it to be. Mangold was the perfect person to helm this project. The Wolverine/Logan character has gone through some forgettable times with some previous films, *cough, *cough, X-Men Origins: Wolverine, *cough, but this movie makes it all right. Jackman has given it his all to the character, so it was fitting this is a movie he goes out with. All you can ask for in life is the chance to do something your way, well, Jackman and Mangold do it their way.

Logan builds a bridge to the next chapter of X-Men, it’s what this movie is ultimately about, a bridge to the future. They successfully accomplish the passing of the baton, the only question remains is if the future can carry it with pride and build on the foundation that was laid for them. Our favorite characters might have grown to be old finally, but the memories from this movie will keep them fresh in our minds for a long time.