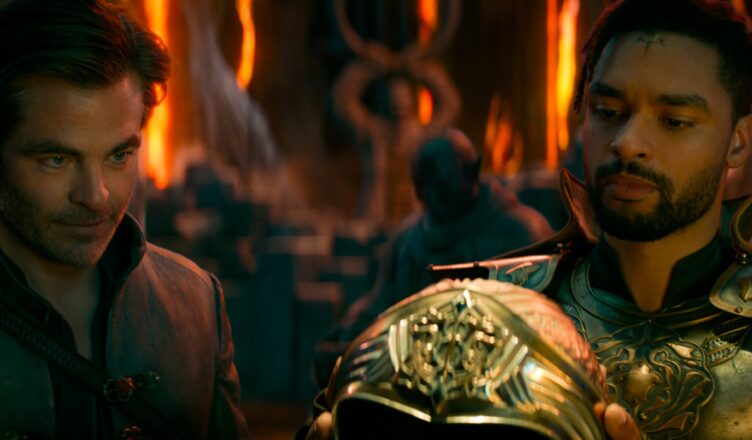 Synopsis: A charming thief and a band of unlikely adventurers undertake an epic heist to retrieve a lost relic, but things go dangerously awry when they run afoul of the wrong people.  Dungeons & Dragons: Honor Among Thieves brings the rich world and playful spirit of the legendary roleplaying game to the big screen in a hilarious and action-packed adventure.

The new movie is written and directed by Jonathan Goldstein & John Francis Daley. The trailer looks like fun and I like seeing Chris Pine in Sci-Fi roles like this. The Honor Among Thieves cast made an appearance at Hall H at the San Diego Comic-Con to promote the film. Looking at these photos it seems like Chris Pine might have been the most excited guy in the room:

Dungeons and Dragons: Honor Among Thieves will release in theaters on March 3rd, 2023.