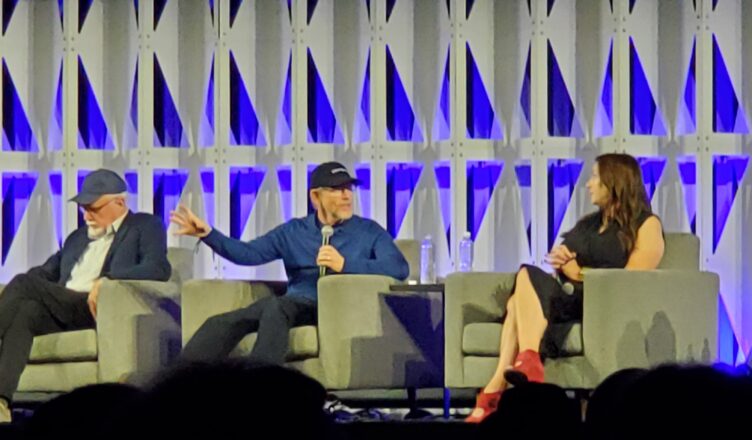 Industrial Light & Magic is George Lucas‘ vision. George’s vision is to bring artists, motorcycle mechanics, engineers, and other groups of creatives together. This is remarkably a group of individuals that didn’t seem like they would work together. George would ask his group of creatives to collaborate and help each other make effects and tools. What’s even more remarkable is that they work collaboratively without secrecy or conflict. 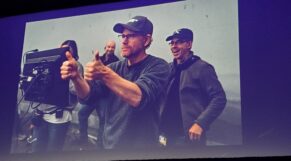 The creatives emphasize the importance of being very open and not keeping any secrets from each other. This foundation would allow for the inspiration of ideas by discussing perceived limitations and how to overcome them. The documentary will explore the story of “why” they do things the way they do rather than the “how”. Why they don’t keep secrets. Why the different backgrounds of creativity can work together to push the boundaries of film and beyond.

An important fact in the early days was that the company was growing and hiring new people to join ILM. Rose Duignan recalled joining ILM and during her interview with Lawrence Kasdan and, surprisingly, George Lucas. George had 2 questions for her during the interview “1. Can you write shorthand? 2. Can you start on Monday?” She shares that in the early days of ILM that the place was pretty messy. Most of the staff were in their 20s without children enabling them to work harder and longer with fewer outside responsibilities.

Joe Johnston was working as an industrial designer when he saw an ad that said they were looking for writers, artists, and painters to work on a space movie. He was working on industrial things like water softeners and bus seats. Now he can design stuff that doesn’t have to work and it just has to look great. Joe Johnston designed the tie fighters and the X-wings. He also worked on storyboards. The group went on to work on projects like T2, Jurassic Park, and more.

The 6-part documentary captures and shares what It was like founding ILM in the early days. A common statement among the folks on stage is that a lot of these things were forgotten until they watched the documentary. The footage is from 47 years ago and tells the story of ILM in ways everyone can understand from the inside out.

All episodes of “Light & Magic” premiere on July 27, exclusively on Disney+.