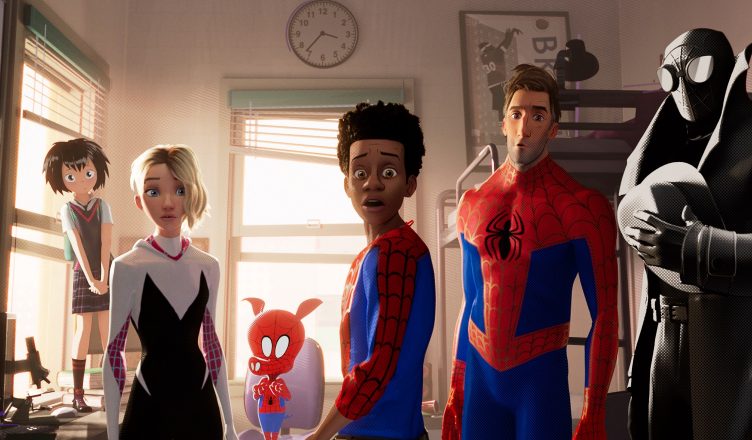 We recently learned some details about Oscar Isaac’s Spider-Man 2099. Another update is the news that this movie will have a LOT more characters than the first movie. The pleasure I had with seeing Miles interact with the Spider-Man variants in the first movie was an absolute pleasure. It sounds like we’re going to get a whole lot more of that in the sequel. We’re learning from Collider’s Steven Weintraub the following:

So @philiplord and @chrizmillr just said the #SpiderManAcrossTheSpiderVerse has 240 characters and takes place in 6 universes and 1,000 people are working on it.Also they are showing the first 15 minutes of the movie right now!

“Phil Lord and Chris Miller are on stage to talk Spider-Man: Across The Spider-Verse. The sequel is way, way bigger than the last one. It’s the largest crew of an animated movie ever,” says Chris Miller. This film has 240 characters. The first film had 40. Takes place on 6 universes.”

That’s a big increase in characters! I love the idea of so many characters interacting with Spider-Man. I can’t imagine which Spider-Man variants we’ll see next but I hope they squeeze in Superior. Who’s your favorite Spider-Man that you want in the sequels?