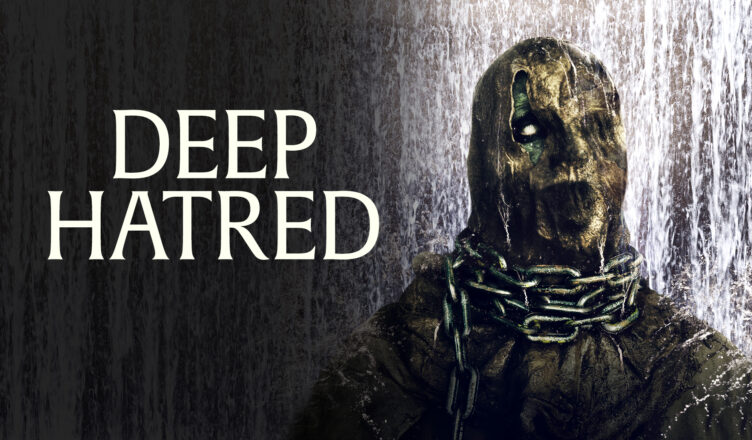 We’ve seen this before. A woman returns to her family home after the death of her father and soon learns that a family secret has put herself and her friends in danger. I feel like this plot has been overdone in horror movies but I’m always interested in what the big secret is at the end of these movies so I have to watch.

The acting in Deep Hatred was decent. It was better than I expected, but not very memorable. I was intrigued to learn the family “secret”. The appearance of creatures lurking through the house, the homemade “scarecrows'” designed to ward off evil spirits, the commune setting, and the creepy neighbors all contributed well to the overall spooky vibe. I thought the build-up was good and it kept me invested to see what was going to happen.

The actual “secret” was not very clear to me. A lot was going on towards the end when the plot was being revealed. I wasn’t sure what was going on at times. Although I thought the acting was decent at first, it fell off for me as the movie went on. It got boring. It’s a shame because it started out promising but then it went all over the place and lost me. In my opinion, a combination of these things essentially made this movie forgettable.

I wanted to like this movie. It had a seemingly interesting plot and had the potential to be more than what it was. It had many elements that could have made this movie work all the way through but failed to deliver. Not a complete bust but for me, it was just…meh. It does not have a long running time so if you have 74 minutes to kill, I say check it out. ‘Deep Hatred‘ will be available VOD on March 22, 2022.