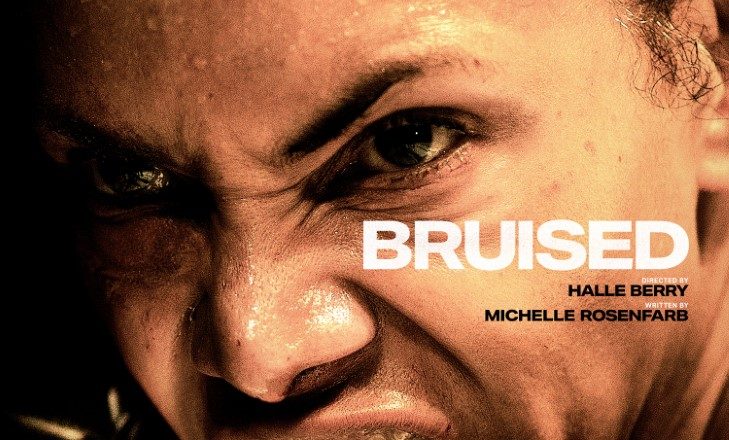 Jackie Justice (Halle Berry) is a mixed martial arts fighter who leaves the sport in disgrace. Down on her luck and simmering with rage and regret years after her fight, she’s coaxed into a brutal underground fight by her manager and boyfriend Desi (Adan Canto) and grabs the attention of a fight league promoter (Shamier Anderson) who promises Jackie a life back in the Octagon. But the road to redemption becomes unexpectedly personal when Manny (Danny Boyd, Jr.) — the son she gave up as an infant — shows up at her doorstep. Bruised marks the directorial debut of Academy Award winner Halle Berry and also stars Adriane Lenox, Sheila Atim, Valentina Shevchenko, and Stephen McKinley Henderson in a triumphant story of a fighter who reclaims her power, in and out of the ring, when everyone has counted her out. 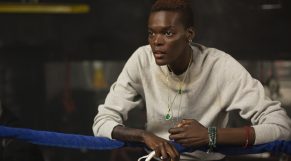 Bruised features some fantastic casting with Halle Berry leading. While watching I noticed myself asking out loud who is this person playing  Buddhakan? I love her! Sheila Atim gave me a great first impression and her character is one of the many highlights in Bruised. Shamier Anderson is also in Bruised and I’m enjoying each of his performances! Rounding things out is Adriane Lenox  performing as Jackie’s mother Angel and delivers a great performance. I haven’t been this disappointed in a mother since Precious.

There is some really good and thought out writing in Bruised. This movie does everything from the dialogue to the pacing really well and Bruised immediately immerses you in its world. I love that moment when Jackie’s son, Manny, was dropped off by her mother Angel. You could feel Jackie’s emotional conflict without her saying a word and then she just takes off running! I also like nickname she made for her son and herself (Big and Little). The symbolism of her efforts to make a relationship with Manny are very strong. I didn’t initially understand the impact Manny has on Jackie’s life. Jackie transforms into a mother for her son when he arrives is like watching someone transitioning from a selfish child into a selfless adult right before my eyes. This is a beautiful character arc to watch and I found myself relating to her process as a father. 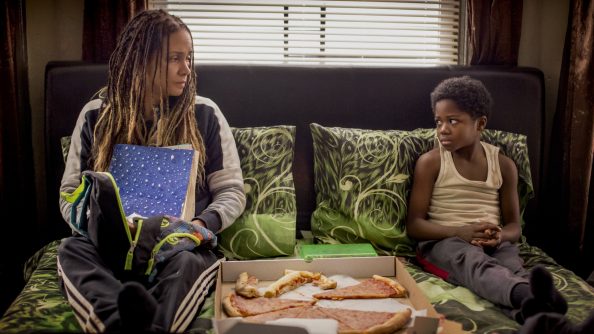 Bruised may be a 2+ hour movie but it never has a dull moment. There are some thoughtful interjections of humor and action throughout Bruised that really make it entertaining to just put on and watch. Bruised also manages to stick the landing because everything in the last third of the film was really good and subverted expectations. Bruised also finds a way to end with a good UFC fights and Halle and company did a great job in choreographing a fun in-ring story and fight. I am not a hardcore UFC fan but I thought they did a good job of telling a story in that fights and I honestly thought it seemed believable. 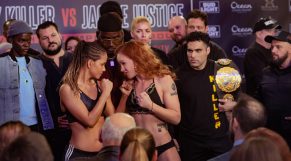 The story does get a little overly dramatic and cheesy at times but they are definitely tolerable. Everything with Jackie’s boyfriend Desi is predictable and distracting from Jackie’s progression into her final form. It’s moments with Desi and Angel that really makes Bruised feel overly dramatic and forced at times. Bruised also borrows heavily from other similar films like Creed to the point where it seems unoriginal. We have seen the underdog fighter work their way back into action most famously in the Rocky and Creed films.

Really good movie! Halle Berry, at 55, is in incredible shape and made me believe she was actually a woman in her 30’s. Halle Berry doesn’t age. I know I’m a movie critic and I’m supposed to be reviewing a film but Halle is 55 playing someone in their early 30’s. Shamier Anderson and Sheila Atim are names to look forward to from now on and have earned a spot on my radar.