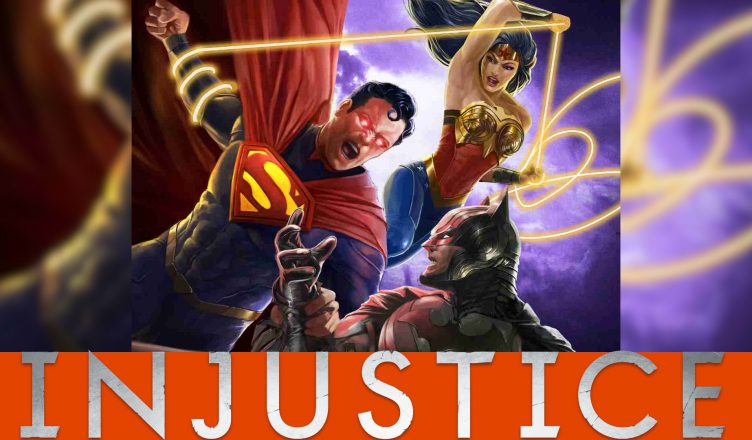 This Injustice movie adapts a story that takes place in an alternate DC Universe that is very similar to the main DC Universe that most people are familiar with. For the most part the major things are the same like Superman is married to Lois Lane, Batman fights crime out of Gotham with his Bat Family, and the Justice League are the good guys. 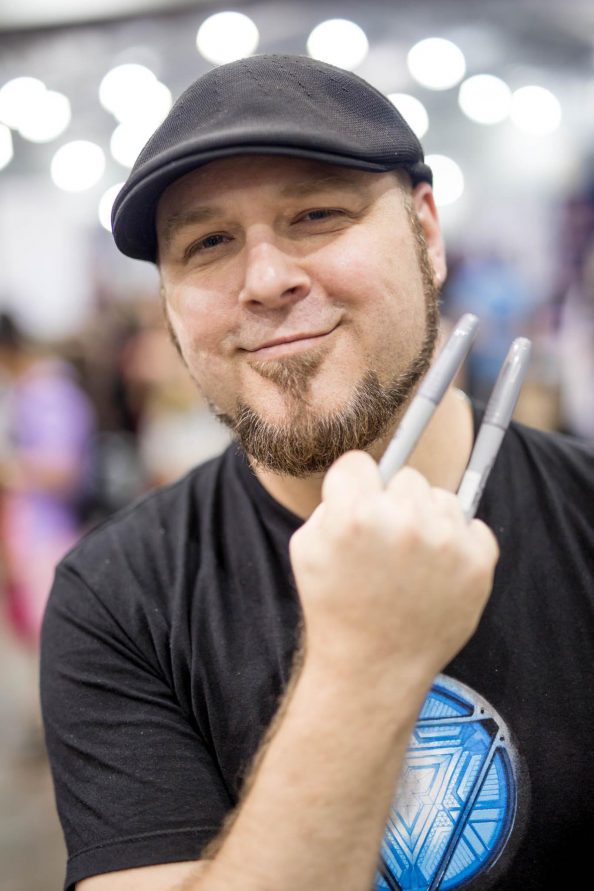 The Injustice movie is an adaptation of a Tom Taylor written comic series in which the Joker decides that he wants to try his brand of mischief with Superman. Now we all know that Batman and the Joker have a long history together but what we don’t often see is Batman’s villains taking on heroes outside the Bat-Family. I get excited any time I see the Joker creep up in other parts of the DC Universe because, for the most part, those heroes have no IDEA the kind of mayhem that the Joker is going to rain down on them so it’s kinda cool to see Joker in the bright and sunny backdrop of Metropolis.

Now the Joker takes it upon himself to turn Superman’s life upside down and he does this in brutal fashion by killing Jimmy Olsen and kidnapping Lois Lane right off the bat. Now he does this IMMEDIATELY after we learn that Lois is pregnant with her and Clark’s child. Superman panic’s and rushes to Batman for help to track down Lois. Batman calls in a priority alert to the Justice League and it’s all hands on deck. Now let’s pause for a moment. The relationship between Superman and Lois Lane is probably one of the most famous romances in literature. I would argue that Superman and Lois Lane are up there with Romeo and Juliet with the general public so we know immediately that Superman is losing his mind over the idea and immediately sends Batman in a mindset to help his friend. 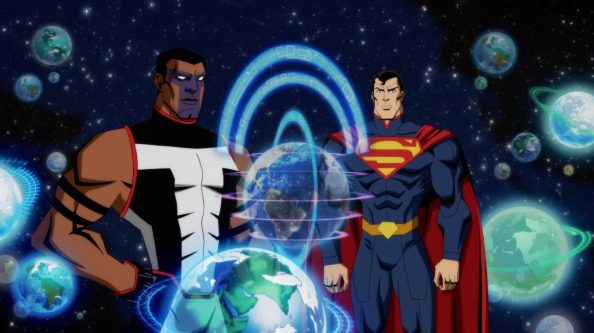 Now you’ll notice immediately that the Superman’s costume is similar to his main DCU counterpart with some key differences. His cape there is attached directly to the symbol on his chest, he has the neck cuff things from the New 52, and a few other changes and it’s kinda cool that they borrow so much from the different universes to bring this all together.

What I like about things so far is that they’re almost directly lifted from the comic. Tom Taylor did an excellent job of introducing us into this story and setting the stage for what comes next and this adaptation does it justice by a respectable adaptation without changing anything because it just worked so well. Nothing needed changing and it’s amazing to see this story in animated form.

Fast forward and we learn the Joker also killed the Scarecrow and stole some Kryptonite. Batman eventually finds the location of the Joker and Harley Quinn in a submarine and Superman speeds off to intercept. Now this is the part where things are tragic but AMAZING because the Joker does something that I don’t know if I’ve ever seen in comics before and that’s combine Kryptonite with scare crows fear toxin. Superman flies into the submarine breathing in a gas he’s not paying much attention too and before he knows it he finds Joker, Harley and what appears to be Doomsday. He intercepts Doomsday and flies off the space to find out that what he’s seeing isn’t real and he’s just killed the love of his life and their unborn child. 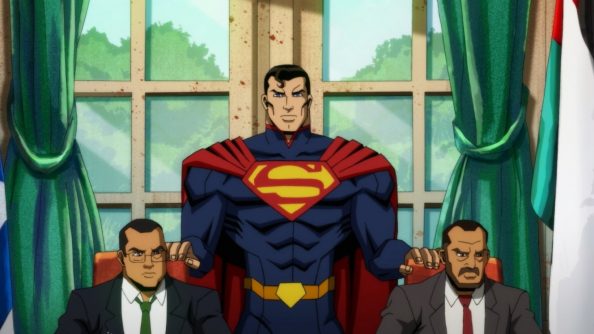 This sets off the chain of events in which Superman decides to implement a global police state, toppling governments, and determined to make changes to world to prevent any innocent suffering ever again.

Now like I said this story is Amazing and even though this isn’t the first time we’ve seen a villainous Superman this is the first time I remember one rising out of tragedy like this and I love this. It’s like we almost can relate to his rage and his decision making because of his tragedy.

The writing is amazing. I was curious how DC planned on adapting the Injustice Movie since the original Injustice story ran for years across dozens of comics in the DCU. It took an extremely long time for Batman and his forces to overcome Superman and his team of heroes who turned villain but DC does a pretty good job here. The plot moves forward at a really nice pace and reaches a satisfying conclusion in a remarkably reasonable way. 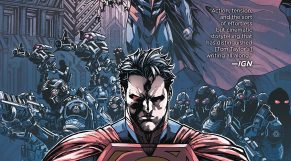 I struggle with not comparing this story to the comic since it’s an adaptation but standing on its own I think this is one of the best Justice League stories ever.

The animation is also pretty cool. I’d gotten used to the animation style used with the New 52 adapted films but this style is equally enjoyable as it almost looks like a comic in motion with think outlines and values used for shadowing. I like the redesigns of the characters’ costumes and how they look here and I especially love the action scenes as they seem extremely well thought out and visceral.

The voice acting was really spot on here too! I am, for better or worse, one of those that grew up watching the DCAU from Batman TAS and the Justice league cartoons and I lets be honest, NO ONE should voice these characters except the actors from those shows but if someone MUST voice these characters, this cast did a really great job.

The Injustice movie doesn’t have many negative attributes. The one thing I would say is it left me wanting more and I wouldn’t mind if they had broken it out into multiple films to expand on the stories and characters. 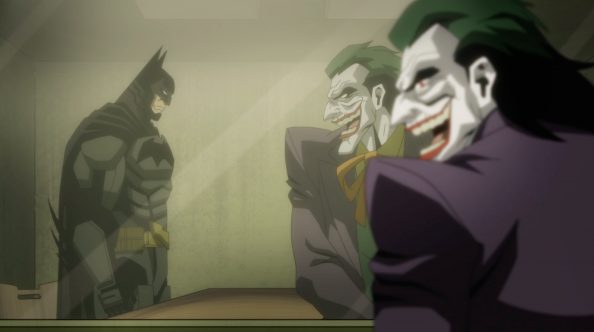 This was easily one of the best DC animated films in recent memory. I am not a fan of a lot of the New 52 adapted films but if DC continues to crank out these amazing adaptations of some of their better stories then I can’t help but want to tune in for more.

What did you guys think of this movie? Did you like the changes? What characters from the comic or game would you have liked to see in the movie?

Let me know and let’s discuss in the comments. That’s all I have for this one so I’ll check you guys later. PEACE.