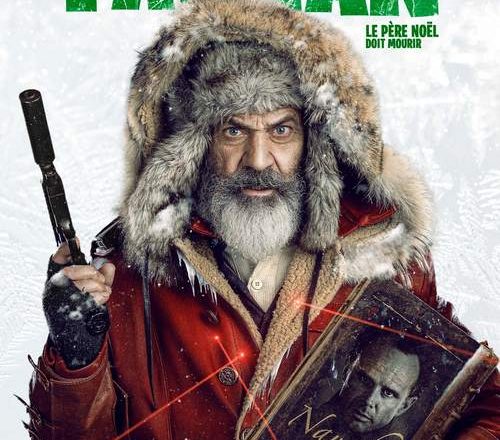 In most Christmas movies you may have come across the fat and jolly Santa Claus creeping into houses and leaving presents for children. But what if this time Santa flexes up his muscles for some real deal action? You read that right and that’s what happens in Hollywood’s dark fantasy comedy “Fatman”!

Co-written and co-directed by Eshom and Ian Nelms, Fatman stars Hollywood’s original action hero Mel Gibson in the role of the iconic Christmas character Chris Cringle who is also popularly known as “Santa Claus”. Marianne Jean-Baptiste plays Chris’ wife Ruth or Mrs. Claus. Walton Goggins stars as a hitman named Jonathan Miller who is on a mission to “kill” Santa. I wonder, how will he? Santa’s supposed to be immortal, isn’t he? Well, we will surely find out what happens next!

The story begins and Santa Claus is shown living happily with his wife in North Peak, Alaska where he runs a Christmas present shop on a farm. But he isn’t really that “happy” because things are not going well and his income is on its downfall as many children are turning up against him. And why not?! After all, Santa has started punishing them in his own way and the children are getting the kind of presents that they never ever asked for!

Now the U.S. government, which happens to own a share in Santa’s Christmas present business, sends Army Commander Captain Jacobs (Robert Bockstael) to propose a contract to him for producing components for a new U.S. military jet fighter. Santa sets to work on the contract with the persuasion of his wife.

The story moves to Christmas Eve, and a rich, spoilt and selfish brat named Billy (Chance Hurstfield) fell victim to Santa’s punishment upon receiving a lump of coal from him. This angered Billy and he sought revenge against Santa by hiring Jonathan Miller personally for killing him. But is it really that easy to locate someone like Santa? Not really, as Miller indeed had a real tough time doing so! After several futile attempts, Miller finally was able to track down Santa at his North Peak farm.

Santa was working on the government’s fighter jet component contract and was surrounded by U.S. Army guards. Miller invaded Santa’s compound and killed all the guards. One of the elves who worked for Santa discovered Miller on his killing spree inside the compound and raised a warning alarm. Miller had already planned to blow up Santa’s workshop and at the peak of the moment Captain Jacobs managed to evacuate the workers at the cost of his own life before the workshop blew up.

Now, it was Santa vs Miller! A horrific fight broke up between the two. The fight continued and Santa was already on the verge of overpowering Miller. However, things took a turn for the worst and Miller suddenly injured Santa with a spring blade and then shot him in the eye! Santa fell dead. But was he really dead?

In the meantime Mrs. Claus intervened and shot Miller dead. As everyone is familiar to the fact that Santa Claus is immortal, he came back to life with all his injuries vanished into thin air!

The final scene shows Santa and his wife visiting Billy and giving him a warning that if he or any other children are “bad kids” again then from now on they all are going to face the wrath of Santa Claus! Following this, Santa and his wife came back to their destructed workshop and with the help of their elf crew, started rebuilding it once again.

Christmas movies are my all time favorites on account of their astounding visual effects. Starting from the snowmen, Santa’s reindeer sleigh to the enchanting night atmosphere on Christmas Eve, everything had fascinated me since my childhood.

The cinematography by Johnny Derango quite lived up to my expectations and made Fatman a Christmas visual treat. Though this movie was released during the month of November 2020, I still felt as if I was surrounded by the December Christmas essence from the very start till the end. Of course, the immaculate editing by Traton Lee too had a significant role in amplifying the movie’s Christmas time atmosphere.

I must say the character play grasped me to the extent that after watching Fatman, now when I think of Santa Claus, I usually visualize him as Mel Gibson! Besides, Santa living with his wife in a remote farm in Alaska and having his own elf gang made the story even more interesting.

Chance Hurstfield as the bad Billy and Goggins as his personal hitman Miller spiced up the deal even more. Their intriguing villainous presences are enough to add some thrill to the viewer’s mind.

Another good thing about Fatman is that it counters race discrimination to some extent by showing Santa and his wife as an interracial couple. Marianne Jean-Baptiste’s role as Santa’s wife added to the movie’s essence and she seemed a great fit for the role. After all, she has a major role to play as she was the one who saved Santa at the end by killing Miller.

The legendary Mad Max has aged. But age cannot defy his action stunts! Even as Santa Claus, our star has taken his lethal action to the next level in Fatman. Gibson with his heroic presence makes the Christmas atmosphere turn raw with guns, punches and blood. For sure, nobody would want to mess with Santa this time!

Made A Joke Out Of Santa Claus 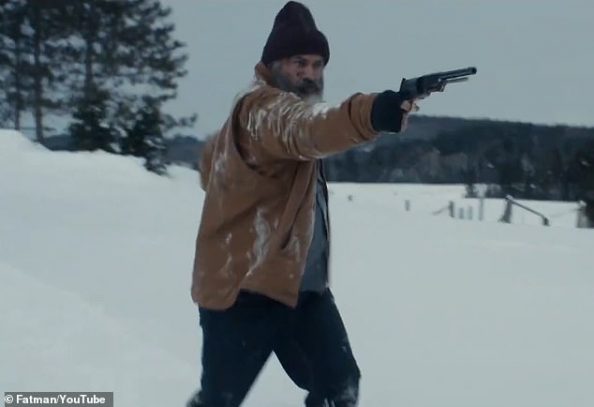 Honestly, I enjoyed Santa’s raw action, but for heaven’s sake! Isn’t this supposed to be the same old children’s favorite Christmas saint Santa? However, Fatman portrays otherwise. I think this movie made Santa appear as a dark vicious character, more like a frustrated man with things not going well in his life. Even the children are against him!

I also felt that the movie made a mockery out of Santa as it shows him to be thriving for existence. I enjoyed all the action but nevertheless, a legendary Godly character like Santa Claus fighting with a hitman made the movie’s environment utterly displeasing. Not a thing which many of you might enjoy as all this truly hampers the image of Santa Claus. I think by showing this, Fatman has done nothing more than spoiling the “Christmas Spirit”.

I still could digest Santa Claus’ “cheap fight” with a goon. But, the last thing I would have wanted to see in a Christmas movie is the governmental involvement. I feel that the U.S. Army jet fighter component plan put in a Christmas-themed movie like Fatman made matters even more complicated. Honestly, such an illogical element does nothing good for the plot rather than making it more cumbersome.

I believe Fatman portrays Santa just like any other ordinary human being who can be assassinated. Why on earth would some kid have a grudge against him and go up to the extent of hiring a hitman to murder him? The plot might be interesting but if you look at it at an analyzing point of view, it is direly absurd.

Fatman also goes on to reveal the authoritative nature of the U.S. government in every matter. I must say authoritative to the extent that they didn’t even spare someone like Santa Claus and has a hold on his business too! The most absurd element in Fatman is the fact that apart from giving presents, Santa is an engineer as well who designs aeronautical components in his workshop.

The plot might look nonsensical, but if you happen to be an action lover like me and want to indulge in viewing some hardcore fight sequences involving a violent Santa, just go for Fatman! 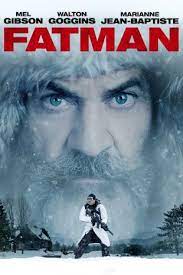